The Mekong River Unrest: The Battle For Water 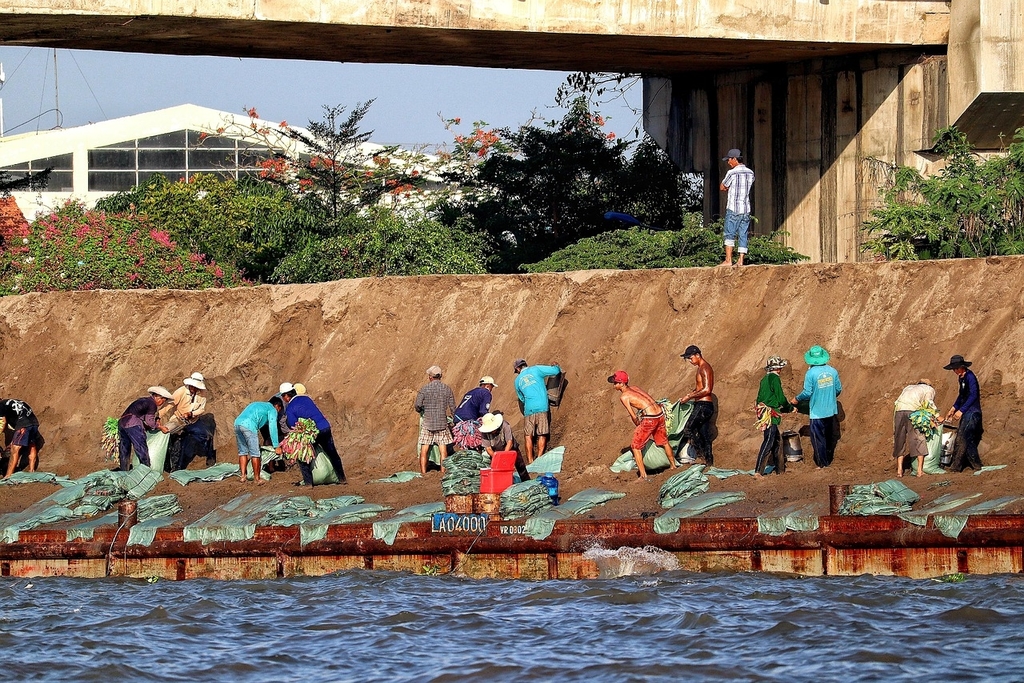 A study has found that China’s Mekong River dams held back large amounts of water during a damaging drought in downstream countries in 2019 despite China experiencing higher-than-average water levels upstream.

China disputed the findings, saying that there was low rainfall during last year’s monsoon season on its portion of the 4 350km river.

However, satellite imagery of surface wetness in China’s Yunnan province, through which the Upper Mekong flows, suggest the region in 2019 actually had slightly above-average combined rainfall and snowmelt during the May to October wet season.

Last year’s drought, which saw the Lower Mekong at its lowest levels in more than 50 years, devastated farmers and fisherman and saw the river recede to expose sandbanks along some stretches, with some parts drying up entirely when fishing should have been plentiful. At one gauge in Chiang Saen in northern Thailand, such low water levels had never been recorded before.

Alan Basist, co-author of the report, and his colleague studied this gauge over a 28-year period and calculated that dams in China had held back more than 410 feet of river height.

The river supports 60 million people as it flows past Laos, Myanmar, Thailand and through Cambodia and Vietnam. Beijing’s control of the upstream Mekong provides as much as 70% of the downstream water in the dry season.

“If the Chinese are stating that they were not contributing to the drought, the data does not support that position,” stated Basist. “There was a huge volume of water that was being held back in China”, Basist added.

Adding to the downstream woes were sudden releases of water from China, which often came unannounced and drowned crops that had been planted near the banks because of the drought. Local fisheries have complained that their catches have faced a very steep decline, while agriculture harvests are stagnant as a result of the persistent droughts and unpredictable floods.

Studies by the Mekong River Commission, an intergovernmental organisation that works with governments of Laos, Cambodia, Thailand and Vietnam to jointly manage the shared water resources and the sustainable development of the river, further predicts that the decrease of local agricultural production will result in these countries being over-dependent on China for food imports, ‘making them even more vulnerable to Chinese influence’.

In February, the Chinese foreign minister had asserted to regional foreign ministers that China was suffering from the drought as well. He added that even in the unprecedented times of the coronavirus outbreak, the government was being magnanimous in sending water downstream’. Basist, however, refutes this claim.

“You look at our mapping, and it’s bright blue with plenty of water in China and bright red from an extreme lack of water in Thailand and Cambodia,” he said. “China can regulate this river flow through dams and that appears to be exactly what it’s doing”.

He adds, “The satellite data doesn’t lie, and there was plenty of water in the Tibetan Plateau, even as countries like Cambodia and Thailand were under extreme duress. There was just a huge volume of water that was being held back in China.”

Today, the Chinese section of the river in the southwest of the nation has 11 damns, which produce more power than the region needs. These water reserves in China are swelling, as dam reservoirs fill with the glacial melt that has fed into the River for thousands of years.

Basist says, “Glaciers are bank accounts of water but with climate change they’re melting fast. The Chinese are building safe deposit boxes on the upper Mekong because they know the bank account is going to be depleted eventually and they want to keep it in reserve.”

Since China doesn’t have any formal water treaties with countries in the lower Mekong regions, cooperation between the countries is poor. The Mekong River Commission works with the governments of Laos, Cambodia, Thailand and Vietnam, but China is noticeably absent.