The Polar Regions in a 2°C Warmer World 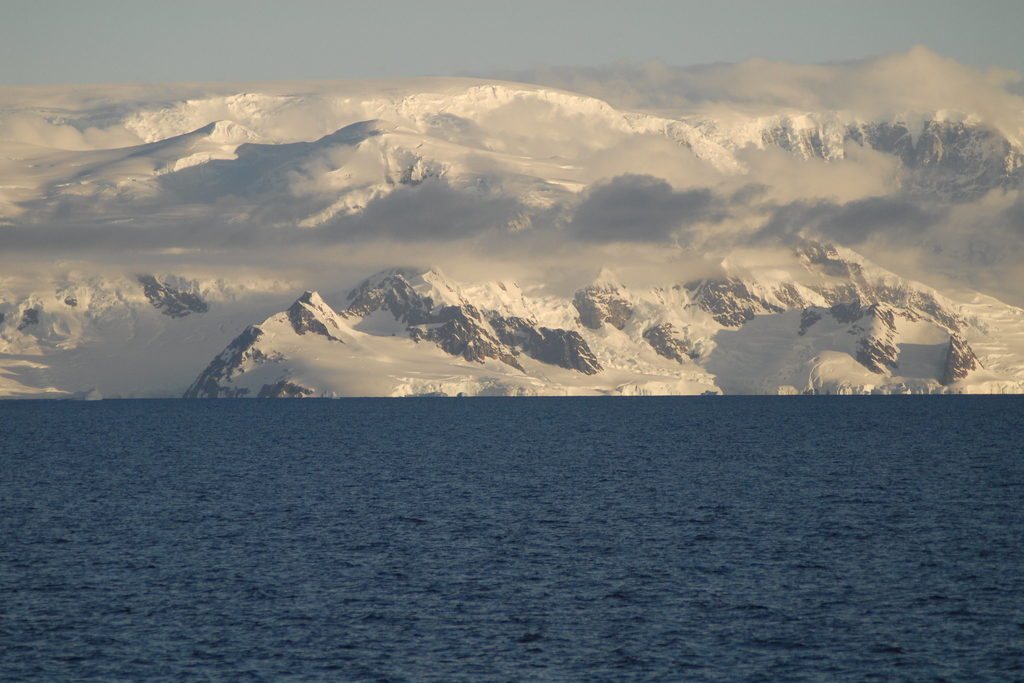 A new study from the University of California Davis has revealed how rapidly the polar regions are warming and examines the global consequences of continued polar warming.

Published in the journal Science Advances, the study reports that the Arctic has warmed by 0.75°C over the past decade alone. By comparison, the Earth as a whole has warmed by 0.8°C since the late 19th century.

“Many of the changes over the past decade are so dramatic they make you wonder what the next decade of warming will bring,” says lead author Eric Post, a professor of climate change ecology at the university.

As Earth approaches 2°C warming by 2100, the Arctic and Antarctic may reach 4°C and 2°C mean annual warming respectively. “Under a business-as-usual scenario, the Earth as a whole may reach that milestone in about 40 years. But the Arctic is already there during some months of the year, and it could reach 2°C on an annual mean basis as soon as 25 years before the rest of the planet,” Post says.

One of the major potential consequences of warming in the polar regions is the development of an ice-free summer Arctic Ocean which may be realised within a few decades, affecting Arctic marine mammal’s movements and feeding as well as the human communities that rely on these animals for food and fuel. Polar bears as an example will have to spend more time foraging for food on land or risk unstable sea ice or open water.

As species from the south relocate northward in search of colder climates, they are likely to displace Arctic species (who are unable to migrate northward because of the Arctic Ocean).

Furthermore, expected increases in human activity, such as offshore oil and gas drilling and trans-Atlantic shipping will affect the animals living in these areas. Improved monitoring will be important for improving these animals’ population status by continuously developing adaptive management and conservation policies.

The most recent IPCC projection for sea level rise by 2100 is approximately 0.5m even under an emissions mitigation scenario. This rise can be mostly attributed to thermal expansion of ocean water and melting mountain glaciers.

Warming above a ‘survival’ threshold, previously estimated as 1° to 4°C above pre-industrial temperatures, may cause loss of most of the Greenland ice sheet (GiS) over the following centuries. The collapse of the Thwaites Glacier and other Antarctic water sources could contribute more than 3m to global sea level rise over less than a century. Further warming could extend these processes into marine basins of the East Antarctic Ice Sheet (EAIS), potentially adding an additional 12m or more of sea level rise further in the future. Geoengineering solutions have been proposed, but grave difficulties remain.

Increased warming associated with sea-ice loss may increase the probability of the Northern Hemisphere experiencing more deadly heatwaves and wildfires, among other extreme weather events. The California drought of 2011- 2017 has been linked to changing arctic conditions.

Methane has 30 times the heat-trapping capacity of carbon dioxide. Future warming could substantially increase these methane emissions from wetlands and permafrost decomposition, serving as a positive feedback to warming of the global climate system. Under business-as-usual emissions, total wetland areas will increase by 13% by 2100, and global methane emissions will nearly double relative to current levels.

Climate change is projected to cause vegetation shifts because rising temperatures favour taller, denser vegetation, and will thus promote the expansion of forests into the arctic tundra, and tundra into the polar deserts.

This process will cause a decrease in surface reflectivity, amplifying global warming because the newly forested areas will be darker and more textured and thus will absorb more solar radiation than the lighter, cooler tundra. Additionally, expanding forests mask highly reflective snow. This darkening will create a feedback loop whereby more warming will lead to more trees and forest cover, which will cause more warming, and so on.

Global warming is projected to advance the potential for commercial crop production northward throughout this century, with some crops now suitable only for the warmer parts of the boreal region becoming suitable as far north as the Arctic Circle. Average annual yield potential is likely to increase as the probability of low temperatures that limit growth is reduced. However, in warmer areas, increased warmth during the growing season may cause decreases in yields since higher temperatures speed development, reducing time to accumulate dry matter.

Unless irrigation is used, water stress is likely to negatively affect crop yields and water limitation is likely to become more important than temperature limitations for many crops in much of the region.

The challenges that will inevitably arise from increasing access to the polar regions and global pressure for resources cannot be managed by one nation in isolation.

Existing monitoring programs, such as the US Arctic Observing Network and the British Antarctic Survey, are well-developed in the polar regions and these efforts should be maintained and expanded to allow for effective scenario planning and policy development.

The Antarctic Treaty seeks to regulate international relations with respect to Antarctica, however, increasing risks of intrusion by private vessels and pressure to exploit Antarctic fisheries and mineral resources have led to calls for modifications to the treaty.

No comprehensive agreement like the Antarctic Treaty covers the Arctic. However, several relevant treaties and agreements are in place including The Agreement to Prevent Unregulated High Seas Fisheries in the Central Arctic Ocean, signed in 2018.

In the absence of efforts to curb or reduce carbon emissions over the next two to four decades, warming, especially in the northern high latitudes, is likely to accelerate. Given the implications of this warming, it is essential to also accelerate efforts to better understand, prepare for, and be able to address the environmental, ecological, and societal changes that will result from continued high-latitude warming.