Tosqueras: The Deadly Lakes in Argentina That Require Prompt Attention 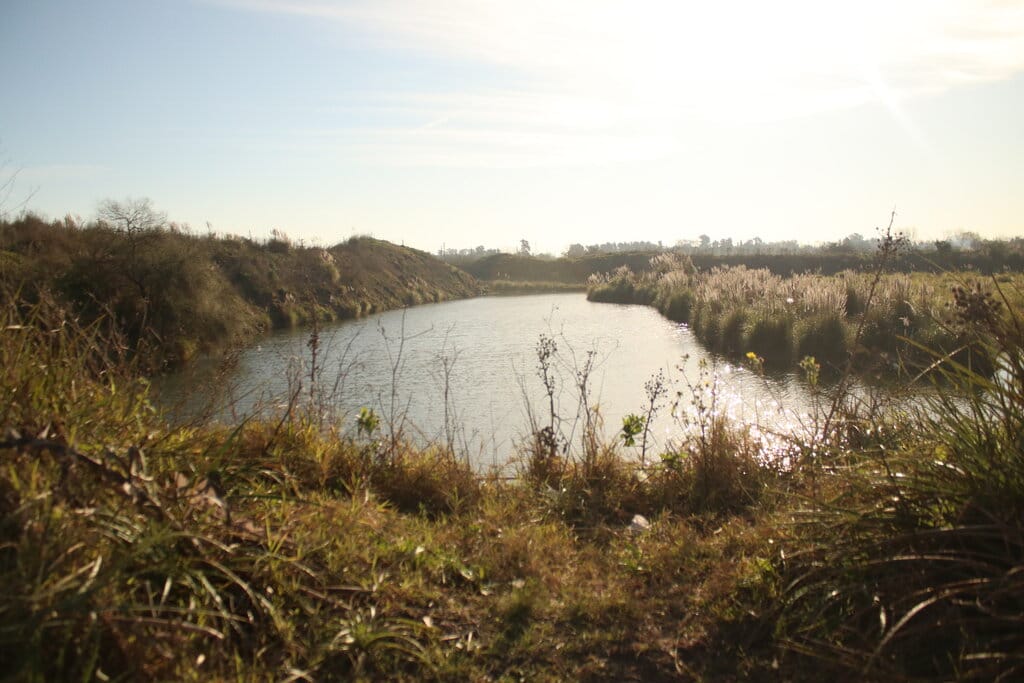 Tosqueras are artificial lakes in Argentina that look like the perfect spot for a hot summer-day dip, but they are in fact responsible for at least 20 deaths since the year 2000. They are the outcome of huge cavities in the ground dug by construction companies seeking to extract a material known as “tosca”, which is of vital importance for construction. These cavities are then abandoned: they are not signalled, fenced or guarded, and they are slowly filled with rain and groundwater. With freezing strong currents, swampy soil, algae and different kinds of junk at the bottom, they become death traps. Here’s why they require prompt attention from the government and how you can help.

Why Are Tosqueras So Dangerous?

Tosqueras are the result of mining operations: as stated above, they are created by construction companies digging into the ground to obtain a material known as “tosca”. This is a reddish-coloured soil that is in great demand; because of its high resistance, it serves as a base for large constructions. It is used for buildings, roads, highways, and large-scale public projects.

A lack of official data leads to contradicting information: some sources say that the cavities are between five to 25 metres deep, while others give a range of 12 to 15, and some even claiming that they can be as deep as 50 metres. In any case, the cavities are slowly filled with rain and groundwater, and trenches of different depths lead to big differences in temperature – which in turn give rise to strong currents, as explained by Gustavo Cano, President of the Institute of Science and Technology for Regional Development. On the other hand, as noted by Leonardo Silva (senior assistant at the Fire Department in the city of Pilar), the bottom of these artificial lakes is usually full of  junk such as car remains, and sometimes there is also algae, both of which can bring about deathly entanglements. In addition, the swampy soil can resemble quicksand.

The tosqueras are especially dangerous during the summer, as people see birds, lush green surroundings and clear water, it seems the perfect landscape for anyone that wants to cool off in the heat. Incidentally, since 2010, Argentina has consistently registered some of the warmest years in history, making people in poor neighbourhoods more vulnerable as they have nowhere else to go for a swim. “Tosqueras are pools for the poor, reminding us of how the the map of poverty coincides with the map of environmental degradation,” says the mother of Lautaro Aguirre Mora, an 18-year-old that drowned in one of them in 2014. People from a wide range of ages have died swimming or fishing, although again, there is no official nationwide data. Therefore, it is not known exactly how many tosqueras are abandoned nor how many deaths they have caused.

Tosqueras Are An Environmental Liability

These tosqueras are an environmental liability, as they were generated by human activity that has ceased over time, and after progressive deterioration, they currently represent a risk to the environment and the quality of life of the people around them.

In 1995, Argentina enacted a law to regulate mining activity. This law stipulates that companies that exploit natural areas are responsible for their rehabilitation in the event of environmental damage. While this legally prevents the creation of more tosqueras, there are still two problems: firstly, most tosqueras were made before the law was imposed (as this mining activity peaked in the early 90s, when there was no legislation around it); and secondly, the sad reality is that construction companies fail to comply with the law in different ways.

In an article for the collective newspaper El Tiempo Argentino, Manuel Alfieri claims that in the district of La Matanza, authoritative order 10.424 states that: “the premises destined to this type of exploitation must have barbed wire perimeter and signs indicating the activity (…) In addition, there must be 24-hour surveillance personnel”. However, Alfieri argues, the law is not complied with or enforced: “We have denounced countless times the lack of effective controls, which have resulted in dozens of deaths in La Matanza and surrounding municipalities, without getting any kind of response,” said Gustavo Bogado, a resident of Catán who for years has been demanding for the state to pay attention to the issue.

In addition, a legal loophole of sorts allows companies to avoid responsibility: the National Mining Code specifies that mining activity is public, transferring obligations of its control to each provincial state. However, land owners own the mineral resources in their land, and so they are directly responsible for what happens in it. However, once the tosqueras are abandoned, the owners disappear and the land is left vacant, so no one is seemingly responsible (neither the state nor the former owner) for the contamination that is generated.

The threat that tosqueras pose to poverty-stricken areas and the lack of official data around the issue highlight the need for prompt attention from the government. Luckily, there is plenty that can be done, and various initiatives have already made a big difference or show great potential.

Leandro Varela, president of the NGO Nuevo Ambiente, admits that refilling the cavities with soil is not really an option, as this would create a cavity somewhere else. However, he proposes to “think of packages of recycled garbage that could be used as cavity fillers.” He also highlights the importance of at least marking the area as high-risk, which he calls “a minimal investment” for the private company and/or the state.

Understandably, people whose personal lives have been directly impacted have also decided to take a stand. Ninfa Mora, mother of the aforementioned victim in 2014, organised protests every third Sunday of the month; met with local and municipal authorities; and found support in social organisations until her claim was taken seriously. It wasn’t until late 2021, when the authorities started fencing the tosquera in which her son drowned in – after two more people had also drowned in it. It was also because of Ninfa Mora and her relentless fight that more platforms and news outlets covered the issue. At a recent protest, Mora thanked the journalist Augustina Grasso, who was only a student when Mora’s son drowned, but has supported her and her fight for justice ever since.

In fact, in August 2021, Grasso created the hashtag #bastademuertesportosqueras (no more deaths due to tosqueras) and launched an initiative that aims to create a national registry of all the tosqueras and their victims. This is, on the one hand, to honour the lives lost, and on the other, to “gather data that helps shape solutions” (Grasso). The initiative consists of a digital form in which people can fill out the details about any tosquera: the location; what it looks like; whether people live nearby; whether people have died; how many and their names, if any; who the land belongs to; and what the best possible solution might be (a fence, filling it up, making a public park out of it). This is part of a larger campaign set in motion by Grasso alongside sociologists, environmental lawyers, activists, and other journalists. 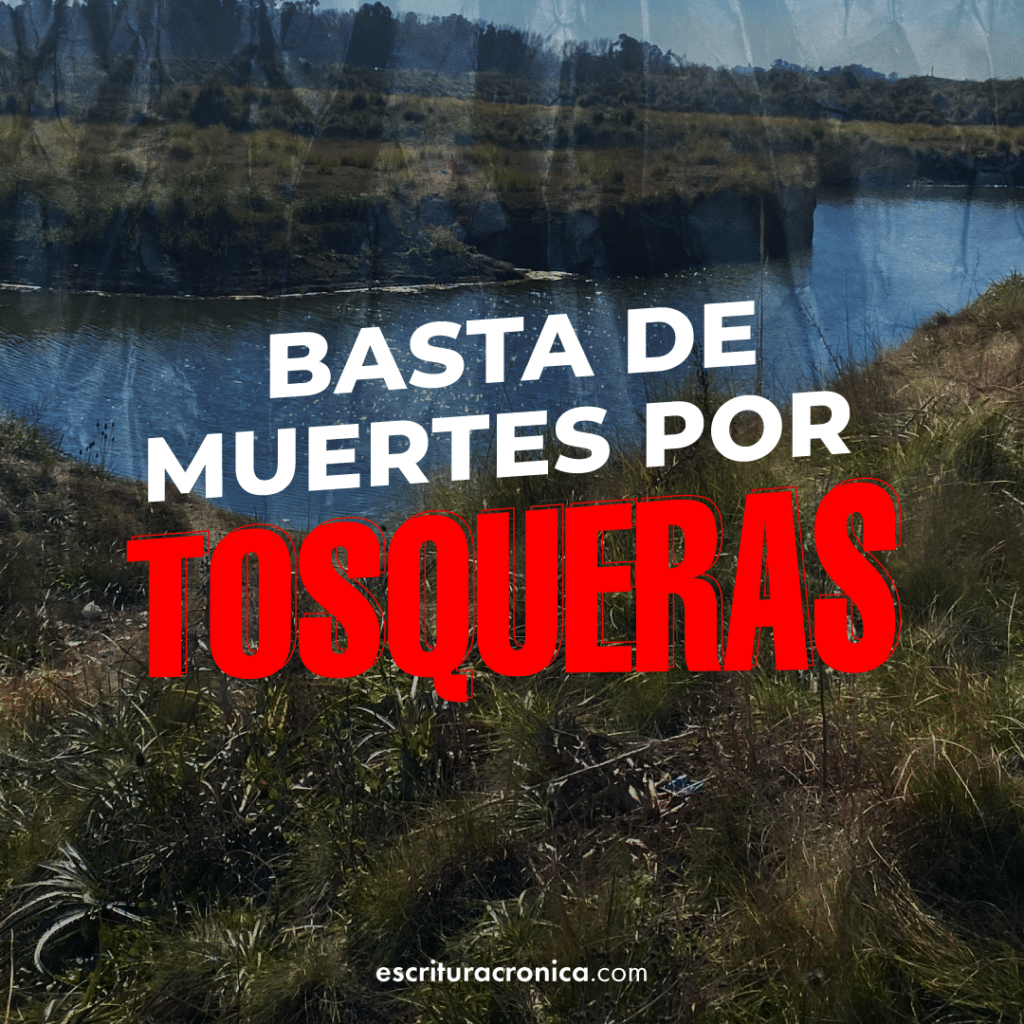 The campaign demands the following:

The campaign also drew up a petition on Change.org for the public to put pressure on Argentinian authorities, which you can sign here. 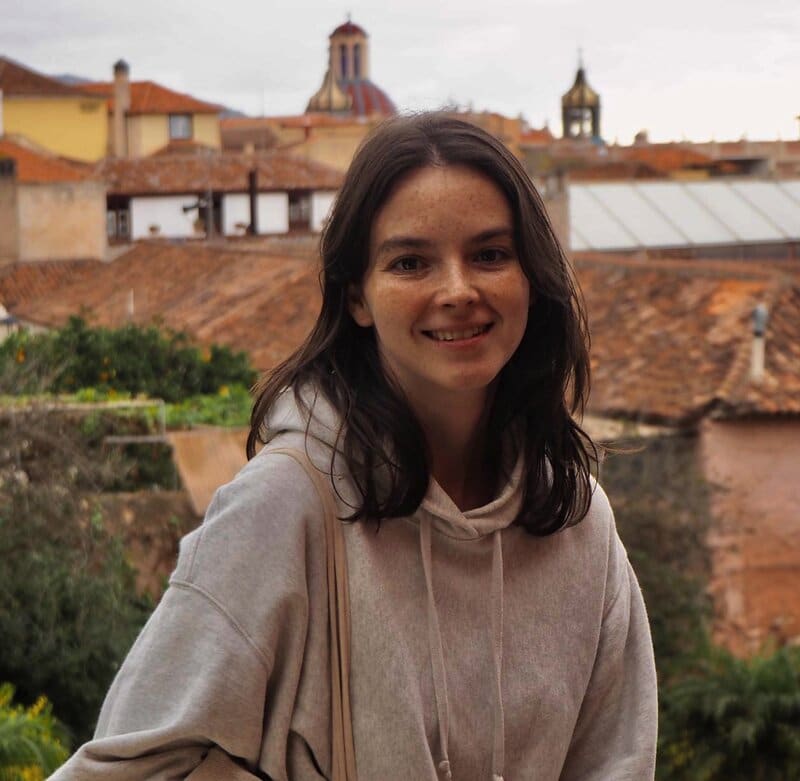 María is passionate about disseminating information in an accessible and compelling way, and she is particularly interested in the intersection between environmental and social issues. She holds a research master's degree in Arts, Media and Literary Studies from the University of Groningen (with a specialization in migration literature) and a bachelor's degree in Hispanic Language and Literature from the National Autonomous University of Mexico. She has experience writing, editing and translating.