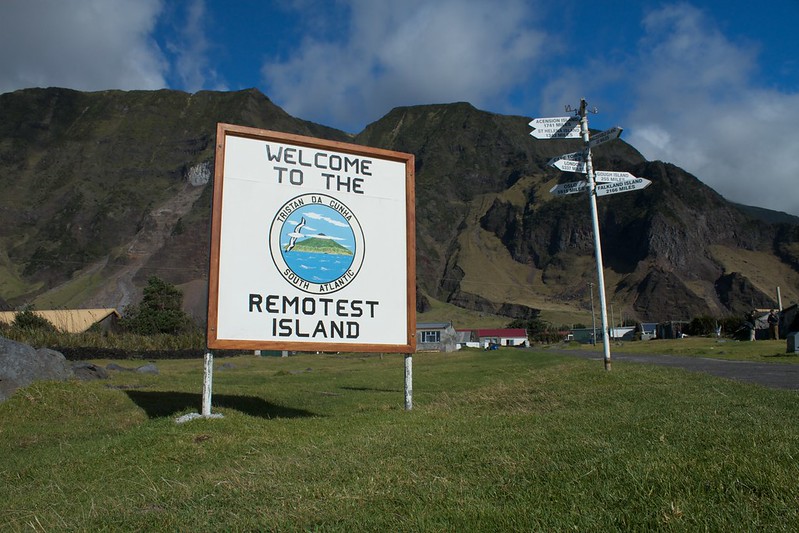 Tristan da Cunha, a four-island archipelago in the south Atlantic Ocean with 245 permanent residents, is creating a massive marine protected area (MPA), set to become the fourth largest completely protected marine area in the world, and the largest in the Atlantic.

The government of Tristan da Cunha made the announcement last week, saying that the protected area will span almost 700 000 sq km, making it almost three times larger than the UK, and will protect 90% of the waters around the island chain by making them a “no-take zone,” in which fishing, mining and other extractive activities are banned.

The UK- which has a duty to protect wildlife in all its territories- will be responsible for the long-term monitoring and enforcement of the MPA. The new sanctuary is the result of a collaboration between the Tristan da Cunha and U.K. governments, and a number of other conservation groups, including The Royal Society for the Protection of Birds (RSPB), which has worked in the region for 20 years, and the National Geographic’s Society’s Pristine Seas initiative.

Conservationists say that this will help bolster a small lobster fishery outside the sanctuary, and it will also protect foraging grounds for the tens of millions of seabirds that roost on the island and the habitats for seals, sharks and whales. The island also serves as a critical nursery for blue sharks.

James Glass, Tristan da Cunha chief islander, says, “Our life on Tristan da Cunha has always been based around our relationship with the sea, and that continues today. The Tristan community is deeply committed to conservation: on land, we’ve already declared protected status for more than half our territory.

However, some NGOs have criticised the UK government’s support for marine protection in its overseas territories when its own record on protecting its domestic marine habitats is less-than-superb. An investigation by the Guardian revealed that all but two of Britain’s offshore MPAs were being bottom trawled.

Jonathan Hall, head of UK overseas territories for the (RSPB), says, “We should also be looking at protecting UK waters. The contrast is stark. We have this small community that is showing leadership in protecting their waters, but there have been lots of examples this year where more effective management of our existing protected areas is needed.”

MPAs are seen by experts as a silver bullet for conservation. A study found that MPAs worldwide protect food supplies by producing larger catch yields. Fisheries that are left undisturbed can produce a “spillover” effect in which an abundance of fish from a protected area spills over into fishing hotspots. The study found that expanding the current network of protected areas by just 5% could boost global fish catch by at least 20%.