The UK is Failing to Protect its Biodiversity- Report 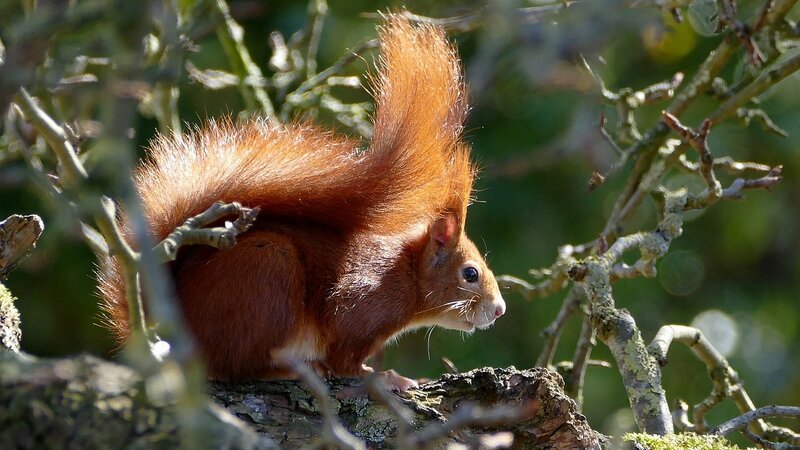 The UK government is facing criticism for a lack of progress in hitting major biodiversity targets. Recent analysis from The Royal Society for the Protection of Birds (RSPB) has concluded that the UK has fallen severely short on its UN biodiversity objectives that were put forth a decade ago at the Convention of Biological Diversity in Japan. Out of 20 long-term targets, only three have been achieved thus far.

Data was also collected from last year’s 2019 Nature Report from the National Biodiversity Network which indicates how rapidly key species are decreasing, which shows that preservation of natural habitats and other important biodiversity issues have been sidelined by the UK government.

The RSPB report says, “15% of the 8 418 species assessed are regarded as threatened with extinction in Great Britain, and the Farmland Bird Index has declined by 57% since 1970. What’s more, between 1970 and 2016, the index of distribution of priority species in the UK declined by 27%. This was 3% lower in 2016 than 2011.” Key contributing factors involve changes to farmland management, increased usage of fertilisers as well as factors like pollution, climate change and urbanisation. RSPB’s report also highlights the poor conditions of protected areas. In fact, in England, statistics show that “favourable” conditions of protected areas were at 43% 2010: now, they are at 39%. The government claims they are meeting Target 11 (on protected areas) and making slow progress with Target 12 (concerning population of species), however RSPB challenges both of these notions.

Another concerning development is the significant decline in financing within the public sector for biodiversity, which has fallen by 29%, from £641 million between 2012/13 to £456 million in 2017/18. This represents 0.02% of UK GDP. This suggests that Target 20 (mobilising financial resources) is far from showing meaningful progress. The report details that the UK’s exit from the EU could allow future subsidies to be put in place to facilitate the government’s targets. Head of conversation for the RSPB, Kate Jennings, expressed her thoughts of the latest report, saying, “We are going to fail to meet the vast majority of our international commitments. Some of the things presented as positive are where places are getting worse more slowly – if that’s the best achievement we’ve got, it’s a pretty sorry state of affairs.”

Leading up to the 2010 Convention, the UK’s former Secretary of State for Environment, Food and Rural Affairs,  Dame Caroline Spelman said: “We’ve all failed to reach our target which was to try and prevent the loss of species in nature. So we’re coming together in Japan to try and make a difference. We all take what nature gives us, its riches for free too often. And at this conference, many of us will be setting out the true cost to all of us — to business, society to the economy of biodiversity.”

In spite of these sentiments, the progress from the 2010 convention has been very underwhelming. The 2019 Nature Report revealed that overall, populations of the UK’s most valuable wildlife have plummeted by 60% since 1970. Within England, 35% of species of birds, mammals and butterflies have shown moderate to strong declines since 1970. Since 1976, the numbers of butterflies have diminished by 23% and 15 mammal species have declined by 21% since 1998. Further, 11 mammals that are native to England have made the IUCN Red List of Threatened Species this year, such as red squirrels, hedgehogs and hazel dormice.

The UK government also made a target to provide increased awareness on biodiversity issues to the wider public (Target 1) but the Joint Nature Conservation Committee found that “more than half of the UK public report no awareness of the threats to biodiversity…and there has been no significant increase since 2009.” Ambitions to improve sustainable fish stocks (Target 6) has also been less than successful as 50% are currently considered unsustainable with the country. In light of recent statistics, cabinet minister Thérèse Coffey says, “Nature matters. Our species and ecosystems are valued in their own right, but they also contribute to our wellbeing and economic prosperity. We acknowledge that in many areas there are ongoing declines in nature, but there are real points of progress on which we can build. Our 25 Year Environment Plan is a step-change in ambition.”