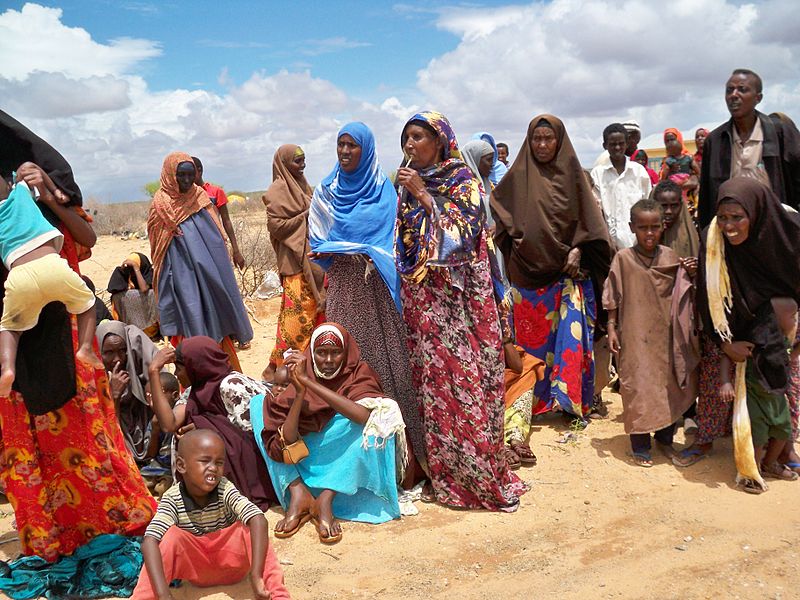 UN Secretary-General Antonio Guterres has warned of a risk of famine and food insecurity in four countries affected by conflict- Congo, Yemen, northeast Nigeria and South Sudan- that will place the lives of millions of people in danger.

In a note to Security Council members, Guterres says that the four countries rank “among the largest food crises in the world,” according to the 2020 Global Report on Food Crises. However, funding is sorely lacking.

Guterres says, “Action is needed now. Having endured years of armed conflict and related violence, the people of the Democratic Republic of the Congo, Yemen, northeast Nigeria and South Sudan are again facing the specter of heightened food insecurity and potentially famine.”

He adds that food insecurity in conflict-affected countries, such as these four- “is now further exacerbated by natural disasters, economic shock and public health crises, all compounded by the COVID-19 pandemic.”

UN humanitarian chief Mark Lowcock says that the economic fallout from the pandemic including lockdowns and border closures have drastically affected food security and agricultural productivity. He adds that the efforts to secure PPE, public information campaigns and water sanitation campaigns- while good- may be happening at the expense of basic humanitarian needs.

Lowcock says that having four countries meet the requirement in a 2018 UN Security Council resolution to report to the council when the risk of conflict-induced famine and widespread food insecurity occurs is “highly significant.” 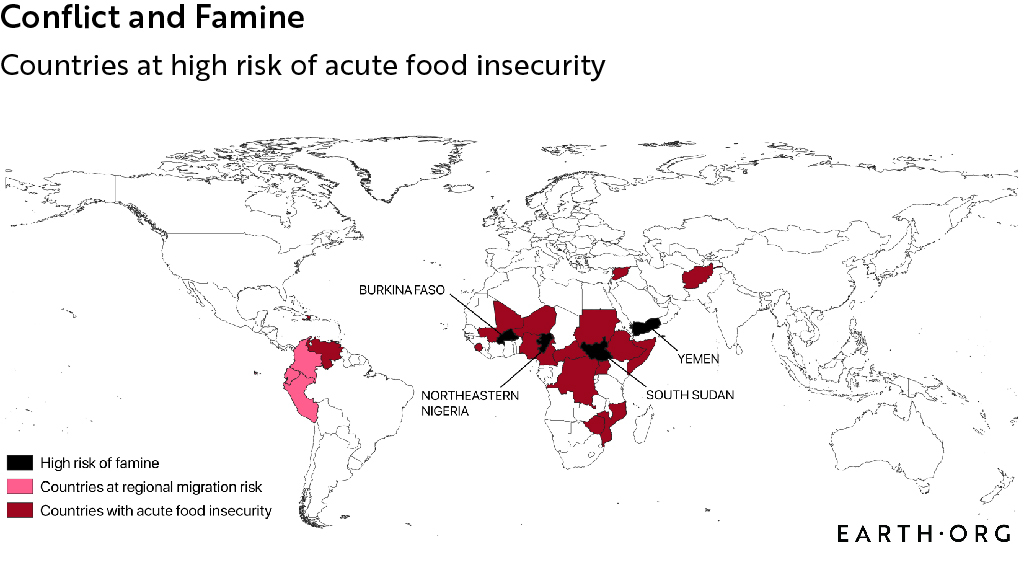 A map showing those countries affected by a high risk of famine, acute food insecurity and regional migration risks, according to the UN.

Guterres says that only 22% of the UN humanitarian appeal is currently funded, meaning that core programmes will have to be reduced or suspended.

In Yemen, escalating conflict and economic decline brought the nation to the brink of famine two years and similar conditions are emerging today. 3.2 million people in government-controlled areas are now “highly food insecure” and food prices have surged 140% from before the onset of the conflict in 2015.

In northeast Nigeria, there are “alarming” levels of food insecurity and hunger, which has largely arisen and has been exacerbated by the actions of extremists affiliated with armed groups. In the affected states, more than 10 million people- around 80% of the population- need humanitarian assistance and protection, an almost 50% increase since last year and the highest recorded since humanitarian operations began.

In South Sudan, there has been increasing levels of violence and consequent food insecurity. This fighting has been accompanied by widespread attacks on agricultural and pastoral land and the looting of livestock and food, leaving more than 1.4 million people in the area facing crisis or worse levels of food insecurity.

Possible solutions put forward by various experts to alleviate food insecurity include stabilising the food market through subsidies, improving road infrastructure, and planting native crops that are easier to grow, are nutritious and are income-generating. However, these are very simplistic solutions to very complex problems that require international cooperation and funding.