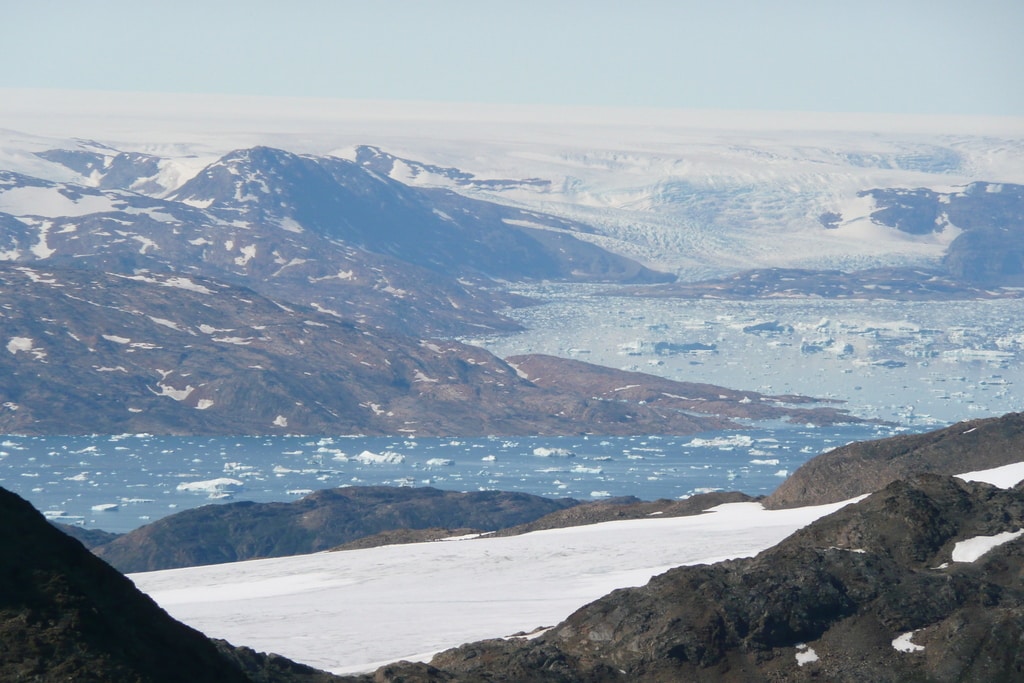 The ice sheet covering Greenland experienced dramatic melting in the summer of 2019, researchers have confirmed, in a study that reveals the loss was largely down to atmospheric circulation patterns that have become more frequent in the region, a phenomenon that is not being incorporated into climate models and suggests that scientists are underestimating the melt rates of the Greenland ice sheet.

The Greenland ice sheet melted at a near record rate in 2019 and much faster than the average of previous decades. The sheet lost about 560 gigatons of water last year, which would contribute about 1.5mm of sea-level rise according to the study published in The Cryosphere, a scientific journal. The surface mass balance, the amount of ice the sheet gained from rain and snowfall minus the amount lost through meltwater run-off and evaporation, was 54 gigatons a year- about 320 gigatons lower than the average across earlier decades, and the greatest such drop recorded.

Marco Tedesco, a research professor at Columbia University’s Lamont- Doherty Earth Observatory and leader of the study, says, “We’re destroying ice in decades that was built over thousands of years. What we do here has huge implications for everywhere else in the world.”

The team used satellite data, climate models and global weather patterns to investigate the melting of the surface of the ice sheet in 2019. Among their findings, the team report that almost 96% of the ice sheet experienced meeting at some time in 2019, compared with an average of just over 64% between 1981 and 2010.

The high pressure conditions lasted for 63 of the 92 summer days in 2019, compared with an average of 28 days between 1981 and 2010. A similar situation was seen in 2012, a record year for melting of the ice sheet. Levels of snowfall and reflection of sunlight, as well as cloudiness and absorption of sunlight were all influenced by the persistent high pressure zone over the sheet last summer.

These anti-cyclonic conditions blocked the formation of clouds over southern Greenland, causing unfiltered sunlight to melt the ice sheet surface. Fewer clouds also meant less snow, which exposed darkened, soot-covered ice which absorbs heat instead of reflecting it. The study showed that conditions were different, but no better in the northern and western parts of Greenland, due to warm, moist air pulled up from lower latitudes.

Tedesco says, “These atmospheric conditions are becoming more and more frequent over the past few decades.”

Crucially, the team of researchers says that the climate models of the Intergovernmental Panel on Climate Change (IPCC) have not incorporated these unusual conditions into climate models. If these high pressure zones persist, future melting could be twice as high as currently predicted, which would have catastrophic consequences for sea-level rise.

Over the last few decades, Greenland contributed between 20 and 25% of global sea level rise. If carbon emissions continue to increase, this share could rise to around 40% by 2100, not taking into account the ice melt in Antarctica, the largest ice sheet on Earth.

Greenland’s ice sheet covers 80% of the island and is currently predicted to raise global sea levels by up to 7 metres if it melts entirely.

Average temperatures in the Arctic region have risen two degrees Celsius since the mid-19th century, twice the global average.