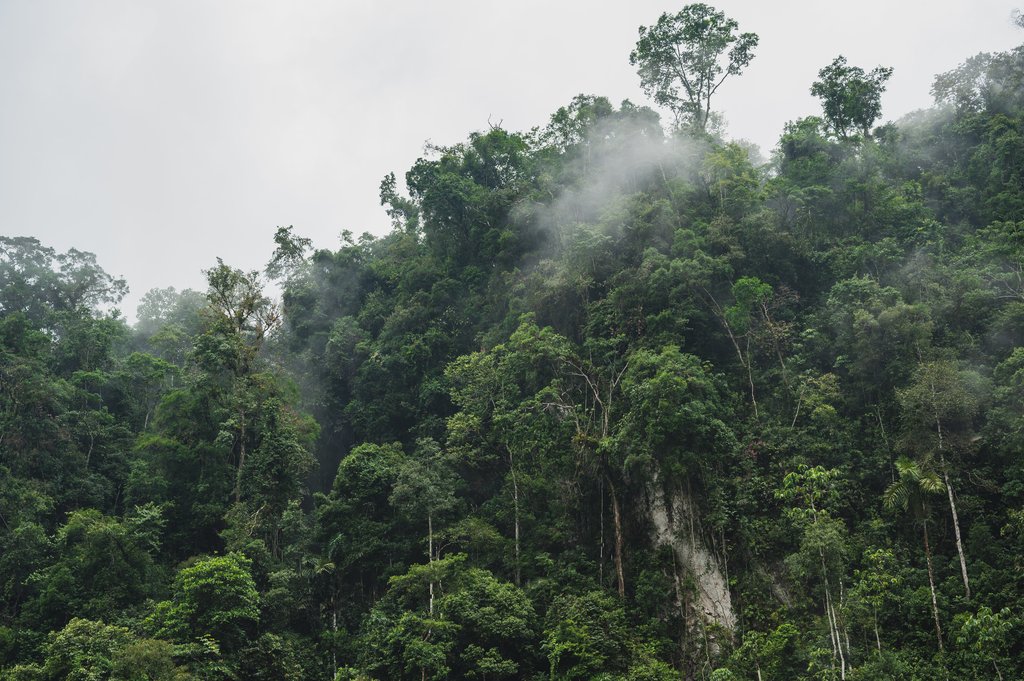 Oil exploration in the Congo Basin is placing the world’s largest expanse of tropical peatlands on the brink of destruction. Once operational, the proposed Ngoki oil field could provide an estimated 983 000 barrels of oil a day, though critics have disputed these claims. The exploration plans mean that the Congo’s current levels of oil production would be tripled, providing debt relief, but placing over 6 000 sq. km of tropical peatland at risk and releasing 1.34 gigatons of carbon– the same as the total annual emissions of Japan.

Peatlands are wetlands with a high concentration of peat, which are accumulations of decaying organic matter, providing a wide variety of benefits unbeknownst to most. One of these is their ability to provide effective flood regulation by delaying the flow of water across the landscape, reducing the peak discharge of rivers and therefore the risk of flooding. Peatlands also provide an important source of biodiversity, sheltering and providing habitats for many species. The Congo Basin is home to 14 threatened species, including 3 species of African apes; the peatlands provide these animals with a continued source of food, such as endemic aquatic herbs, and the land could be lost to the oil field.

Among the most significant of the benefits of peatlands is their extraordinary ability to absorb carbon. Peatlands are responsible for 20% of the world’s total soil carbon storage – despite only covering 3% of the planet’s surface. Scientists also estimate that peatlands are able to store 370 megatonnes of carbon dioxide emissions every year- the equivalent of the entirety of Turkey’s emissions for 2016. The Congo Basin peatlands are estimated to store as much as 30.6 gigatons of carbon, equivalent to all the carbon stored in the rest of Congo’s tropical rainforests, and 15 years of emissions from the United States.

However, damaged peatlands gradually emit their stored carbon over time. Experts suggest that emissions released by drained peatlands reach up to 1.3 gigatonnes of carbon dioxide every year. If the Congo Basin peatlands caught fire, which will occur more frequently as the planet warms, it would release up to triple the annual carbon emissions produced by humans all at once.

Land use changes have contributed significantly to the damaging of peatlands, whether through deforestation and/or draining. In particular, draining severely degrades peatlands and the reduced water content renders them especially vulnerable to fires. The 2015 peatland fires in Indonesia released nearly 16 million tons of carbon dioxide every day as it burned, also claiming 19 lives in the process. In recent years, Indonesia has been draining peat areas on a massive scale to make way for oil palm plantations, which cannot grow in the waterlogged soil. It is likely that had the peatlands not been drained to such an extent, these fires would not have occurred.

In the Congo Basin, only 7% of the peatlands are designated as protected areas, although under the intergovernmental Ramsar Convention on Wetlands, 45% of the total peatland area is protected as a Ramsar Site. Nevertheless, a report has found that around 30% of the peatlands have already been granted for oil and gas concessions, as well as a smaller proportion for mining exploration. Congolese legislation also contains loopholes with regards to habitat protection- so while rainforests are protected, other habitats such as swamps (and consequently the Congo Basin peatlands) are not.

Despite this, the government has vowed to take steps to protect the peatlands, including the establishment of a ‘high-level scientific committee’ dedicated to understanding the ecosystems of the Congo Basin. The Minister for Environment and Tourism, Arlette Soudan-Nonault, has stated that Congo’s commitments towards protecting their forests would not be neglected while downplaying the potential environmental impact of the Ngoki site, claiming that the site was ‘on the periphery of the peat bogs’- sentiments echoed by Congo’s president Denis Sassou-Nguesso. Petroleum Exploration and Production Africa (PEPA), the company in charge of the Ngoki operation has also attempted to allay fears concerning Ngoki’s environmental impact by vowing to establish a treatment site to deal with wastewater. However, this fails to address the matter of emissions, which remains the key environmental concern.

Despite these reassurances, significant controversy still surrounds the project. PEPA’s links to Congo’s ruling elite have come under scrutiny, such as the close friendship between Claude Wilfred “Willy” Etoka, the chairman of PEPA, and President Sassou-Nguesso’s family. Several other critics have disputed the veracity of PEPA’s claims, casting doubt on the actual amount of oil in the Ngoki site and also on the surveying methods used by PEPA.

The Congolese government faces a dilemma between its ecological security and financial security, however history has shown profit to be of a higher priority for governments. As a result of the Indonesian government’s reckless clearing of peat fields to make way for oil palm plantations, the peat fires of 2015 spread a blanket of haze reaching far beyond its borders and all across Southeast Asia, creating record highs for air pollution in Singapore.

Every country has a right to economic self-determination, but at what cost? Draining tropical peatlands to make way for oil fields in the Congo Basin may create an economic boom for the country, but it risks a climate catastrophe as vast amounts of carbon flood the atmosphere- a price that neither Congo nor the world can afford to pay.