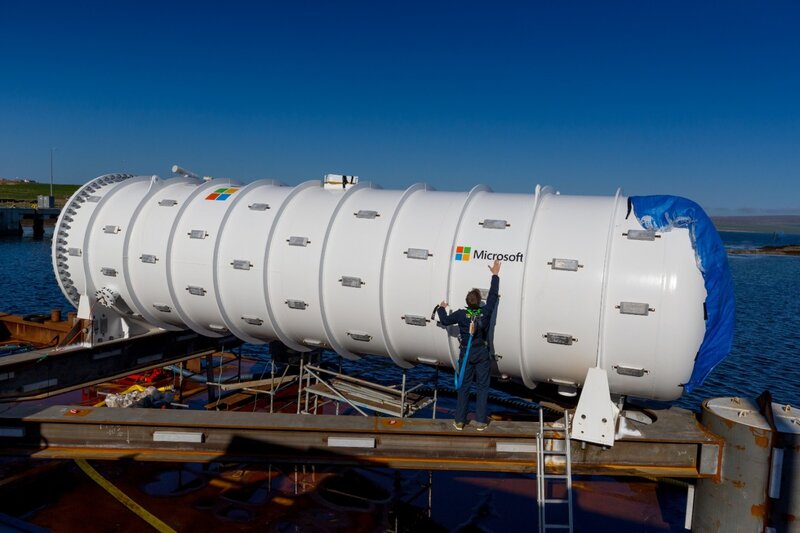 When your phone or laptop gets hot from using it for a while, you know it’s using a lot of data. Imagine then how much heat is generated from data centres used by the likes of Facebook or Google! Usually, these centres are moved to colder countries to cut down on energy costs, but Microsoft went a different route. In 2018, Microsoft sank a data centre off the coast of Orkney in an experiment called Project Natick to determine whether placing these centres underwater would result in them being more reliable and energy-efficient. In September, the company retrieved the centre from the ocean floor and called the experiment a success. Could underwater data centres be the future of data storage?

Microsoft concluded that the centre packed with 855 servers and 27.6 petabytes of storage had a lower rate of failure than a conventional data centre; when it was retrieved from the seabed, eight of the servers had failed, one-eighth of the failure seen on land, according to project leader Ben Cutler.

Orkney was chosen for the trial because of its temperate climate, as well as its renewable energy capacity (all of the city’s electricity comes from wind and solar power). The idea was that the cost of cooling towers would be lower if they were underwater, an important consideration as more data is stored in the cloud and data centres demand vast amounts of energy to function. There were no issues in keeping the underwater data centre supplied with power.

Placing centres underwater allows them to operate with greater power efficiency, especially in regions where the grid on land is not considered reliable enough to operate them sustainably, partly due to the decreased need for artificial cooling for the servers because of the conditions on the seafloor.

With Project Natick, Microsoft intended to show that smaller data centres could be kept closer to where customers need them instead of routing everything to centralised hubs.

On land, data centres are subject to corrosion from oxygen and humidity and controlling shifts in temperature. However, in a water-tight environment, fewer issues arise. In addition to keeping the contents cool, underwater data centres also have logistical advantages. Half of the world’s population lives within 200 kms of the ocean, making these centres potentially easier to deploy when extra capacity is needed.

Thankfully, the capsule’s impact on the environment is minimal. The sounds of the server’s fans were drowned out by the noise of nearby shrimp, while the heat it generated affected the water only a few inches around the vessel.

Next, Microsoft will look into seeing how it can scale up the size and performance of these underwater data centres by linking more than one together to combine their capabilities. Additionally, it will look into recycling the servers once they reach the end of their life.