These UNESCO Heritage Sites Are Under Threat From Climate Change 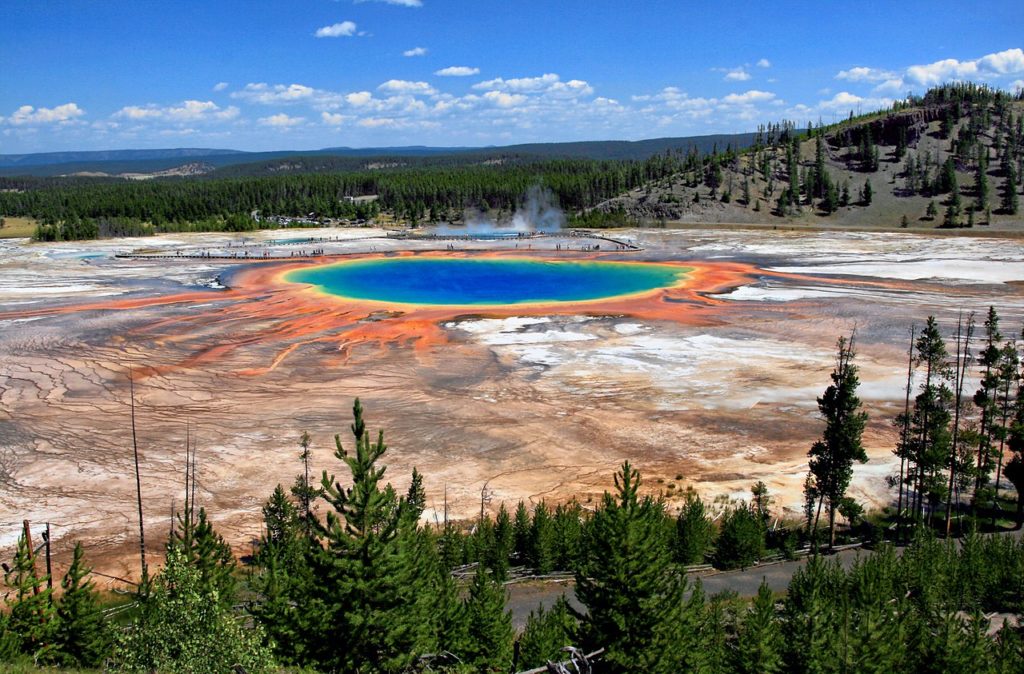 The UNESCO World Heritage List has 1 092 must-visit sites on account of their ‘outstanding universal value’ to humanity, from Australia’s Great Barrier Reef to Yellowstone National Park in the United States. However, anthropogenic climate change is placing these UNESCO sites at risk, meaning that we might be the last generation to bear witness to their majesty.

Highlighting the natural and cultural UNESCO Heritage Sites under threat from climate change. Presented by Earth.Org

One in four natural World Heritage sites is “highly threatened” by climate change, according to a new report by the International Union for Conservation of Nature’s (IUCN) which surveyed over 241 cultural and natural sites.

From 2014 to 2017, the figure almost doubled from 35 to 62, making climate change the “fastest growing threat” to sites of natural significance included in UNESCO’s list, according to the report.

“Virtually every World Heritage site has some level of threat from climate change,” said Adam Markham of the Climate and Energy Program at the Union of Concerned Scientists.

Here are some of the most damning examples.

Greenland’s Ilulissat Icefjord is a striking example of climate change in action: astonishing footage by CNN shows that the Sermeg Kujalleg glacier is literally melting before our eyes predominantly due to global warming. The Government of Greenland has described the fjord as a destination to see “before it’s too late.”

Yellowstone National Park is experiencing shorter winters with less snowfall, warmer rivers, shrinking lakes and wetlands and longer wildfire seasons, according to a joint report by the United Nations Environment Programme, UNESCO and the Union of Concerned Scientists.

Yellowstone contains half the world’s known geothermal features and is home to an array of wildlife including bison, wolves and grizzly bears. Mostly in Wyoming, the park spreads into parts of Montana and Idaho too.

Nearly half of the wetlands in the Yellowstone ecosystem may disappear as a result of climate change, scientists estimate. Over time, frequent wildfires are likely to progressively reduce the park’s forest density.

South of the Equator, things are not any better. In 2016 and 2017, a warming of marine temperatures linked to climate change killed about half of the corals on the Great Barrier Reef. Other reefs around the world suffered comparable levels of destruction.

The IUCN predicts that more sites will likely suffer in the near future if climate change doesn’t slow down.

The reports highlights the urgent need for countries to deploy adequate resources to strengthen the climate change resilience of threatened World Heritage sites.

“The [World Heritage] Convention says you have to identify those unique sites and transmit it to future generations. If we have nothing left to transmit, this is a dramatic situation”, says Mechtild Rossler, director of the UNESCO World Heritage Centre. The Centre continuously monitors the effects of climate change on heritage.

“If we cannot protect those sites from these threats – and they have multiple threats – how will the future look?” Rossler says.

Local knowledge and traditions are a repository of good examples to follow, says Rossler, as the search for mitigation strategies ramps up.

Markham is optimistic that heritage site managers are considering how to deal with climate change. But he concedes that it might not be possible to protect every site, especially those in poorer countries with scarce resources to allocate to this problem.

Neither is he convinced that national governments are taking the necessary actions to slow down climate change. “We’re not on track to do that right now unfortunately”, he says, referring the Paris Agreement goal of limiting global warming to well below 2°C.

“Without meeting the Paris Agreement, we are going to lose a lot of World Heritage sites”.