The World’s Water Towers That Supply Freshwater to 1.9 Billion People Are Under Threat 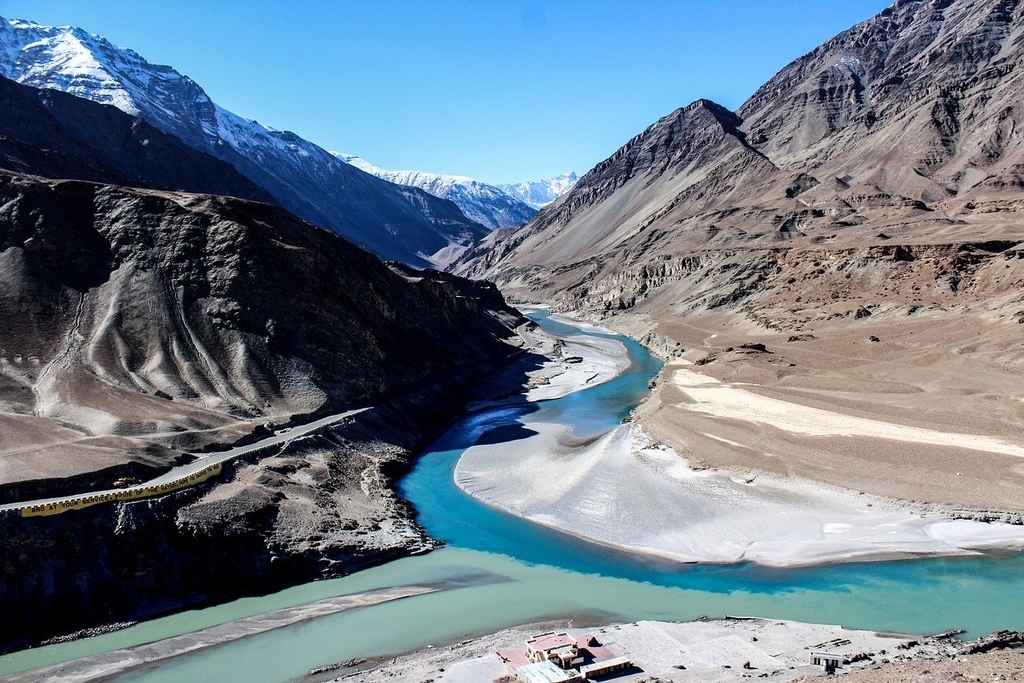 All around the world, high mountain ranges have glacial water supplies known as water towers, which account for half the global population’s freshwater supply. However, these ecosystems are highly vulnerable to subtle environmental changes and a recent report by Nature suggests that water towers may disappear in the next 30 years, threatening the water supply of nearly two billion people.

Rising global temperatures and reduced rainfall are the two main factors in the shrinking availability of water in water towers. While these areas usually act as natural reservoirs, providing populations with clean water even through droughts, less glacier ice and rapidly increasing water consumption are threatening this resource.

What are water towers?

Mountainous regions generate higher runoff seasonally due to orographic precipitation- snow and rainfall caused by moist air rising over mountains. Due to low temperatures at high altitudes, water is stored in snow and glaciers in mountains, therefore delaying the release of water and enabling mountains to have a buffering capacity.

What are water towers for?

This means that downstream and upstream communities have a consistent supply of water for irrigation, energy and local ecosystems from water towers. Mountain systems are also home to around 50% of the global biodiversity hotspots, containing one third of terrestrial species diversity and rich plant diversity.

Apart from regulating the hydrosphere and biosphere, the world’s mountains provide a host of other ecosystem services such as food supply and genetic resources for agriculture and medicine, with major crops such as wheat, rice, oats and grapes having originated or diversified into multiple varieties in mountain regions. Further, various indigenous communities who live in these regions have a wealth of traditional knowledge on climate adaptation, water and land management that needs to be preserved. However, rising temperatures are reducing glacier mass and increasing the rate of ice melt in warmer months and there isn’t enough cold weather to make up for this during other parts of the year.

Until now, the world’s mountain systems have never been quantified according to their importance or vulnerability. Researchers set out to fill this gap and studied 78 water towers globally. They ranked mountain systems in order of their supply of water, and demand for this water from adjacent lowland communities. The water tower’s vulnerability to future shocks include factors like hydro-political tension, government effectiveness, climate change, population change, baseline water stress and projected change in GDP. The quality and quantity of these freshwater supplies are essential to large populations, especially considering that less than 1% of the earth’s water is fit for human consumption.

Water towers most threatened with future scarcity primarily exist in Asia. The most relied-upon water tower is the Indus Basin, supplying water to India, China, Afghanistan and Pakistan.

In fact, nearly all important water towers in Asia, such as Amu Darya and Ganges-Brahmaputra, were found to be more vulnerable than mountains in other countries. This is because these regions tend to be transboundary, densely populated and have competing land use needs. Unfortunately, these factors are met with weak governance and geopolitical tension, amplified by the worsening effects of the climate crisis, leaving Asia’s water towers in a highly vulnerable state.

South America’s water towers are just as vulnerable, more so than Europe and North America. However, even mountain towers in the developed world like the Colorado River Basin, the Rhone and the Po are vulnerable to pressures such as population growth and temperature rise.

Anthropogenic changes, such as the climate crisis, have been long identified by scientists as a leading driver of unprecedented and irreversible changes in mountain systems. Mountains are warming faster than the global average- temperatures high in the Himalayas have increased by nearly 2 degrees Celsius since the start of the century, 1 degree higher than the planetary average.

Population growth and increased consumption also deplete water resources in mountain regions. For example, the population in communities dependent on the Indus River is expected to increase by 50% in the next few decades. The human factor plays just as significant a role as reduced rainfall and higher temperatures, if not more, since human activity is proliferating these conditions.

The climate crisis will affect the shape and size of glaciers and the level, frequency and intensity of precipitation. Countries that are socioeconomically vulnerable facing issues such as conflict over water rights, such as India and Pakistan, will be hard hit by the climate crisis, even with minute changes in the hydrological cycle in mountains.

What Are the Solutions?

Mitigating the effects of the climate crisis will be the most pressing issue of the future. If global warming increases by more than 1.5 degrees Celsius, scientists predict that 80% of water in tower storage units will evaporate by the end of this century.

Communities affected by the inevitable consequences of changing water towers such as reduced water shortage in mountains, are already adapting. In Ladakh, located in the Indian region of the Himalayas, an engineer Sonam Wangchuk has come up with a solution to bring glaciers to people. He builds glacier stupas, small piles of ice that provide irrigation for farmers to counter shrinking glaciers and unpredictable rainfall.

The research concludes with a call to protect Earth’s water towers with a global, mountain-specific approach, focusing on local water conservation policy and transboundary cooperation in affected countries, along with global climate mitigation actions to prevent the degradation of the cryosphere.

Increased water usage by growing populations and heightened power generation are lowering water storage units faster than the environment can replenish itself. Better managing water resources will be significant in minimising the impact of upcoming scarcity and preserving precious water for future generations.

This piece was written jointly by Emily Folk and Lavanya Prakash.