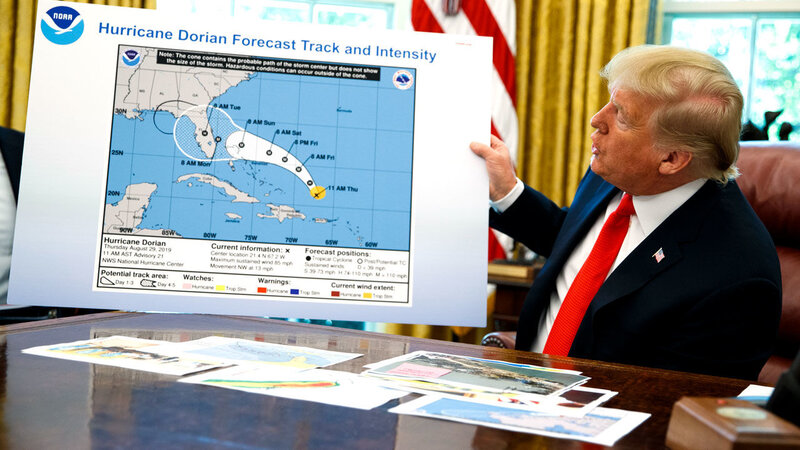 David Legates, a professor of climatology at the University of Delaware and a notorious climate denier who has spent much of his career questioning climate science, has been hired for a top position at the National Oceanic and Atmospheric Administration (NOAA) ocean agency. The move shows that the White House is working to reshape the leadership of the agency with a goal of criticising climate science, according to other people who were contacted about the job.

Agency administration officials reportedly approached multiple researchers with records of casting doubt on anthropogenic climate change to take the position before Legates accepted it. Legates, now the NOAA’s deputy assistant secretary of commerce for observation and prediction, has claimed that rising carbon dioxide levels would make the Earth more hospitable to humans.

Another potential candidate claimed that White House officials promised him that he would be “given a free hand” to change the way the NOAA approached climate research. The move represents a coordinated effort to reshape the NOAA’s senior leadership in the last few months of Trump’s first term. However, this move could outlast Trump’s presidency even if he loses the November election to Democrat nominee Joe Biden: if these climate-denying appointees are offered career positions, they will be more difficult to dismiss after Trump is gone because of protections for federal workers.

Outside advisors to the White House say that Legates is expected to attempt to influence the next National Climate Assessment, the body of research that informs policymakers around the country about how the climate crisis is affecting their regions.

A new documentary that features Legates shows the insights he may bring to the NOAA. The film “Climate Hustle 2” is connected to the Committee for a Constructive Tomorrow, which has received funding from the energy industry, and propagates debunked scientific claims and portrays climate scientists publishing peer-reviewed research as “compromised elites.”

In the film, Legates says that cutting down on carbon emissions would mean that developed nations “would head toward the undeveloped world, and we would bring everybody down to the lowest common denominator.” He says that teaching young people about human-caused global warming is brainwashing them into believing a “lie.”

He continues, “The idea behind carbon dioxide rationing is that what it essentially says is that to survive as a planet, what we really need to do is not use any energy, and what that’s going to take us back is to a condition where people have the basic necessities of life, food, clothing, shelter and security.”

Additionally, Legates was one of the authors of a 2007 paper that questioned previous findings about the role of the climate crisis in destroying the habitat of polar bears. That research was partially funded by grants from Koch Industries, the American Petroleum Institute lobbying group and ExxonMobil.

The agency, while mostly untouched during Trump’s presidency, has had its history with the president. In 2019, the agency was engulfed by a scandal when acting Administrator Neil Jacobs and senior staff criticised agency forecasters at the National Weather Service, which began when Trump incorrectly tweeted that Alabama was threatened by Hurricane Dorian in September 2019.

After some confusion, the Birmingham office of the National Weather Service released a statement that correctly stated that the storm would not hit Alabama. Jacobs nevertheless criticised the forecasters.

The controversy later became known as “Sharpiegate” after Trump refused to acknowledge his mistake and later pointed to a map in the Oval Office that appeared to have been altered with a Sharpie marker to show the path of the hurricane hitting Alabama.

Reactions to a Climate Denier at the US Ocean Agency

Shortly after the announcement was made, 85 Democrats in the House of Representatives sent a letter to Jacobs and Commerce Secretary Wilbur Ross protesting the appointment, saying that Legates would “clearly be in a position to seriously damage the agency’s scientific integrity.”

The letter continues, “While Legates promotes the fossil fuel industry’s agenda and derides taxpayer dollars spent on mitigating the ‘undetectable effects of climate change,’ the staggering cost of failing to address climate change is terrifying to the rest of us working to save a liveable future for our children and grandchildren.”