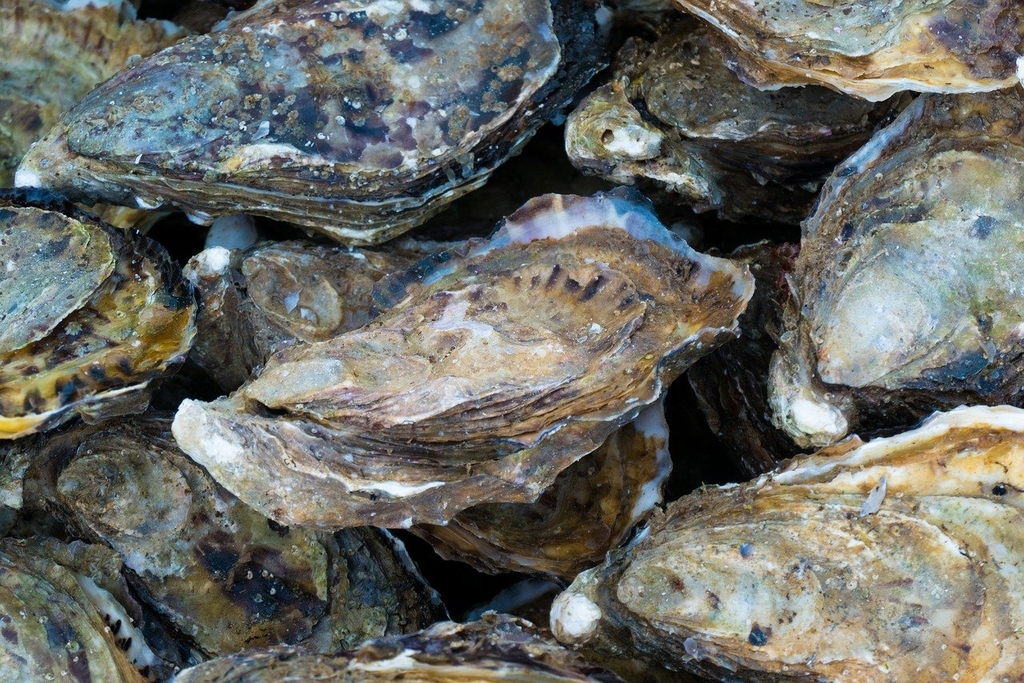 Rising sea levels and increased frequency of flooding are now common occurrences under the climate crisis. In the United States, Bangladesh and Hong Kong, there are a growing number of projects that have been incorporating natural strategies of flood defence in the wake of destruction brought on by the climate crisis. One of these strategies involves oysters.

Mostly regarded as a culinary delicacy, the oyster offers a multitude of functions that make it a beneficial asset in ecosystem services, reducing risks for areas that are or will be affected by shoreline erosion, flooding, and storms. To mitigate floods, oysters create friction between waves and the sea floor, serving as a natural breakwater. Breakwaters are built to protect a coast from the force of waves and are traditionally constructed with large rocks. Rebuilding oyster reefs provides benefits such as ecosystem enhancement and an increase in marine biodiversity because oyster reefs offer shelter for marine creatures.

New York: Flood Defence and a Return to the Past

New York was ravaged by Hurricane Sandy in 2012. It was after this storm that New York began applying disaster mitigation processes to redevelop the affected areas. Through a design competition launched by the U.S. Department of Housing and Urban Development, the Staten Island Living Breakwaters Project won funding to develop their project on the South Shore of Staten Island, creating a ‘living’ breakwater system, which helps protect coasts while also providing habitats through constructed reefs for finfish, shellfish and lobsters.

The living breakwaters are constructed as 3 200 linear feet of nearshore breakwaters using construction materials that also provide habitat enhancements. In addition to the breakwater construction, the plan includes an active oyster restoration by New York’s Billion Oyster Project, installing oysters on the breakwaters themselves as well as cultivating oysters in hatcheries and other remote settings.

While oysters have the ecological capability to filter nitrogen, provide habitat for smaller creatures, and act as a natural storm barrier, they are also aiding the return of New York’s historical ecology; the city was once a site brimming with oysters in the brackish waters, but due to pollution and overharvesting, the populations declined. The re-implementation of oysters in this environment bridges a connection between the past and the future- mitigating the effects of the climate crisis as well as restoring a historical marine ecosystem.

One-third of Bangladesh’s population resides on the coastline. The coastal shoreline provides residents with resources such as fish, shrimp, crab and sea salt for extraction. However, like New York, the coastline is under threat from increased natural disasters and coastal erosion. These disasters are not only a threat to the ecology of the coastline, but also to the livelihoods of the people who rely on these coastliness.

Oysters offer a solution to these threats in Bangladesh, acting as ecosystem engineers and working as a natural solution for coastal defence by protecting erosion-prone areas. Conventional barrier techniques in Bangladesh have proven to be too expensive to sustain, and seemingly only provide short-term solutions. With future projections of increased sea-level rise, monsoons and cyclone frequency, people are in need of long-term and cost-effective solutions. While not yet implemented, researchers argue for the exploration of oysters as a solution. By creating artificial oyster reefs as living shorelines, the coastlines of Bangladesh can be protected in a self-sustaining manner, continuing to provide for the population.

In a study conducted by the University of Chittagong, IMARES Wageningen University, the Agricultural Economics Research Institute, and Royal Haskoning, an engineering consultancy firm, the concept of living shorelines with oyster reefs were examined. Anticipated benefits included climate-proof coastal and flood defence and an improvement of livelihood through practices such as oyster aquaculture and enhanced tourism and recreation.

Oyster habitats have been depleted in Hong Kong due to increased dredging, land reclamation and overharvesting. The Nature Conservancy in Hong Kong is focusing on how oysters can be restored as a means of both global warming mitigation and preservation of a tradition.

Hong Kong has a history of oyster farming that has lasted over 700 years. This tradition is at risk due to impending natural disasters. While oyster farmers are continuing to operate, their livelihoods are at risk, as is the aquaculture-based heritage of Hong Kong. With the reintroduction of millions of oysters by the Nature Conservancy, reef development has been accelerated alongside the improvement of biodiversity and the construction of a natural storm surge barrier.

Oysters are a return to the past and a return to the natural. What can be seen here is not only an ecological and climate-crisis related movement, but also a movement of social resilience. Oysters serve as a means of flood defence and biodiversity restoration, but they also allow societies to reflect on their ecological histories as well as foster communities with a focus on the natural landscape through economic development, natural design research and traditional practice.