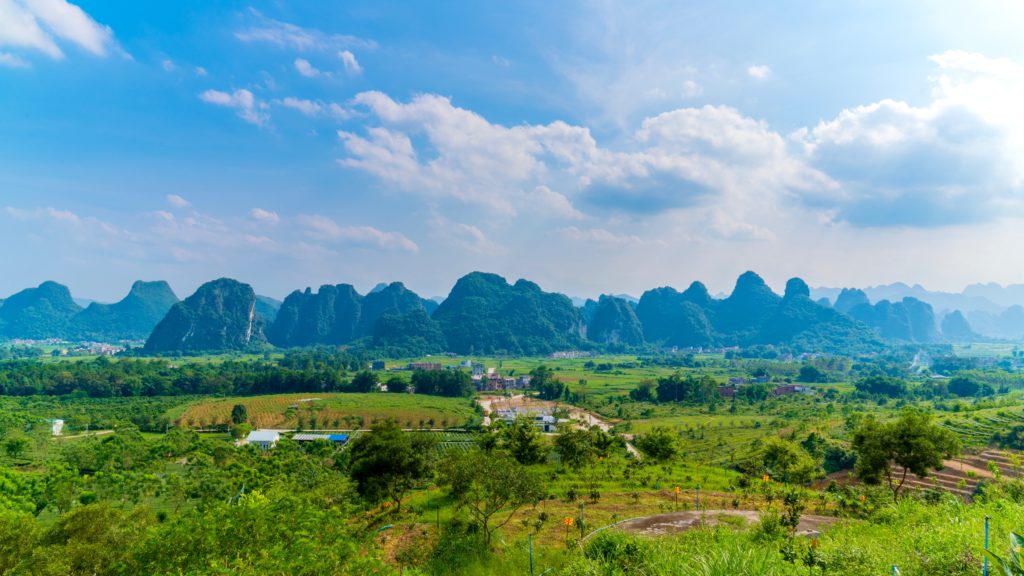 What is natural capital?

Natural capital refers to the elements of nature that produce value to people. It can be broken down into ecosystems, species, fresh water, land, minerals, the air and ocean as well as natural processes and function.

Dieter Helm, Fellow of Economics at Oxford University and author of Natural Capital (2015), wrote that “focusing on natural capital is way of ensuring that the value of nature is embedded in our economy”.

What has China done with their natural capital?

Recognising that investing in natural capital is essential to long-term prosperity and security, China intends is to use the EFCAs to conserve biodiversity and ecosystem services, mitigate flooding, secure water supplies, renew soil resources and reduce dust and sandstorms- all national priorities.

“This has been spurred by the massive landslides and floods in 1998 that killed thousands and rendered 12 million homeless,” says Dr Anne Guerry, lead scientist and chief strategy officer at the Natural Capital Project, a Stanford University-led partnership of WWF, the Nature Conservancy, Chinese Academy of Sciences and University of Minnesota. The project aims to identify and conserve areas of high ecological value across the world.

“They know if they pay attention to the kinds of approaches we are describing they may be able to develop sustainably without harming the very ecosystems that underpin healthy economies and healthy communities”, Guerry says.

Massive deforestation and subsequent erosion contributed to the disastrous flooding along the Yangtze River and other rivers in 1998. The crisis prompted the establishment of the largest global payment for ecosystem services program.

China involves 32 million farmers and 120 million households to perform restoration and conservation of forests and grasslands throughout the country to reduce risk of natural disasters while alleviating poverty.

Now China is rezoning the entire country, dedicating over 3 000 researchers at the Chinese Academy of Sciences to work with the Natural Capital Project and their data and analytics software to map the EFCAs.

By using a series of ecological models, the software rates areas based on their ability to sustain human life. A forest, for example, provides water purification, flood control and climate stabilisation that support human life. Nature also yields life-fulfilling conditions, like opportunities for recreation and aesthetic value.

The goal isn’t to “put a price tag on nature”, but to provide a practical approach for guiding land use, urban planning, investments in infrastructure, water supplies and other key decision-making, says Gretchen Daily, project co-founder.

Another useful tool, launched in late 2018 by the Natural Capital Finance Alliance, enables users to see their exposure to natural capital risk and highlights how the economy depends on nature. The application is aimed at investors, businesses and financial institutions.

“Today, nature is too often ignored. It’s sometimes held up as infinitely valuable, and more typically we say it’s not valuable at all, and give it a score of zero in cost-benefit analysis,” Daily says. “Neither position is helpful. We need to shine a light on the many ways in which prosperity and well-being depend on nature, systematically and for setting priorities.”

China has invested more than $150 billion in restoring natural capital and has achieved a major reversal in forest cover and significant reductions erosion in some regions, while creating new income streams to help lift people out of poverty.

The country is now developing and testing a new metric to measure the contribution of nature to human well-being: the Gross Ecosystem Product (GEP).

“China is the first nation to move to comprehensive reporting of natural underpinnings of wealth and well-being, and we are very excited to work with leading Chinese scientists to develop the tools to measure and track this” says Daily.

The Natural Capital Project software is already being used in 80 countries, but Daily says she hopes other countries will follow China’s lead and adopt ecologically informed decision-making processes. “There are many countries pursuing green growth. What we’ve developed could be readily adapted and mainstreamed across all countries.”