Vietnam is Battling its Worst Floods in Decades 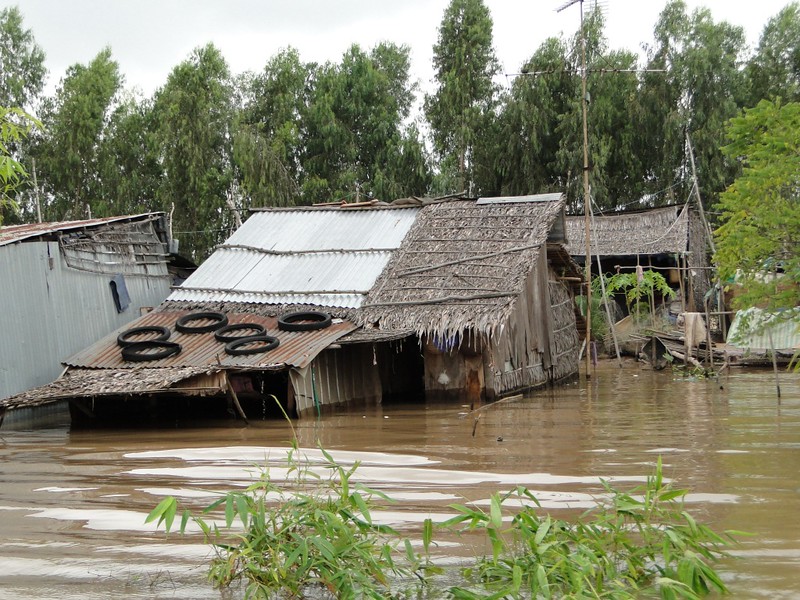 At least five million people in central Vietnam are facing disaster as the country battles its worst floods in decades.

So far, flooding and landslides in October have killed over 100 people, and left dozens more missing. The Red Cross says in a statement, “Everywhere we look, homes, roads and infrastructure have been submerged.”

The country has been hit severely by heavy rainfall in recent weeks, which the Red Cross attributes to the “combination of numerous weather systems – the Inter Tropical Convergence Zone combining with cold air as well as tropical storms Linfa and Nangka.”

The floods come as Vietnam is already dealing with the economic fallout of the COVID-19 pandemic. Red Cross official Christopher Rassi says, “We are seeing a deadly double disaster unfold before our eyes as these floods compound the difficulties caused by COVID-19. These floods are the last straw and will push millions of people further towards the brink of poverty.”

More rain is expected in the coming says, raising fears that floodwaters could rise further.

While it is certainly difficult to pin extreme weather events such as these purely on the climate crisis, a recent UN report found that natural disasters have nearly doubled over the past 20 years, in line with increasing temperatures and rising greenhouse gas emissions.