Water Privatisation in the Global South: Lessons From the Case of Guinea 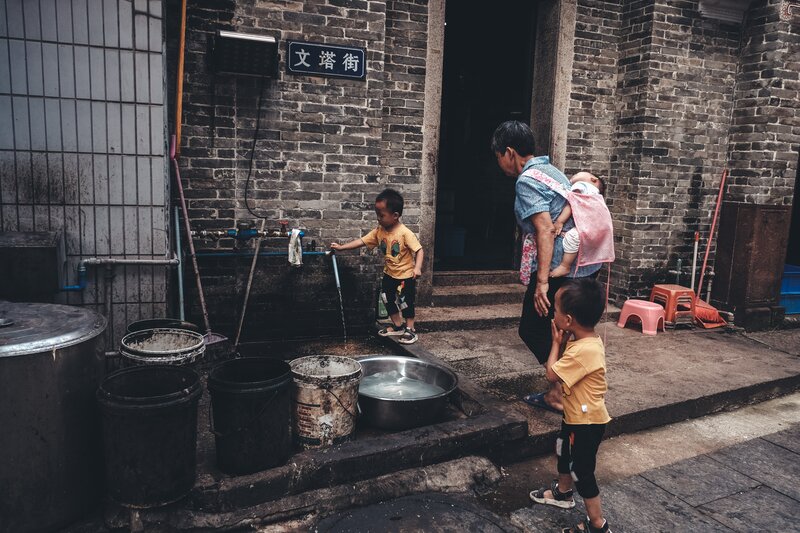 Globally, over 2.2 billion people live without a clean and affordable water supply, and nearly 4.2 billion lack safely-managed sanitation. Despite improvements to water services for some 2.1 billion people since 1990, inequalities in their availability, accessibility, and quality disproportionately affect those living in the Global South; exacerbating issues with health, agriculture and education, to name a few. Sustainable water management has become a key global development priority in recent years, with SDG target 6.1 seeking to “achieve universal and equitable access to safe and affordable drinking water for all” by 2030. The accomplishment of this ambitious objective, however, has sparked fierce debate over how water should be tackled – in public hands or through privatisation?

Water privatisation involves the participation of formal private enterprises in the provision of water services, and in some cases, the transfer of water assets from the state to the private sector. Amongst a set of neoliberal reforms in the Global North, water privatisation and public-private partnerships (PPPs) were relentlessly promoted during the 1980s by international financial agencies and multinational corporations who declared it a ‘cornerstone’ for delivering efficient resource allocation. While some claim it can address the global water issues of today, water activists like David Hall (founding director of the Public Services International Research Unit at Greenwich University), instead argue efforts “Guarantee corporate profits to private companies; something which is incompatible with protecting the environment and ensuring universal access to quality services.” Evidently, the jury is out. Guinea can serve as a case study in this regard, to help shed light on the key implications and socioeconomic outcomes of water privatisation in the Global South.

Located on Africa’s western coastline, Guinea is a country whose water services in the 1980s perfectly matched the requirements for privatisation. Run by the public agency Nationale de Distribution de l’Eau Guinéenne (DEG), the sector was stricken with financial and operational issues. Less than 40% of the country had access to piped water, and consumer tariffs of USD$0.12 m3 were considerably lower than marginal costs, resulting in poor infrastructural development and quality. Following years of discussion, in 1989 the Guinean government engaged in a 10-year lease agreement for the private operation of water services in the capital of Conakry and its surrounding areas, creating two new enterprises as part of the reform process. ‘SONEG’ was an entirely state-run agency responsible for sector development and investment acquisition, while ‘SEEG’ was jointly owned by the state and a private consortium, who paid the government a ‘rental fee’ for the operation of water assets. Although the principal goal of the reform was to create a water sector that was financially self-sufficient and operationally effective, this showed poorly in changes to water pricing and efficiency.

During the first six years of reform, and in hopes that efficiency gains would reduce the need to rely on the World Bank in the future, the Guinean government heavily subsidised water prices using World Bank credit – a necessary step to maintain the interest of the poorest in society. To prevent these interests from being neglected, strong regulation was required; something which Guinea lacked, before and during privatisation. The government’s institution was weak and – outside of World Bank credit – acquiring foreign direct investment was problematic as donors perceived engagement as high-risk. Limited financial resources meant that no regulatory body was enlisted to verify the costs for water pricing or renegotiate indexations (the adjustment of a price based on the changes in another price) between the two enterprises. This allowed the private consortium to act as privileged monopolists – easily justifying price hikes to the government, making an essential life force unaffordable.

As subsidies faded, by 1997, the water price had risen nearly seven-fold to $0.83 m3, and connection to the system cost $90 alone. This was significantly higher than Guinea’s West African neighbours undergoing similar reforms, like Ghana- where water prices stood at only $0.20m3– and in most other privatised agreements within Asia and South America. Price hikes meant the poorer members of society were unable to pay their bills, causing collection rates to fall to less than 50%, with punitive techniques used to enforce payment. Kate Bayliss and Terry McKinley from the United Nations Development Program (UNDP), say that “Disconnecting services are often used by private providers, with some public servers also resorting to such harsh methods. Some consumers begin immediately to pay after being disconnected, but many poor households cannot do so.” Like many individuals living in developing countries within Sub-Saharan Africa at the time, instant repayment was not possible, with subsequent debt accumulation resulting in frequent household evictions.

You may also like: How Government Failures Have Spurred The Global Water Crisis

Alongside pricing, much of the debate on privatised water focuses on improving sector efficiency. In Guinea, this occurred to some extent during the early years of reform. Between 1989 and 1993, metering grew from 5% to 98%, and – following the development of new urban pipelines – water production doubled to 100 000 m3 a day. But despite modest improvements, prices soon saw demand lag behind supply. Over the lease period, connections to the system grew by only 9%, and despite production doubling, almost 47% left the system as unaccounted for water (UFW- the difference between the amount of water delivered into a network, and the volume of that water which can be accounted for by legitimate consumption). As the rental fee paid to the government was based on collection and not delivery, SEEG had no legal obligation and hence no interest in managing UFW, as it came as another cost to them as a provider. Subsequently, many individuals relied solely on illegal connections for resource allocation, causing the spread of water-borne diseases to significantly increase. Arguably, Guinea’s largest cholera epidemic in 1994 – of which there were 31 415 cases and 671 deaths  – could be attributed to most families drinking and using UFW, rather than privatised, safe sources.

Despite some improvements, opposing interests between the state and private sector undermined the efficiency of Guinea’s water sector during reform. The troubles Guinea experienced with UFW highlights a major issue when discussing water privatisation in the Global South – whereby private suppliers can disconsider the welfare of water consumers; treating water as an economic commodity instead of a basic human right.

The Guinean water story reflects the challenges of creating effective and successful enterprises in the Global South. Despite some positive outcomes, overall the reform underperformed relative to expectations, experiencing common issues of private water management – from price hikes to household evictions, weak sector efficiency to health and well-being hazards for the poorest people. Like many cities, regions and countries worldwide, in 2003, Guinean officials decided to close the book on privatisation and remunicipalise their state-run model to fix the inequitable allocation issues reform had created. In 2017, a WHO report  estimated that national access to basic water services had risen to 67%. Ultimately, their experience can provide crucial lessons when managing water resources in developing regions. Here, strengthening institutional capacity and improving the cooperation between public services are effective ways to improve water services, and promote the human right to water.