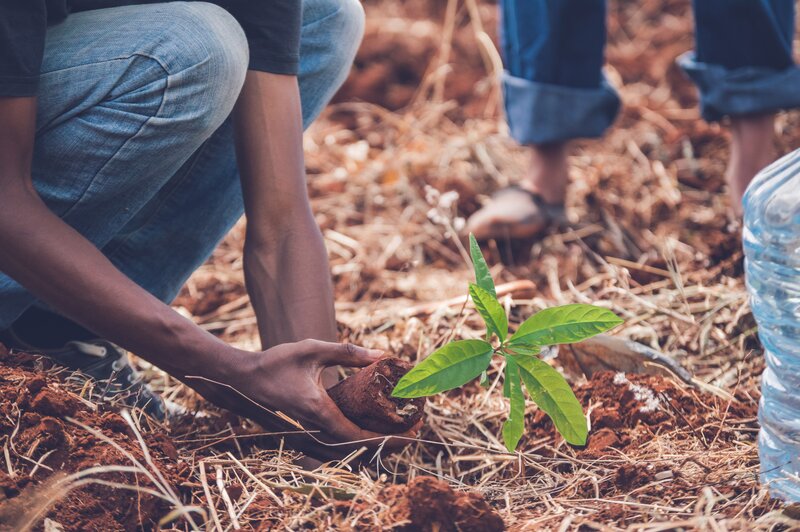 With global poverty expected to increase drastically due to the coronavirus pandemic, experts say that it has become more important to review the capacity of forests to cushion economically-disadvantaged sectors from exacerbated levels of impoverishment.

In its report “Forests, Trees and the Eradication of Poverty: Potential and Limitations,” released in October, the International Union of Forest Research Organizations (IUFRO) said that forests play a “crucial role in risk management, preventing the poor from sinking even deeper into poverty.”

“Globally, around 40% of the extreme poor – or some 250 million people – are estimated to live in forest and savannah areas, and frequently, the rural areas where the world’s poorest live have high tree cover and high levels of biodiversity,” the study said.

Countries have already started to repair nature as part of their plans to revitalise the economy post-COVID-19.

Now there are also calls to focus on forests – a rich source of resources. From providing sources of income through timber and non-timber forest products to strengthening food security, forests have contributed to as much as 25% of the income of rural households, the report’s accompanying policy brief said.

IUFRO cited examples in Mexico, where granting communities with direct control over most parts of the value chain in commercial forest management, has decreased poverty. Trained by forestry authorities, the state government in the region of Yucatan and civil society organisations,  communities manage their own forests and forest enterprises and have their own sawmills instead of “stumpage,” or set fees for private firms that want to harvest or cut trees from forests. Owning their own sawmills also gives these communities more control over the production of lumber.

Further, a 2019 project in Madagascar, saw vanilla orchids from agroforestry plantations – which were cultivated in native as well as other forests- bringing much-needed income to families. Vanilla derived from the orchids is sold abroad.

While forests have helped mitigate poverty, the violation of rights of forest dwellers like indigenous people and their prohibition from accessing the forests themselves have resulted in lopsided development in tropical forest-rich countries like Cameroon and the Democratic Republic of Congo.  Those that benefited economically, historically, as the study pointed out, were European countries like Belgium, France and Germany, as they are the ones which landed deals for forest exploitation and conversion.

Global Witness reported in 2018 that illegal logging by European company Norsudtimber continues to expand, an allegation that the company has denied, while France and Norway reportedly planned to pour funds into industrial logging in DRC. There was positive development in 2019, however, as DRC officials issued a forest concession for the first time to indigenous communities.

IUFRO pointed out then that it’s important to identify the factors limiting the potential of forests to reduce poverty and how these should be addressed:

Taking these into consideration, IUFRO said policymakers and leaders worldwide should include better management and use of forests in their post-pandemic recovery plans.

“Governmental policies to alleviate poverty typically tend to focus on agriculture, infrastructure, and cash transfers, among others, while neglecting the role of forests. This approach threatens not only to undermine efforts to conserve, restore and sustainably manage forests but also to lessen gains made in alleviating poverty.”