What Are Zoonotic Diseases? 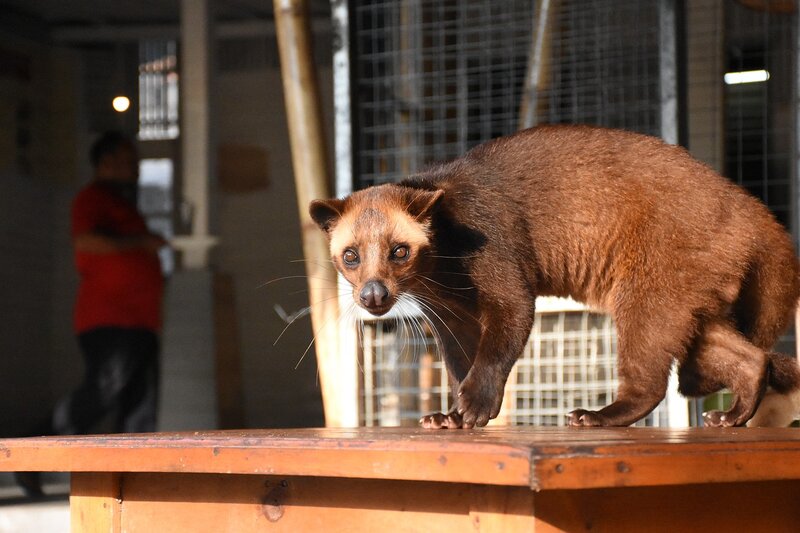 Zoonotic diseases are infectious diseases that pass from animals to humans. These diseases can be spread through animal and insect bites, petting and handling sick animals, drinking contaminated water and eating uncooked, infected meats. In the case of COVID-19, infected bats gave the virus to another animal, likely a pangolin, which passed it to humans at a wet market in Wuhan, China.

According to the EcoHealth Alliance, about 75% of new and emerging diseases are zoonotic. Six out of 10 infectious diseases that affect us come from animals. This includes HIV/AIDS, Ebola, MERS, Brucellosis, SARS and COVID-19.

According to The Global Virome Project that is working to predict future pandemics before they happen, the world’s mammals and birds are host to between 700 000 and 2.6 million as-yet unknown families of viruses that have shown the potential to cause zoonotic disease in humans. Of these, between 350 000 and 1.3 million could have zoonotic potential.

What Animals Are Common Vectors of Zoonotic Diseases?

A CDC breakdown of recent zoonotic disease outbreaks in the US shows that these diseases are mostly spread through human contact with domesticated and farmed animals, such as poultry, cattle, pigs, dogs and even pet turtles. This makes sense because contact rates are high.

However, in some cases, farmed animals are not the original sources of the disease, but are transmission sources or bridging hosts, carrying the infection from the wild to humans.

Other zoonotic diseases, like MERS, SARS and COVID-19, were passed to humans by camels, civets and pangolins and bats, respectively.

This disease was first detected in the late 19th century-early 20th century. It is transmitted through cows and in other infected animals’ milk. In 1900, it was estimated that about 10% of all TB deaths were due to M. bovis; in 2018, there were about 143 000 cases of M. bovis-related TB. Bovine TB remains endemic among cattle globally, and cattle found with the disease must be slaughtered.

First detected in humans in the 1930s, an outbreak in the Netherlands in 2007 infected 50 000 people and by 2016, reportedly killed 74 people. The Dutch government culled more than 50 000 dairy goats on 55 farms to control the spread of the disease. An estimated 2% of the infected individuals were reported to have developed chronic Q fever in the months to years after symptomatic or asymptomatic infection.

First detected in humans in 1999, the Nipah virus was first detected in Malaysia, with subsequent outbreaks in Bangladesh and eastern India, that altogether saw 105 deaths and the culling of almost 1 million animals. Initially, deaths in the small village of Sungai Nipah were thought to have been caused by Japanese encephalitis, but when villagers realised the illness came from pigs, they fled, and the army moved in to cull the abandoned animals. It emerged that the disease was transferred from bats to pigs, in which it was only a mild disease. But from infected pigs it was then a relatively easy jump to humans. In humans the disease can cause acute respiratory infection and fatal encephalitis, and has an estimated case fatality rate of 40–75%.

First detected in Guangdong province in China in 2002, this was spread via human contact through infected droplets from a cough or sneeze. It passed from animals to humans through close contact, butchering or consumption of undercooked infected meat in parts of southern China. There were around 8 500 cases with a fatality rate of 10-11% and thousands of farmed civets were culled. Scientists were able to track the virus back to horseshoe bats, who passed the virus on to masked palm civets, which are sold in Chinese markets and also farmed.

First detected in humans in early 2003 in the Netherlands, bird flu is spread through direct or indirect contact with infected live or dead poultry. Infected birds shed avian influenza virus in their saliva, mucous and faeces. The WHO believe there may also have been human-to-human transmission. As many as 2 000 people may have been infected, with human-to-human transmission happening on a much larger scale. In the Netherlands alone the outbreak spread to more than 250 poultry farms and led to a quarter of the country’s poultry flock (30 million birds) being culled. H7N7 appears periodically in birds in other countries, including in England, China and Spain.

First detected in humans in the US in 2009, swine flu is an airborne virus spread between humans through infected droplets from a cough or sneeze. Earlier strains of the H1N1 virus passed from animals to humans through close contact with infected meat, such as at slaughterhouses. Global deaths are estimated at between 151 700 and 575 000 people, the majority of these occurring in southeast Asia and Africa. It is likely that the development of the virus was aided by the live export trade in pigs between the US and Mexico, before it eventually jumped to humans.

First detected in humans in Saudi Arabia in 2012, MERS spreads through direct or indirect contact with infected animals and between humans via infected droplets such as in a cough or sneeze. Since its emergence, it has spread to at least 27 countries. There have been more than 2 400 cases with least 912 human deaths. The emergence of the illness was linked to rapid growth in the camel population in Saudi Arabia – kept mainly for meat and milk – since the 1960s. MERS has a case fatality rate of 35%.

Other zoonotic diseases include anthrax and brucellosis.

How Are Zoonotic Diseases Spread?

COVID-19 and many other zoonotic diseases often spread due to humans violating the natural habitats of animals, resulting in us catching these illnesses. This includes urban sprawl, industrialised farming and the wildlife trade.

In the case of COVID-19, bats are the only mammals that can fly, allowing them to spread over a wide area. This means they carry a large number of pathogens, such as germs, bacteria and viruses from different places. Flying is also a high energy activity for bats, which has caused their immune systems to become specialised. When flying, bats have high body temperatures, like a fever. So the pathogens have evolved in bats to survive these high temperatures.

This becomes a problem for humans because a fever is designed to raise the body temperature to kill a virus. A virus that has evolved in a bat would likely not be affected by a higher body temperature in a human.

How Can We Prevent Pandemics?

Richard Osfeld of the Cary Institute of Ecosystem Studies, says that the best way to predict zoonotic diseases may be to narrow research to where humans are disturbing natural environments the most. The great zoonotic threats are not in wild nature, he says, but where natural areas have been converted to cropland, pastures and urban areas.

Research also shows that large animal farms create the conditions conducive to bacteria and other pathogens spreading between animals and humans. Sam Sheppard, who conducted the research, says that the consumption of fresh meat- which has quadrupled since 1961- has increased the chance of animal diseases infecting humans. He says, “The overuse of antibiotics, crowded conditions, unnatural diets and genetic similarity make factory farms hotbeds for pathogens to spread among animals and potentially to emerge and infect humans.”

Other ways to predict pandemics could lie in more precise tracking of which pathogens are actually infecting humans. Some researchers say that too often, clinicians tend to diagnose many human infections as colds or diarrhoea instead of identifying the pathogen.

Further, the 2005 revision of the WHO’s International Health Regulations required countries to inform one another of outbreaks with the potential to spread. The treaty also required rich countries to help poor countries conduct their own disease monitoring, but rich countries have neglected it.

There is also the need to plug any gaps between scientific warnings and government action. For example, in 2005, hundreds of bat viruses similar to SARS-CoV were discovered, and in 2013, it was found that some were already able to infect humans. This should have pushed governments to focus on developing coronavirus vaccines and drugs, but this did not transpire.

Arguably most importantly, we must address the aspects of modern life that exacerbate the spread of unknown pathogens, like deforestation and consumption of wildlife. Until this happens, zoonotic diseases will continue to emerge and spread.

Peter Daszak, director of the EcoHealth Alliance, says, “We are in the age of pandemics. We treat pandemics as a disaster-response issue. We wait for them to happen and hope a vaccine or drug can be developed quickly in their aftermath. But there still is no vaccine available for the SARS virus of 2002–03, nor for HIV/AIDS or Zika, or a host of emerging pathogens. We need to start working on prevention in addition to responses.”

He and his team came up with a three-layered defence to predict and stop future pandemics. First, a worldwide effort is needed to find and track the hundreds of thousands of as-yet unknown pathogens that could threaten us. Second, monitoring of blood samples and other indicators from people living in places where new diseases are most likely to emerge is needed and third, a programme to employ all the data collected is needed that will get a head-start in the development of drugs and vaccines.

Since zoonotic disease emergence is driven almost entirely by human behaviour, we hold the key to our own safety in our own hands. We must urgently rethink our relationship with nature to avoid further pandemics from devastating economies and lives as COVID-19 has done.