The Project Working to Predict and Avoid Pandemics 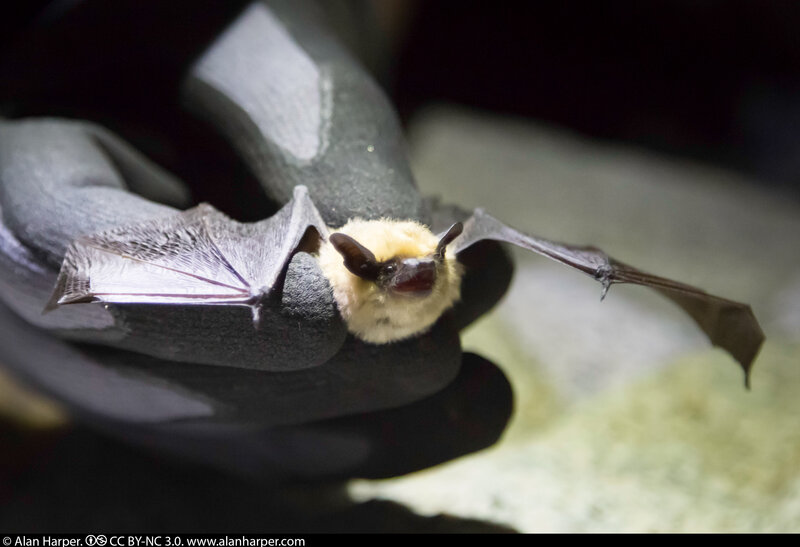 In February 2018, a panel of experts presented to the World Health Organization (WHO) a list of diseases that posed public health risks but for which there were no countermeasures. On the list were Ebola, SARS, Zika, Rift Valley Fever and “Disease X.” This disease would be caused by a pathogen never seen in humans before and would originate from animals somewhere in the world where people had invaded wildlife habitats. It would be deadlier than seasonal influenza but would spread just as easily between people. It would be the world’s next pandemic. That prediction has been realised less than two years later; beginning in Wuhan, China late last year, “Disease X,” or COVID-19, has now infected nearly 30 million people and killed nearly 1 million people. As humans encroach on wildlife more as the population grows, zoonotic diseases will emerge more often. Can we predict and spot viruses that have the potential to become pandemics early, and stop them before it happens? The Global Virome project is looking to do just that.

Dennis Carroll is the former US director for pandemic influenza and emerging threats; under Barack Obama, Carroll ran the US government’s PREDICT programme, that aimed to be an early warning system for future outbreaks of pandemics. By the time Donald Trump shut it down in 2019, PREDICT had collected more than two million mucus and saliva samples from thousands of bird and mammal species from virus hunters, universities, conservationists and natural history museums around the world. It has identified 949 novel viruses, created a database of known viruses in wildlife and trained nearly 7 000 scientists, lab technicians and field workers in 30 countries to look out for emerging diseases.

However, this is a fraction of what’s out there. Dr Carroll and his team made a statistical estimate that the world’s mammals and birds are host to between 700 000 and 2.6 million as-yet unknown species from families of viruses that have shown the potential to cause zoonotic disease in humans. Of these, between 350 000 and 1.3 million could have zoonotic potential.

Carroll now chairs the Global Virome project, a 10-year plan to build on the work of PREDICT and discover and genetically record all of the world’s unknown viral threats- a tall order. It has been described as “the beginning of the end of the pandemic era,” and “a change from responding to threats to proactively preparing for them strike.”

The search itself will help reduce the risk of pathogen spillover by identifying zoonosis hotspots, most of which occur in less developed, tropical countries, and enhancing monitoring capabilities in these areas.

The costs of cataloging what Carroll calls “biological dark matter” will be about USD$3.7 billion over the next 10 years, but this, he says, is “trivial compared to the cost of just this latest pandemic.” He says that a scaled back version- one that focuses on the highest-risk countries, the groups of people most vulnerable to outbreaks within those countries and the species most likely to be sources of spillover- might get 70% of the data for a quarter of the money.

The goal of the project is to have an open repository of the genetic makeup of all the world’s most dangerous viruses to better predict and prepare for outbreaks of pandemics and allow drug companies to develop drugs and vaccines in advance. Until now, zoonotic disease prediction has relied on surveillance and preparedness. Carroll says, “Surveillance has primarily focused on identifying early cases of a virus, identifying the first case and then responding. But any virus that poses a future threat already exists. So why wait for it?”

“We need to understand viruses and their ecosystems better, gain a better understanding of hotpots. Compare weather forecasting: 50 years ago it was very limited, we could forecast a hurricane two days out. Now we can forecast them on an annual basis, pick them up off the coast of west Africa, and make pretty precise predictions.”

He carries on, “We’re at the stage now with viruses where weather forecasting was 50 years ago. We have some data but we need much more and we need to run it through models like meteorologists do. We want to move the world of virology on from being a Mom-and-Pop operation. There are 4 500 coronaviruses alone. Why can’t we document them in their entirety? PREDICT showed us we could do it.”

Why is This Project Needed?

As seen at the WHO in 2018, scientists have been warning of a zoonotic pandemic for decades. The UN warns that more of them will emerge. There are a few reasons for this: as the global human population grows, more people are infiltrating and destroying wild ecosystems, where they encounter new animal infections; there are poor systems in place for early diseases detection and containment; a lack of vaccines and drugs, and research and development for “emerging” diseases.

Six out of 10 infectious diseases that affect us come from animals. This includes HIV/AIDS, Ebola, MERS, SARS and COVID-19. There is clearly a need to stem the emergence and spread of zoonotic diseases.

The world’s response to COVID-19 has been similar to SARS in 2002 and the H5N1 avian influenza in 2005: move to a costly panic mode intended to slow the spread of the disease while scientists work to develop a vaccine. This, Peter Daszak, director of the EcoHealth Alliance, says, “is not a plan.”

The cost of sequencing the DNA and RNA in which viruses store their genes has, since the second half of the 2000s, fallen exponentially, which has made virus hunting possible on a previously unimaginable scale. This should quell any concerns that projects to predict pandemics, like the Global Virome, would be financially unfeasible.

How Can We Prevent Pandemics?

Richard Osfeld of the Cary Institute of Ecosystem Studies, says that the best way to predict zoonotic diseases may be to narrow research to where humans are disturbing natural environments the most. The great zoonotic threats are not in wild nature, he says, but where natural areas have been converted to cropland, pastures and urban areas.

Research also shows that large animal farms create the conditions conducive to bacteria and other pathogens spreading between animals and humans. Sam Sheppard, who conducted the research, says that the consumption of fresh meat- which has quadrupled since 1961- has increased the chance of animal diseases infecting humans. He says, “The overuse of antibiotics, crowded conditions, unnatural diets and genetic similarity make factory farms hotbeds for pathogens to spread among animals and potentially to emerge and infect humans.”

Other ways to predict pandemics could lie in more precise tracking of which pathogens are actually infecting humans. Some researchers say that too often, clinicians tend to diagnose many human infections as colds or diarrhea instead of identifying the pathogen.

Further, the 2005 revision of the WHO’s International Health Regulations required countries to inform one another of outbreaks with the potential to spread. The treaty also required rich countries to help poor countries conduct their own disease monitoring, but rich countries have neglected it.

There is also the need to plug any gaps between scientific warnings and government action. For example, in 2005, hundreds of bat viruses similar to SARS-CoV were discovered, and in 2013, it was found that some were already able to infect humans. This should have pushed governments to focus on developing coronavirus vaccines and drugs, but this did not transpire.

Arguably most importantly, we must address the aspects of modern life that exacerbate the spread of unknown pathogens, like deforestation and consumption of wildlife. Until this happens, zoonotic diseases will continue to emerge and spread.

Peter Daszak says, “We are in the age of pandemics. We treat pandemics as a disaster-response issue. We wait for them to happen and hope a vaccine or drug can be developed quickly in their aftermath. But there still is no vaccine available for the SARS virus of 2002–03, nor for HIV/AIDS or Zika, or a host of emerging pathogens. We need to start working on prevention in addition to responses.”

He and his team came up with a three-layered defence to predict and stop future pandemics. First, a worldwide effort is needed to find and track the hundreds of thousands of as-yet unknown pathogens that could threaten us. Second, monitoring of blood samples and other indicators from people living in places where new diseases are most likely to emerge is needed and third, a programme to employ all the data collected is needed that will get a head-start in the development of drugs and vaccines.

“Pandemics are like terrorist attacks,” he says. “We know roughly where they originate and what’s responsible for them, but we don’t know exactly when the next one will happen. They need to be handled the same way – by identifying all possible sources and dismantling those before the next pandemic strikes.”