What is a Dead Zone? 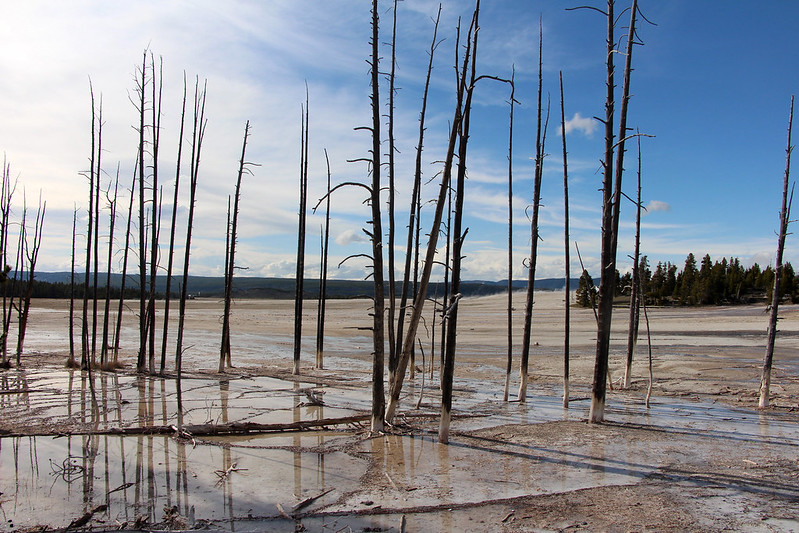 The term “dead zone” or “hypoxia” refers to low-oxygen areas in the world’s lakes and oceans and is so called because very few organisms can survive in hypoxic conditions. Hypoxic zones can occur naturally, but human activities can also lead to the creation of new dead zones or the enhancement of existing ones. What are dead zones, how many are there in the world and how can they be prevented?

What is a Dead Zone?

When the algae die and sink to the bottom of the water bed, they provide a rich food source for bacteria, which when decomposing consume dissolved oxygen from surrounding waters, depleting the supply of marine life. If stratification of the water column (when water masses with different properties form layers that prevent water mixing) occurs, these waters will remain oxygen poor.

Human activities mainly cause these excess nutrients to be washed into the ocean, which is why dead zones are often located near inhabited coastlines.

Shallow waters are less likely to stratify than deep waters, and so are less likely to develop hypoxic conditions. This is because shallow waters tend to be well-mixed by winds and tides. Additionally, waters that are shallow and clear enough to allow light to reach the bottom can support primary producers such as phytoplankton, algae and seagrasses that release oxygen during photosynthesis.

This process has increased because of the rise in intensive agricultural practices, industrial activities and population growth, which all emit large amounts of nitrogen and phosphorus that settle into our air, soil and water. Fossil fuels also release nitrogen into the atmosphere.

Eutrophication’s Impact on the Environment

Phosphorus, nitrogen and other nutrients increase the productivity or fertility of marine ecosystems. Organisms such as phytoplankton, algae and seaweeds grow quickly and excessively on the water’s surface. This rapid development of algae and phytoplankton is called an algal bloom. Algal blooms can create dead zones beneath them, because they prevent light from penetrating the water’s surface. They also prevent oxygen from being absorbed by organisms beneath them. Sunlight is necessary for plants and organisms like phytoplankton and algae, which manufacture their own nutrients from sunlight, water and carbon dioxide.

Algal blooms are sometimes referred to as “red tides” or “brown tides,” depending on the colour of the algae. Cyanobacteria causes red tides.

Algal blooms are also often cause of human illness. Shellfish, such as oysters, are filter feeders. As they filter water, they absorb microbes associated with algal blooms. Many of these microbes are toxic to people. Algal blooms can also lead to the death of marine mammals and shore birds that rely on the marine ecosystem for food.

They can also impact aquaculture, or the farming of marine life. One red tide event wiped out 90% of the entire stock of Hong Kong’s fish farms in 1998, resulting in an estimated economic loss of USD$40 million.

Algal blooms usually die soon after they appear because the ecosystem cannot support the huge number of cyanobacteria. The organisms compete with one another for the remaining oxygen and nutrients.

Natural Dead Zones Around the World

How Many Dead Zones Are There In the World?

The Chesapeake Bay in the US was one of the first dead zones to be identified in the 1970s. Even though there are a number of programs to improve its water quality and reduce pollution runoff, the bay still has a dead zone whose size varies with the season and weather.

Scientists have identified 415 dead zones worldwide. Hypoxic areas increased from about 10 documented cases in 1960 to at least 169 in 2007. The majority of the world’s dead zones are along the eastern coast of the US, and the coastlines of the Baltic States, Japan and the Korean Peninsula.

Notable examples include the Gulf of Mexico and the Baltic Sea. The Gulf of Mexico has a seasonal hypoxic zone that forms every year in late summer. Its size varies from smaller than 5,000  to 22,000 square kilometres.

The Baltic Sea is home to seven of the world’s 10 largest marine dead zones. Increased runoff from agricultural fertilisers and sewage has exacerbated the eutrophication process. Overfishing of Baltic cod has intensified the problem. Cod eat sprats, a species that eats microscopic zooplankton, which in turn eat algae. Fewer cod and more sprats mean more algae and less oxygen. The spreading dead zones are starting to reach the cod’s deep-water breeding grounds, further endangering the species.

The Baltic Sea has become the first “macro-region” targeted by the EU to combat pollution, dead zones and overfishing. The EU is coordinating the Baltic Sea Strategy with eight EU member countries that border the Baltic Sea: Denmark, Estonia, Finland, Germany, Latvia, Lithuania, Poland and Sweden.

There are also 233 areas of concern around the world, ie. areas that are at risk of becoming hypoxic.

What Can Be Done to Prevent Dead Zones?

Dead zones are reversible if their causes are reduced or eliminated. For example, a dead zone in the Black Sea largely disappeared in the 1990s, following the fall of the Soviet Union, when the cost of chemical fertilisers skyrocketed. Further, efforts by countries along the Rhine River to reduce sewage and industrial emissions have reduced nitrogen levels in the North Sea’s dead zone by more than 35%. There are only 13 coastal systems in recovery around the world.

Simply put, countries around the world must reduce industrial emissions and improve agricultural practices in areas where dead zones are a problem.

To combat the issue of dead zones, policymakers could consider incentivising inland farmers to move away from the use of harmful chemicals. Conservation compliance programmes should be implemented, benefiting farmers who engage in healthy soil and water management practices, such as placing buffers or dams to protect streams adjacent to agricultural land, and scaling up the use of perennial plants that can survive for several years and minimise soil erosion. In exchange, farmers can be allowed discounts on services and lowered taxes. States could alternatively analyse smaller watersheds within the wider basin area that carries harmful chemicals, focusing policy on the most polluted rivers and streams. By understanding which individual bodies of water carry the highest concentrations of toxic runoff to the shore, regulators can be more fiscally and temporally efficient in enacting policy changes.