What is the Future of Southeast Asia’s Forests? 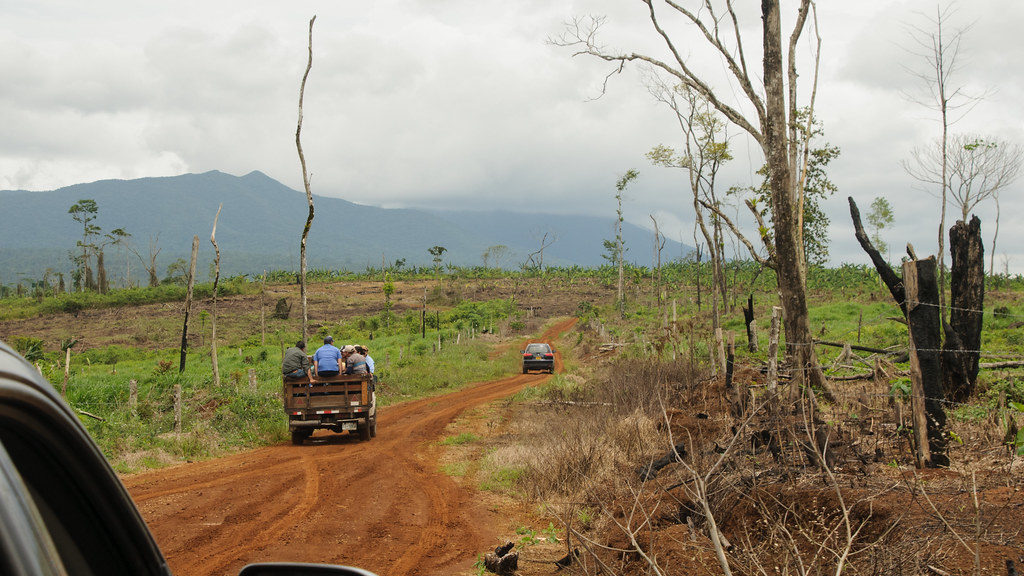 Forests in Southeast Asia have faced extensive deforestation in recent decades. Socioeconomic pathways of Southeast Asian countries will decide the fate of their forests.

Millions of hectares of once-lush, intact forests in Southeast Asia have given way to agriculture. If deforestation continues at the current pace, experts say, over half of the existing biodiversity in the region would disappear by the year 2100.

Scientists argue that the future of deforestation in Southeast Asia’s forests depends on the socioeconomic pathways the countries in the region will adopt. A group of researchers has boiled the future of forests in the region down to a few likely scenarios called Shared Socioeconomic Pathway (SSP) These scenario projections largely depend on the willingness of local governments to adopt and enforce effective climate change mitigation measures to protect the commons.

Southeast Asia’s forests, from 2005 to 2015, have lost over 80 million hectares—one-third—causing a loss of 4.5% of Aboveground Forest Carbon Stocks (AFCS). Indonesia and Malaysia are leading the way for forest clearance and land conversions to agriculture and palm oil plantations.

The group, scientists from the National Institute for Environmental Studies, the Institute for Global Environmental Strategies, the University of Tsukuba in Japan and the European Commission Joint Research Centre in Italy, published their findings in the scientific journal Nature Communications.

The first scenario, SSP 1, assumes inclusive development and respect for perceived environmental boundaries, as well as high investment in human capital, education, and awareness. Conversely, SSP 3 presents a polar opposite dimension that assumes fragmentation, comparatively weak global institutions and a lack of cooperation in addressing global environmental concerns, together with poor investments in education and awareness.

Based on their projections, researchers found that SSP1— the green road scenario—would yield the greatest net forest cover increase of 9.5% (19.6 million hectares) and an 8% increase in AFCS by 2050.  SSP3— the pessimist path—would cause the greatest net forest cover loss of 2.5% (5.2 million hectares) and a 4% decrease in AFCS by the same year.  Southeast Asia could lose over 39,000 hectares of intact forests and 580,000 hectares of protected forests under SSP3. Intact forests are better at storing carbon as compared to degraded forests. The protected forest areas are also important reserves of tropical biodiversity.

For this study, the researchers constructed a spatiotemporal model of forest cover change in Southeast Asia from 2015 to 2050. They used the European Space Agency’s Climate Change Initiative (ESA-CCI) land cover maps as their data source to detect forest cover changes from the recent past to the present. Their research method was built on a state-of-the-art spatially explicit, pattern-based land change modeling approach, and employed the Land Change Modeler (LCM), which is available in a software package called TerrSet. Their approach included three major parts: forest cover change quantification, transition potential modeling, and forest cover change spatial allocation.

Based on their findings, the authors urge Southeast Asian countries to strive towards the SSP1 pathway encouraging policymakers and businesses in the region to work together to drive inclusive economic growth aligned with the UN sustainable development goals.

Initiatives like the New York Declaration on Forests and the United Nations Programme on Reducing Emissions from Deforestation and Forest Degradation (UN-REDD) can provide the fertile policy framework to boost restoration in the region.

There are reasons to be optimistic. “The awareness that government leaders and their respective peoples have of various global environmental issues, including deforestation and its widespread consequences, has undoubtedly increased in the last few decades,” the paper says. “Arguably, all of these things can have a significant impact on forest protection, conservation, and expansion, sustaining the likelihood of SSP 1—the sustainability scenario.”