What is Trophy Hunting? 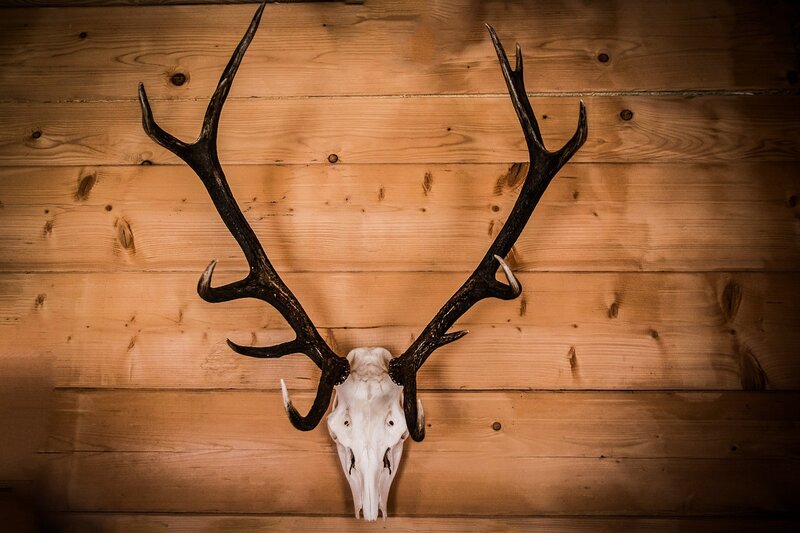 Trophy hunting is the shooting of big game animals such as rhinos, elephants, big cats and bears for one’s pleasure. These animals are killed for their body parts to be displayed as ornaments to show off one’s power and success of the hunt. It remains one of the most controversial topics in the conversation about wildlife: while some people are greatly concerned about the violation of animal rights, others claim that trophy hunting aids animal conservation efforts.

How Does it Work?

Trophy hunting is a commercial operation that involves consumers paying for hunting experiences, usually in Africa. Professional hunters usually lure these wild animals with bait and then collect their trophies (the animal’s body parts) after shooting the animal. Canned hunting is another form of trophy hunting in which wild animals (usually lions) are raised in captivity to be shot by hunters.

WWF recognises the possible economic benefits to animal conservation brought by trophy hunting, but only if it clearly demonstrates both community and conservation benefits and adheres to the minimum conservation standards outlined by their policy on trophy hunting regulations. One of the often quoted benefits of trophy hunting is that it can generate large sums of money which provide financial incentives to communities, landowners and authorities to protect the animals and use land for wildlife conservation instead of agriculture, for example.

Despite the income generated by these rich hunters who pay exorbitant fees to bring home their “trophies,” it is unclear whether this money really goes into supporting sustainable animal conservation projects due to a lack of monitoring bodies. Additionally, the hunting companies’ contribution to local community development is minimal. According to an analysis by the International Council for Game and Wildlife Conservation and the UN Food and Agriculture Organization, hunting companies contribute an estimated 3% of their earnings to local communities who are affected by hunting activities. Moreover, the trophy hunting industry does not have a huge economic impact on the local GDP compared to the tourism industry. The Humane Society International says that the hunting industry generates less than $132 million a year, about 0.03% of the studied regions’ GDP, whereas the income generated from the overall tourism industry makes up between 2.8% and 5.1% of GDP (around $17 billion) in the eight studied countries.  The income generated by trophy hunting pales in comparison to that of tourism and wildlife walkthroughs.

However, some research refutes the conservation benefits of trophy hunting. While trophy hunts can cost tens of thousands of dollars, very little of that money goes back into the community or into conservation programmes. Currently, there is no research showing how any breeding facility or canned hunting operation has made any significant contribution to uplifting communities.

Additionally, the animals targeted for trophies are often not surplus animals, but are some of the most endangered species on the planet. Lion populations, for example, have been decimated by trophy hunting among other threats. A 2019 report noted that 40% of the big game hunting zones in Zambia and 72% in Tanzania are now classified as depleted solely because the big game has been hunted out of the area.

The Case of Cecil the Lion

In July 2015, Cecil the lion was shot dead by Walter Palmer, a dentist and trophy hunter, with an arrow in Zimbabwe. According to reports, Cecil was being lured with an elephant carcass, which allowed the professional hunters to injure him with arrows. Palmer then killed Cecil with a second arrow, but not before the lion suffered for 10-12 hours. The tragic death of Cecil enraged the international community since he was well-known among locals and was actually collared by scientists as part of a study. The United States Fish and Wildlife Service fined Palmer USD$3 000 and charged him with a year’s probation. Sadly, Cecil’s son, Xanda, was shot on a legal trophy hunt 2 years later.

If the dominant male lion of a pride is killed, lionesses and cubs will become vulnerable to another lion that may take over the pride and kill all the juvenile lions of the previous leader. Not only does this endanger the comparatively weaker lions, it also disrupts the social structure and the survival chances of these groups. “Trophy hunters select the lions with the biggest manes because they make the most impressive trophies. These are also the strongest and fittest animals,” says Eduardo Goncalves, founder of the Campaign To Ban Trophy Hunting. The killing of the strongest lions means that future generations will have a lower survival chance when facing harsh environmental changes since these adult lions cannot pass down their high-quality genes. Killing lionesses also exposes their cubs to the danger of starvation. Ultimately, the number of lions may drop, further pushing them near the brink of extinction if the situation continues.

Often, hunters use painful weapons like bows, arrows, handguns and muzzle-loaders to wound the animals, causing them to suffer excruciating pain before dying. These animals are separated from their groups which may result in immense stress to the remaining family members. Most importantly, trophy hunters hunt for human pleasure instead of conservational causes which is not justifiable.

Some countries such as South Africa and Kenya have imposed restrictions and a complete ban on trophy hunting respectively. Despite having banned trophy hunting completely since 1977, Kenya continues to show a stable growth in tourism alongside other regions that still allow trophy hunting activities, further demonstrating the unclear significance of trophy hunting in the context of overall tourism revenues. Another study done in South Luangwa National Park in Zambia reported that there was an increase in the number of cubs born each year upon implementation of the ban. The number of adult male lions also grew significantly, from 116 lions in 2012 to 209 in 2015.

What Can We Do To End Trophy Hunting?