Which Plant-Based Milk Is Right For You? 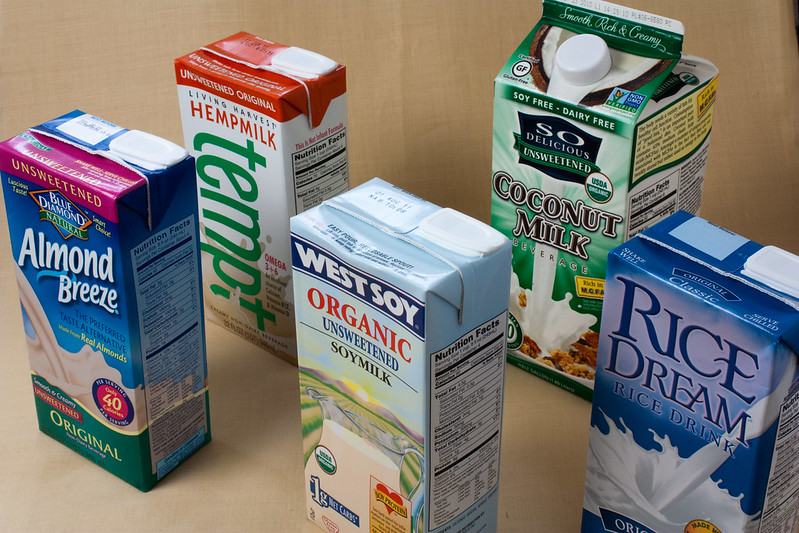 More and more people are making the shift to plant-based diets, including plant-based milk. However, it can be difficult to discern what the best option is with the variety of milks. What are the health benefits and environmental impact of oat, soy, almond, coconut and other plant-based milks?

Research has emphasised the importance of food development tailored to the changing demands of consumers. As consumers have shown to be more invested in nutritionally beneficial products, beverages that address lifestyle needs– such as to boost energy, fight ageing, overcome fatigue and stress, target diseases and help deal with intolerances- are becoming increasingly popular.

One major development is milk alternatives to help those with cow milk allergies, lactose intolerance and prevalence of hypercholesterolemia- among other dietary requirements.

Plant sources such as cereals and legumes contain essential health-promoting components including dietary fibres, minerals, vitamins and antioxidants and have thus appeared in non-dairy, healthy and affordable plant-based milk alternatives.

In addition to the health benefits plant-based milks offer, they are also better for the environment in terms of production.

Although there is a limited number of studies that have investigated the environmental impact of plant-based milk alternatives, the data available indicates that, for example, the climate impact per unit weight of product from the production of plant-based milk is substantially lower than for cow’s milk due to the avoided emissions from animals, manure and feed production. This also helps reduce soil  acidification, eutrophication and water stress.

Sujatha Bergen, director of health campaigns at the Natural Resources Defense Council, noted “no product has zero effect on the environment, but if you shift from dairy to plant milk, even to some extent you’re doing the environment a favour.”

Oat milk’s popularity is relatively recent, and has been mainly attributed to its presence of dietary fibres, phytochemicals and high nutrient content.

Oats have been shown to have hypocholesterolemic and anticancerous properties and contain dietary fibres such as beta-glucan, functional protein, lipid and starch components as well as phytochemicals. Oats are also a good source of protein with good amino acid balance. Beta-glucan, the functionally active component, is a soluble fibre that has the ability to delay gastric emptying time which can lead to reduced blood glucose levels. They are also a good source of antioxidants and polyphenols.

However, a study found that oat milk lacks calcium which is essential for growth and development- especially when toddlers and adolescents are concerned. The researchers outlined that it needs to therefore be fortified before its consumption as a milk alternative.

Oat milk has the lowest environmental impact in comparison to the other major plant-based milk alternatives available on the market (e.g. soy and almond), due to its low water requirement.

Moreover, oats can grow during the winter, which means they are often used as a cover crop: they are grown when farmland would otherwise lie fallow. Cover cropping can reduce fertiliser and pesticide requirements of other crops, diversify plants to feed wildlife and insects, boost soil fertility and extract carbon dioxide from the atmosphere by maintaining live vegetation for the majority of the year.

The first use of soy milk was reported approximately 2 000 years ago in China. Soy milk was the first plant-based milk product to replace cow’s milk where the supply had adequate nutrition. It also proved popular amongst those allergic to milk proteins and intolerant to lactose.

Soy milk is a good source of essential monounsaturated and polyunsaturated fatty acids which are beneficial for cardiovascular health.

The active component of soybeans, isoflavones, have protective properties against cancer, cardiovascular disease and osteoporosis. Soy foods are also rich in phytochemicals like phytosterols, which can reduce cholesterol.

Soy milk is free of lactose and cholesterol and is easily digestible.

Moreover, one litre of soy milk requires about 297 litres of water to produce, which is a third of the water required to produce one litre of cow’s milk.

In comparison to other plant-based milks, almond milk is a natural source of vitamins, especially vitamin E which cannot be synthesised by the body organically and needs to be obtained through diet or supplements. Alpha-tocopherol is the functionally active component of vitamin E and is a powerful antioxidant which helps fight against free-radical reactions. Almonds are also rich in calcium, magnesium, selenium, potassium, zinc, phosphorus and copper, and contain prebiotic properties which assist in lowering serum cholesterol level.

Almond milk is more nutritious than other plant-based milks due to its high calcium and fat content.

California is responsible for growing 80% of all almonds, and being a country with drought on the rise, the environmental sustainability of almond production is under scrutiny due to its high water requirement- growing just one almond requires approximately 5 litres of water.

Commercially it is available under the brand names Almond Breeze (US), Pure Harvest (Australia) and Alpro (UK)- for example.

Coconut milk is nutrient dense and a good source of fibre. It is also rich in vitamins C and E and minerals like iron, calcium, potassium, magnesium and zinc.

There is little to no reports of allergic reactions to coconut milk, making it a product suitable for all. Other benefits of coconut milk include: digestive aid, skin nourishing and cooling properties. However, the presence of saturated fats is a potential downside.

Some research has shown that coconut milk production emits half the carbon dioxide equivalent emissions of soy milk, and requires little water and energy compared to other plant-based milk products.

However, coconut milk has been called environmentally unsustainable due to the emissions it produces being exported from countries like Indonesia, Philippines, and India- where they are grown- to countries where they are sold- like the US and UK.

Coconut milk is available in the market, including the brands Blue Diamond (US), Silk (US), Nutty Bruce (Australia) and Alpro (UK). 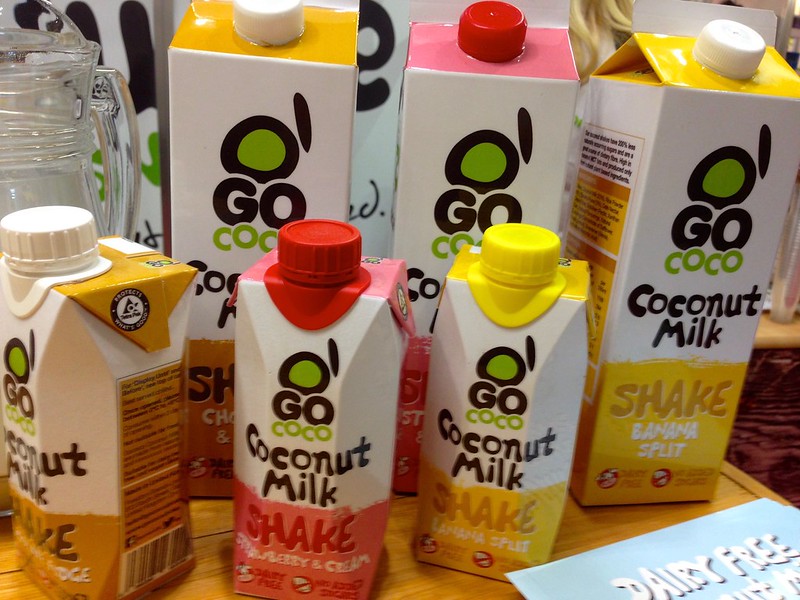 Peanut milk, sesame milk, lupin milk and tigernut milk are all high in magnesium, which can lower blood pressure, fight diabetes and improve mood. They’re also all gluten-free, making them viable options for those who are gluten intolerant or celiac, for example. Furthermore, other plant-based milk, such as quinoa, hemp, cowpea, hazelnut, sunflower and melon seed milk, are made and/or commercially available in some Western countries however lack scientific literature backing up their health benefits. Future research should investigate the many benefits of plant-based milk production and consumption from the environmental perspective in order to encourage the public to limit their cow milk ‘footprint’ and investors to help promote such products.

The above outlines the many health and environmental benefits of plant-based milks as alternatives to cow’s milk. From a holistic perspective, consuming more plant-based products can help the industry gain more traction through supply and demand, and hopefully limit the production of cow’s milk- possibly extending to all dairy products. This would decrease greenhouse gas emissions, eutrophication, unnecessary water use and assist in utilising land more efficiently and sustainably. The future does not require everyone to adopt a completely plant-based diet, however consuming more plant-based products and less dairy products could help decrease the adverse effects of the climate crisis, and further advance the transition to a greener society and economy.