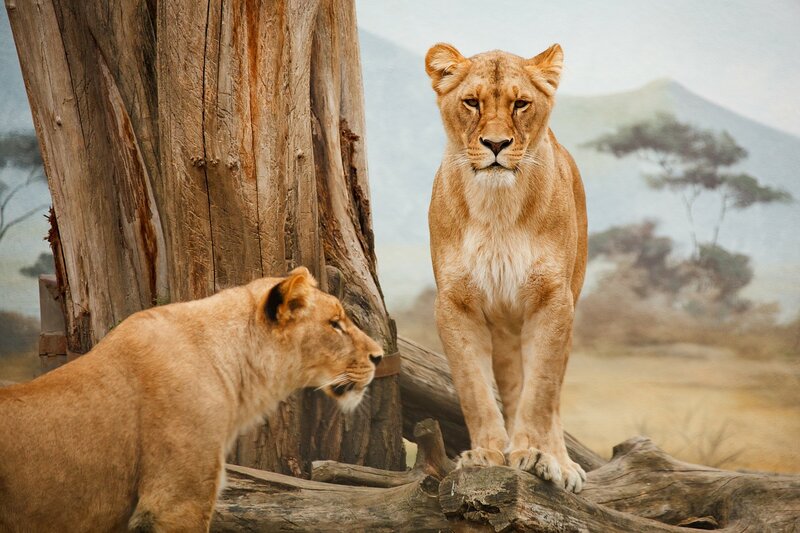 December 4 is Wildlife Conservation Day! In celebration of this day, which aims to bring awareness to the plight of wildlife globally in the age of climate change, Earth.Org is republishing this piece from October 12.

There is a growing body of research that shows that spending time in nature can improve mental and physical wellbeing. In 2017, a Wildlife Trusts’ report entitled, “The Health and Wellbeing Impacts of Volunteering with The Wildlife Trusts” found that amongst those with reported mental health issues, 69% of those who spent time involved in environmental conservation projects felt an improvement during a six week period. Further, a study from Scientific Reports finds that only two hours per week is needed to reap nature’s calming benefits.

Wildlife refuges can help reduce the impact of natural disasters on local communities.

They also help to control flood and erosion by managing the vegetation and improving stream quality. For example, in three days after Hurricane Florence in 2018, Waccamaw National Wildlife Refuge soaked up almost 100 billion gallons of water from the Pee Dee River, sparing some South Carolina communities from flooding.

Plants, trees and shrubs in wildlife refuges absorb carbon dioxide from the atmosphere and purify the air we breathe. They also improve local water quality- marsh plants found in refuges filter pollutants and excess nutrients from water before it flows into streams, rivers and lakes that supply communities with drinking water. Further, freshwater mussels are also efficient water purifiers- one mussel can filter 10 to 20 gallons of water per day by removing small particles and contaminants.

In the US, for every USD$1 that Congress spends on the Refuge System, wildlife refuges generate nearly $5 in local economies. In 2017, 53 million people visited wildlife refuges in the US, which generated about $3 billion in economic activity and supported over 40 000 jobs.

Interestingly, in some areas, wildlife refuges increase the value of nearby homes.

Refuges conserve, restore and display thousands of cultural artefacts to allow citizens to learn more about and connect deeper with a country’s history.

In the US, some of these include dinosaur fossils and other archaeological remains, Civil War-era artefacts and World War II sites.

National wildlife refuges conserve America’s fish and wildlife. Visitors may hunt, but there are strict controls in place to ensure that hunting is done sustainably and safely.

Ecosystems with a high level of biodiversity are generally more stable and healthy than others. Having a more biodiverse ecosystem buffers communities from environmental stressors and allows them to recover more quickly after disturbances.

According to UN Secretary General, Antonio Guterres, at least one million species are threatened with extinction. It is celebrations like Wildlife Conservation Day that reinforce the message that we need to rethink our relationship with nature, ending our wanton invasion of natural habitats for resource extraction and restoring degraded landscapes to their former glory.