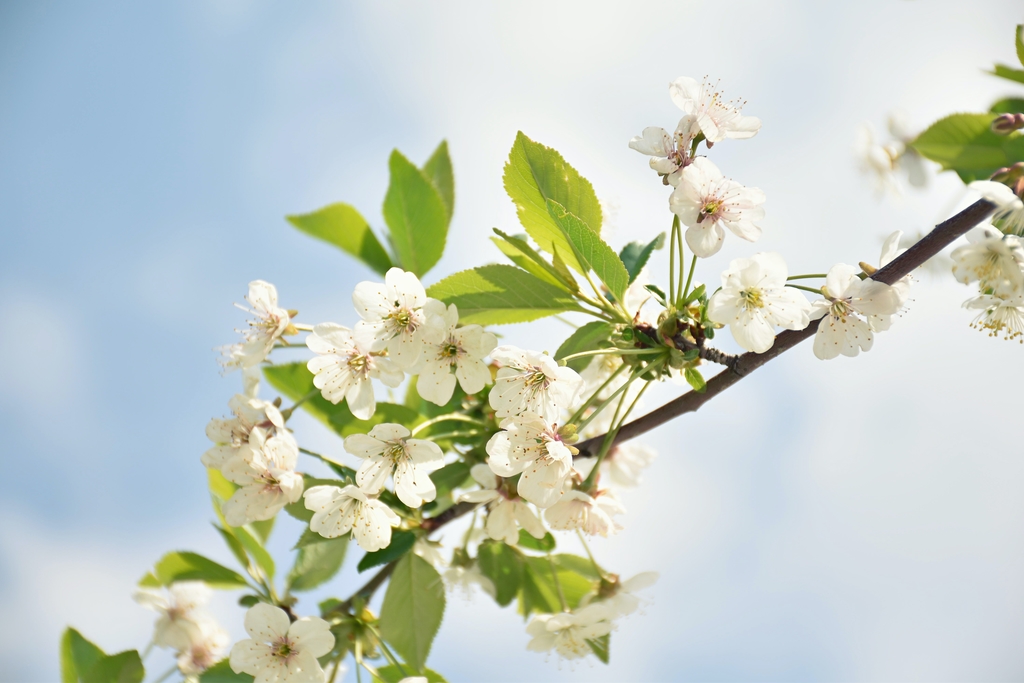 With rising temperatures brought on by the climate crisis, summer comes early, prompting plants to sprout and bloom earlier than usual. Until recently, scientists were not particularly worried about this premature blooming, as thriving plants might help mitigate the climate crisis by sequestering carbon dioxide. However, research shows that plants are actually growing less. What can be done?

With the results published in the journal, Nature, scientists studied three decades of satellite data and concluded that many regions can’t keep their early spring growth going through summer and into the fall because early growth sucks water out of the soil, leaving little left over for the main growing season.

How does climate change affect flowers?

Wolfgang Buermann, who led the study, says, “Because of climate change, plants bloom earlier and more in spring, but they cannot sustain this until summer and autumn. That means over the entire year, the effect of warm springs on photosynthesis is small. Plants need water to grow. If plants start to bloom earlier, they take up water earlier from the soils, and then the water is missing in the drier summer season to sustain the growth.

He adds, “If leaves emerge earlier, they will also die earlier and hence cannot do photosynthesis in late summer.” The scientists believe that some existing climate models overestimate the amount of carbon that plants absorb due to early growth.

Scientists measured the amount of green colour in satellite photos to determine how much vegetation covered the Earth’s surface by season and year, and they used temperature data to search for those years with colder or warmer than average springs. After this, spring temperature was compared with the vegetation productivity in spring, summer and autumn; this comparison was done for every point at the globe to the north of the 30th parallel north, from southern Europe and Japan to the most northerly tundra regions.

The results showed that the northern hemisphere becomes greener in the spring, but these effects reverse in summer, causing an overall loss of plant growth, meaning more heat-trapping CO2 in the atmosphere and less water in the soil.

Deviations from normal weather conditions can have adverse impacts of plant growth.

Extremely hot or cold temperatures can also hamper plant growth, as well as affect seed germination. Cool temperatures in autumn trigger the plant to reduce growth and store energy. Extreme temperatures can also inhibit fruit set on tomatoes and other garden plants, and hot weather can cause cool-season vegetables to bolt– the premature production of a flowering stem on a plant before it can be harvested- resulting in reduced production and changes in flavour. Temperature can also have indirect effects on plants. A warm winter may result in a larger insect population the following season, which may have resulted in this year’s locust invasion in West Africa.

Many plants require a chilling period of a certain number of days before growth resumes in spring. Repeated freezing and thawing of groundwater and soil- called heaving- can happen in shallow-rooted plants, resulting in their roots being pushed out of the ground.

Heat waves and droughts will occur more often under the climate crisis; if plants use all the water in spring, this could mean that droughts will become even worse in summer.

As the planet warms, spring has been coming earlier. The northern hemisphere spring equinox fell on March 19 this year, the earliest equinox the hemisphere has seen in 124 years. While this is basically inconsequential with the equinox usually falling on March 20, the warmer spring weather is far more noticeable a change.

Thanks to anthropogenic climate change, spring is happening about 2.5 days earlier every decade.

A study conducted in 2016 of 276 parks across the United States used NASA Earth Observatory images to observe flowering periods over the years in the parks. The study found that around 75% of the parks have been experiencing earlier springs that year and half saw the earliest springs recorded in 112 years. In Olympic National Park in Washington, the first leaves are now appearing 23 days earlier than they did a century ago, while the Grand Canyon is seeing leaves appear about 11 days earlier.

National parks in the Sierras, along the Appalachian Trail and in Utah are seeing leaves appear five to 10 days earlier.

Changes in blooming seasons will affect bee populations. Despite the longer blooming season, plants aren’t producing more flowers. With the same number of flowers blooming over a longer period of time, bees could face a situation where there are fewer in bloom at any given time, which could increase competition between pollinators for these resources. If bees experience continued population loss, that will in turn impact the plants that depend on the insects for pollination.

Meanwhile, Norway experienced a rare heatwave for early January, when temperatures should normally be below freezing. The highest temperature, measured in the village of Sunndalsora, was 19 degrees Celsius- more than 25 degrees Celsius above the monthly average, making it Norway’s warmest January since records began.

The heatwave is due to an abnormally warm foehn wind, warm gusts that occur on the downwind side of mountain ranges.

Japan is famed for its pink cherry trees that line the streets in the springtime. Hundreds of thousands of people plan their journeys specifically to see this beautiful sight, but planning may become more difficult in the future, as the cherry blossom season is arriving earlier than usual due to the climate crisis.

Usually occurring in Japan for two weeks between late March and mid-April, this year’s cherry blossom season saw flower buds sprouting on March 14, the earliest date since the trees began being monitored in 1953. In October 2018, there were many cases of cherry blossom trees blooming completely out of season.

A 2017 report from the Japan Meteorological Agency showed that the cherry blossoms have been flowering earlier every year over the last six decades, with a trend of one day earlier per decade.

National Park Service ecologist, John Gross, says, “Changes in leaf and flowering dates have broad ramifications for nature. Pollinators, migratory birds, hibernating species, elk, and caribou all rely on food sources that need to be available at the right time.” While it may seem innocuous that plants bloom earlier, when temperatures start to misalign with usual seasonal changes, those species suffer.