Carbon Neutrality: Why the Wood Pellet Business Could be Harmful for the Environment 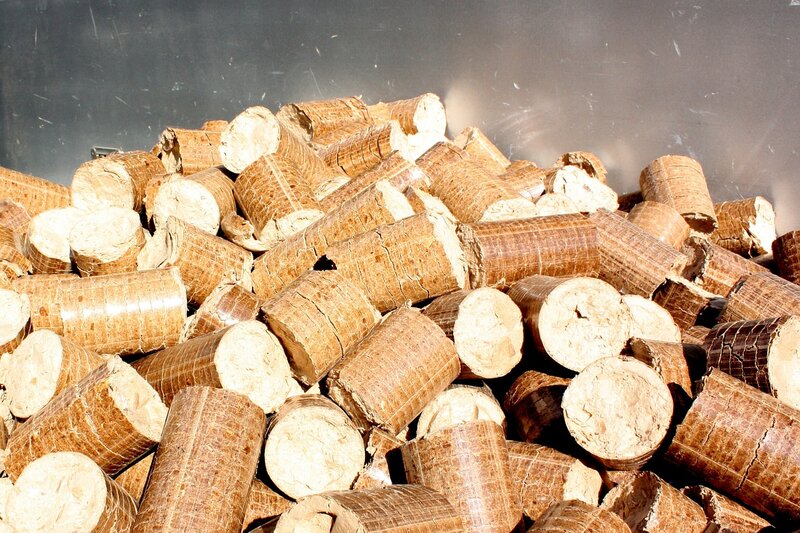 In 2018, the US Environmental Protection Agency (EPA) declared that burning wood, along with other forms of biomass, would be considered carbon neutral. The logic behind this is simple – any carbon released into the atmosphere when wood is burnt is “balanced out” when new trees that are planted reabsorb it. Since then, the industry has seen rapid growth, with US exports of wood pellets in 2019 reaching 6.9 million tons, more than triple the 2012 export levels. The nation exported 2.31 million tons in the first four months of 2020 alone, up from 1.96 million tons during the first 4 months of 2019. But there has been a growing number of voices challenging the assertion that burning wood is truly “carbon neutral,” and that the growth of this industry could instead generate significant levels of carbon emissions.

In 2019, wood and wood-derived biomass accounted for the majority of all biomass consumed for energy use in the US, comprising 46% of all biomass burnt. While traditionally unprocessed wood or “raw biomass” is burnt, burning wood processed into pellets has emerged as an alternative, both for home and industrial use.

Pellets mostly consist of waste from wood products, such as sawdust, refined into pencil-sized pellets uniform in size, shape, density and energy content. This improves the fuel efficiency of pellets compared to unprocessed wood biomass as moisture and other impurities are removed during the processing into pellets.

Enviva, a US-based bioenergy company and the world’s largest producer of wood pellets, claims that pellets produce lower sodium oxide compared to fossil fuel counterparts such as coal. But perhaps the greatest advantage of wood pellets is that they are compatible with existing coal power infrastructure with minor modifications. This has led to wood pellets being touted as a renewable replacement for coal, with the potential to quickly “decarbonise” the coal industry.

Certain members of Congress and the forestry industry had long pushed for a “environmentally friendly label” for the utilisation of wood as a biofuel, which the designation of “carbon neutral” has now provided. This also means that these industries now qualify for bonuses that were previously allocated to the development of other renewables, such as tax breaks and loan guarantees under the 2005 Energy Policy Act. It is estimated that the US provided $6.7 billion in subsidies towards renewable energy in 2016, consisting mostly of tax breaks, with 51% of these going to the biofuels industry. These subsidies have undoubtedly assisted in the massive growth of the wood pellets industry in the US.

This demand by the EU has largely been fuelled by its Renewable Energy Directive (RED), which requires the EU and its member-states to generate at least 20% of its energy needs through renewables by 2020. Like the US, the EU declared that wood harvested for bioenergy would be treated as a “carbon-free”, allowing for its use as a fuel to count towards the 20% quota.

Wood pellets are now being seen as an easy way to meet the targets of the Renewable Energy Directive. This is because it can be used as it is in existing coal power plants with minimal modifications, allowing producers to quickly switch into generating “renewable” energy. The Drax Power Station, one of the largest coal-fired stations in the UK, converted three of its generators to partly burn wood pellets, which now generate 15% of the UK’s renewable energy. The UK government has also pledged to completely phase out coal power by 2025, which could be made possible by burning biomass instead.

However, many voices in the scientific community have voiced concerns about designating burning wood as “carbon neutral”. In the EU, 796 scientists wrote an open letter to the European Parliament in opposition, while in the US the EPA has faced similar criticism.

A key concern is that while burning releases the carbon stored in trees immediately, there is a significant amount of time before trees can reabsorb that carbon. This extra carbon that needs to be reabsorbed by the new trees is called the “carbon debt” of burning the wood. Until this “debt” is repaid, the levels of carbon in the atmosphere will be higher than before.

Research from John Sterman, a professor at the Massachusetts Institute of Technology, suggests that repaying the carbon debt of substituting coal for wood would take around 44-104 years, depending on the type of forest. During this time, increased amounts of carbon in the atmosphere would intensify ongoing processes of climate change instead of alleviating it, and though in the long run the carbon debt would be repaid, the damage will already be done.

While the wood pellet industry adamantly claims that only waste wood is used to make pellets, it has been argued that the demand for wood as a fuel has encouraged deforestation. There have been increased cases of logging in the American South with the growth of the pellet industry, and a 2015 report from the American Forest and Paper Association concluded that the majority of wood pellets produced in the US came from whole trees, with only 24% coming from mill and forest residue. There have also been reports of illegal logging to meet the demand for wood in sensitive areas such as national parks in Slovakia and the Carpathian Mountains in Romania.

This is not taking into account the other costs in the wood pellet industry. As the majority of wood pellets are exported to other countries, emissions from the transportation of the pellets is a significant factor. The process of refining raw biomass into pellets also releases pollutants and causes air pollution in rural communities in the American South. With all this in mind, even if the carbon debt is repaid, all of these extra emissions will hinder achieving carbon neutrality.

These are just a few of the problems described by some as loopholes in carbon accounting, which are the standards by which countries measure their emissions. When it comes to exporting wood pellets, countries are not required to report the emissions produced at the destination where the wood is burned. Producers are also assumed to replenish their carbon stock, but there are few mechanisms in place for authorities to check whether trees have really been replanted. Most importantly, currently carbon accounting does not take into account the lag time for the carbon debt to be repaid, again acting on the assumption that it will be repaid, and ignoring the immediate impact on emissions that burning wood creates.

Does this mean we should stop using wood as a fuel? The problem is less with the use of wood as a fuel but instead with the huge demand of the fuel as governments scramble to reach sustainable energy goals within tight deadlines. Regulatory and labelling loopholes have encouraged the wood pellet industry to grow at an unsustainable rate, adding to the emissions that they are trying to reduce.

But this may be due to a lack of alternatives. While renewables such as wind and solar power have a small carbon debt, they are not efficient enough at current levels of technology to meet the demands of renewable energy mandated by the Renewable Energy Directive or Paris Climate Agreements. It is much simpler and cheaper to simply convert existing coal plants such as the Drax Power Plant into wood pellet plants, instead of investing millions into developing more efficient solar energy.

A viable plan of action going forward would be to rethink the way we measure emissions, for example tracking carbon over time to take into account the lag time of repaying the carbon debt. With a better system of carbon accounting, we can better discern what is truly “carbon neutral” and prevent misuse of this term by profiteers and make some real progress towards cutting down our emissions.