Zimbabwe on the Brink of Man-Made Starvation 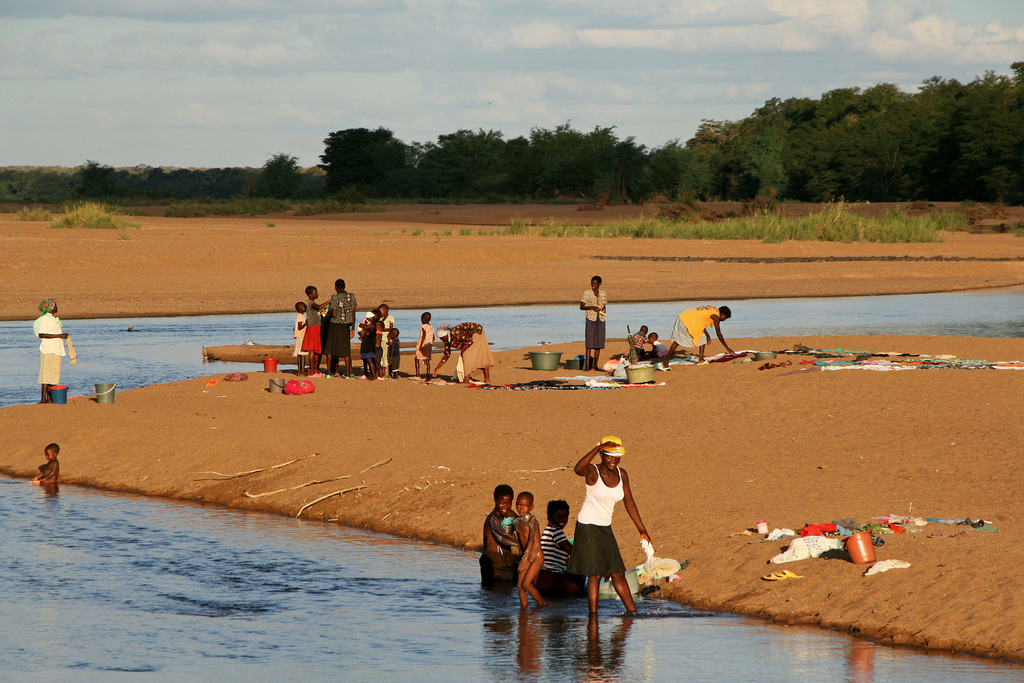 Zimbabwe, once considered the ‘breadbasket’ of Africa, is facing man-made starvation as more than 60% of its population is now considered ‘food insecure’. UN official, Hilal Elver, has warned that factors such as poverty, agricultural mismanagement and corruption will  make this crisis worse.

In Zimbabwe, there are 5.5 million people facing food insecurity in rural areas due to irregular weather patterns that have impacted harvests and 2.2 million people in urban areas due to lack of access to basic public services, including healthcare and safe drinking water. The impacts of this man-made starvation in Zimbabwe have affected the population unequally, with children and women shouldering the brunt of the burden; children are suffering from severe malnutrition, affecting the child mortality rate, which in  2018, was at 46.2 deaths per 1 000 live births. There has also been an increase in the number of women being forced into early marriage and sex work.

How does war cause hunger?

While famines may entail starvation, starvation can occur without famines due to extreme levels of poverty. They can take place even when the local and overall food supplies are competent. Most hunger crises and famines have been man-made and have happened due to civil disturbance, inequitable social systems, food speculation (betting on food prices), and more. Therefore, it is important to focus on and understand the many human factors  that contribute to starvation in populations.

According to the World Bank, Zimbabwe is facing a disastrous economic crisis. Part of it can be attributed to a severe drought and cyclone in 2019 that disrupted agricultural production. Inflation levels reached 230% in July 2019, with food prices rising 319%. The country’s GDP contracted 7.5% in 2019. Extreme poverty, defined as living on less than 1.90 USD a day, spiked in 2019, rising from 29% to 34% in 2018 due to a sharp rise in prices of food and other necessary commodities. Poverty in Zimbabwe is a result of a shrinking economy and hyperinflation. Declining GDP dampens economic activity and increases job losses and inflation levels, decreasing the value of money and eroding real disposable income. Therefore, poverty, food prices and starvation are intimately linked. Hunger is often referred to as the most severe indication of poverty and millions of people suffer from it and malnourishment because they simply cannot afford food.

The Finance and Economic Minister of Zimbabwe, Mthuli Ncube, has promised a meal subsidy of 180 million Zimbabwean dollars- roughly USD$500 000- a month in an effort to keep the price of maize meal low and stable to ensure its accessibility to the public. Furthermore, their social protection program is to be extended to include more basic necessities to soften the blow of the hyperinflated prices being charged by businesses.

While this is a respectable effort in trying to combat this crisis, its effects may be diminished due to the reintroduction of the Zimbabwean dollar into the economy; in 2009, the country abandoned its local currency after hyperinflation made it essentially worthless. It was replaced by multiple currencies to conduct daily transactions, the most popular ones being the US Dollar and the South African Rand. This decision has further contributed to soaring inflation. Economists have accused the government of not holding enough foreign currency reserves and have advocated going back to the US Dollar to manage the high prices. Official foreign currency reserves are held to support a range of goals. These include limiting shocks by maintaining foreign currency liquidity during a time of crises, such as emergencies and natural disasters, when borrowing may be disrupted, and demonstrating a backing of their domestic currency with foreign assets. The president, Emmerson Mnangagwa, has rebuked the criticism, banning the use of foreign currency in the country. Mnangagwa has justified his decision, saying that “Zimbabwe has gone back to normalcy, and the normalcy is a country having its own currency.”

The country has received £49 million of UK aid to fund a new humanitarian and resilience program which is to last until September 2022. This is to help malnourished children and families have access to food and water during this food crisis. During the year of 2019/20, Zimbabwe has received a total of £113.5 million from the UK aid support.

As recommended by the UN official, the government needs to put in more work towards immediate reforms in its agricultural and food systems. The country needs to reduce its dependence on imported food, a dependence that has increased due to droughts, resulting in the Zimbabwean dollar losing 61% of its value since its reintroduction into the economy, and it’s predicted to weaken further. Furthermore, while Ncube has promised a subsidy to help provide maize meal, the government also needs to support alternative forms of wheat to ensure the population can have a more balanced diet. Lastly, they recommend working towards creating conditions necessary to promote self-sufficiency and preparedness to combat possible future climate shocks that may hit the country.

Unfortunately, Zimbabwe risks walking towards a full-blown man-made starvation in the future. According to the Integrated Food Security Phase Classification (IPC) scale, 25% of its rural population was estimated to be in a Crisis or Emergency (Phase 3 and 4) in mid 2019. This number has  increased to 45% in the early 2020, with 34% of the population in phase 3 and 11% in phase 4. Without following the recommendations and taking necessary steps to combat this crisis, focusing especially on child nutrition, Zimbabwe will face widespread scarcity of food and enter Phase 5, which is Famine.