For Every 1°C Rise in Temperature, a Billion People Will Endure Insufferable Heat 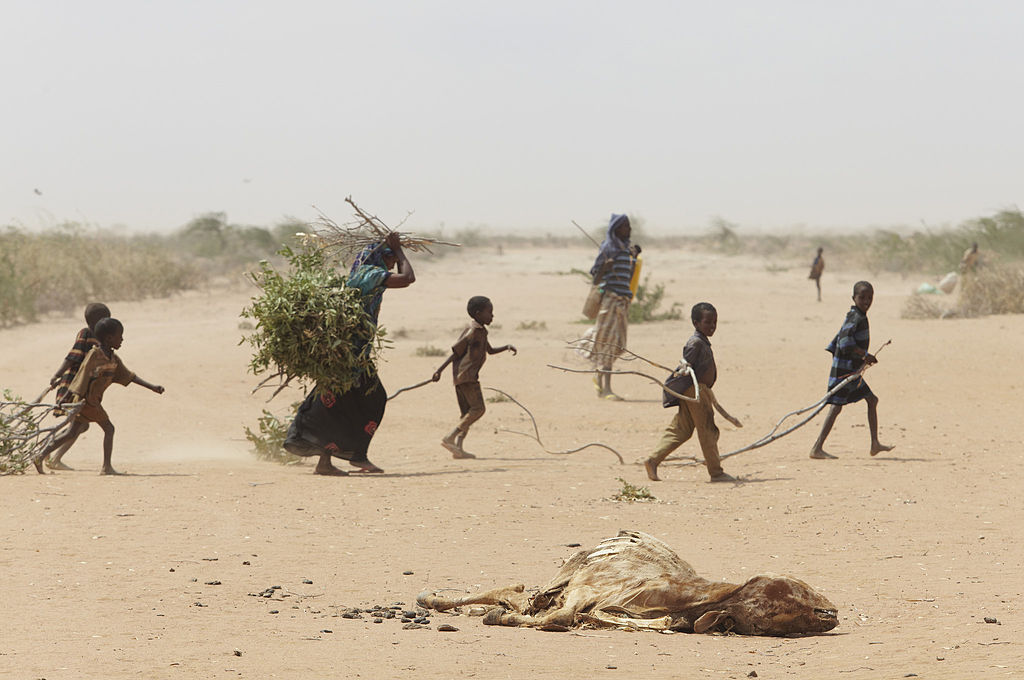 A study shows that within 50 years, a billion people will either be displaced or forced to live in insufferable heat for every 1°C rise in global temperature, illustrating that the human cost of the climate crisis will be far worse than previously believed.

The paper, which examines how the climate crisis will affect human habitats, warns that under worst-case scenarios of increasing emissions, areas where a third of the global population currently live will be as hot as the hottest parts of the Sahara desert within 50 years.

Even in the most optimistic outlook, a rise in global temperature will cause 1.2 billion people to fall outside the comfortable ‘climate niche’ where humans have lived for at least 6 000 years.

Tim Lenton, one of the researchers in the study, says, “The numbers are flabbergasting. I literally did a double take when I first saw them. I’ve previously studied climate tipping points, which are usually considered apocalyptic. But this hit home harder. This puts the threat in very human terms.”

The majority of humans have always lived in regions where the average annual temperatures are around 6°C to 28°C, ideal for human health and food production. However, this range is shifting and shrinking as a result of anthropogenic climate change, which is dropping more and more people into what the paper describes as ‘near unliveable’ extremes.

The researchers say that they are shocked at how sensitive humanity is, because we are concentrated on land- which is warming faster than the oceans- and because most future population growth will be in already hot regions of Asia and Africa. Because of these demographic factors, the average human will experience a temperature increase of 7.5°C when global temperatures reach 3°C warming.

At this temperature, about a third of the world’s population would live in average temperatures of 29°C, conditions that are rare outside of the most scorched part of the Sahara, but with global heating of 3°C, this is expected to be the norm for 1.2 billion people in India, 485 million people in Nigeria and more than 100 million in each of Pakistan, Indonesia and Sudan. This would create hundreds of millions more climate refugees and pose challenges to food production systems. In fact, David Wallas- Wells, the author of “The Uninhabitable Earth: Life After Warming,” says that even at 2.5°C warming, the world would enter a global food deficit- needing more calories than the planet can produce, mostly thanks to drought.

Professor Marten Scheffer, one of the lead authors of the study, says, ““We did not expect humans to be so sensitive. We think of ourselves as very adaptable because we use clothes, heating and air conditioning. But, in fact, the vast majority of people live- and have always lived- inside a climate niche that is now moving as never before. There will be more change in the next 50 years than in the past 6 000 years.”

The authors hope that their findings spur policymakers to accelerate emission cuts and work together to cope with migration.

In late 2018, the UN World Meteorological Organization warned that global temperatures are on course for a 3-5°C rise this century, far overshooting the Paris Agreement target of limiting this increase to 2°C or less by 2100.

According to estimates from over 70 peer-reviewed studies, Carbon Brief paints a grim picture of the world under 2°C, 3°C and 4°C temperature rise this century:

At two degrees, the melting of ice sheets will pass a tipping point of collapse, triggering flooding in dozens of the world’s major cities and resulting in a global sea-level rise of 56cm. It is estimated that that global GDP will be cut by 13%. 400 million more people will suffer from water scarcity and heat waves in the northern latitudes will kill thousands each summer; this will be worse along the equator. In India, there would be 32 times as many extreme heat waves, each lasting five times as long and exposing 93 times more people. This is our best-case scenario.

At three degrees, southern Europe will be in permanent drought. The average drought in Central America would last 19 months, in the Caribbean, 21 and in northern Africa, 60 months- five years. Those areas burned annually by wildfires would double in the Mediterranean and sextuple in the US. Cities from Miami Beach to Jakarta will be submerged by sea-level rise and damages from river flooding will grow 30-fold in Bangladesh, 20-fold in India and up to 60-fold in the UK. This level of warming is better than we’d do if all of the nations of the world honoured their Paris commitments- which only a handful are.

At four degrees, there would be eight million cases of dengue fever each year in Latin America alone. Global grain yields would fall by as much as 50%, producing annual or close-to-annual food crises. The global economy would fall more than 30% than without climate change, and we would see at least half again as much conflict and warfare as we do today.

While great strides have been made in terms of the plummeting costs of renewable energy and the increasing global divestment from coal, carbon emissions are still growing. It is important to decrease emissions to level and then bend the curve.

One way of doing this is through a carbon tax. However, a tax needs to be far higher than any of those currently in use or being considered; The IPCC has proposed raising the cost of a tonne of carbon possibly as high as US$5 000 by 2030; they suggest this may have to increase by US$27 000 by 2100. Today, the average price of carbon across 42 major economies is US$8 per tonne.

These numbers would shock even those most optimistic; if estimates are correct, then by the end of the century, a rise in global temperature will displace up to 5 billion people, nearly two-thirds of the current global population.