10 Facts About Air Pollution That’ll Take Your Breath Away

Air pollution is one of the most dire environmental problems in the world right now. Constant exposure to it poses incredibly high risks of health issues and premature deaths to the world’s population. We believe the first step in tackling a problem is to have the knowledge of the issue at hand. So here are 10 breathtaking facts about air pollution.

1. 91% of the World’s Population Are Breathing in Polluted Air Every Day

According to the World Health Organization (WHO), it estimates that at least 9 out of 10 people across the world are living in places with polluted air. Global air pollution is caused by the burning  of fossil fuels to generate power, as well as emissions from fossil fuels powered motor vehicles. Rich and developed countries contribute a large proportion of global air pollution on the account of their energy generation from non-renewable sources and the amount of vehicles on the road. The Environmental Protection Agency reported that about 68 million tons of air pollution were emitted into the atmosphere in the US in 2020 alone.

2. At Least 1 in 10 People Die from Air Pollution-Related Diseases

One of the most stunning facts about air pollution is that it is a leading risk factor for chronic health diseases and premature death in the world. In 2017, air pollution was responsible for an estimated 5 million deaths globally, amounting to nearly 9% of the world’s population. Constant exposure to polluted air increases the risk of coronary and respiratory disease, stroke, diabetes and lung cancer. South East Asian countries tend to suffer the brunt of the impacts from outdoor air pollution. Air pollution-related deaths in the region accounted for 15% of deaths globally while rich nations contributed only to 2%, according to data in 2017, demonstrating a glaring disparity between developed and developing countries.

3. Air Pollution is a Greater Threat to Life Expectancy Than Smoking, HIV or War

Air pollution is literally cutting years from the lives of billions of people around the world. According to a 2021 report by the Energy Policy Institute at the University of Chicago, residents in India, which is home to the highest levels of air pollution on the planet, lose an average of 5.9 years from their lives as a result of poor air quality. Though all top five countries with the worst air pollution are located in Asia, air pollution is a rapidly rising threat in Central and West Africa, where average life expectancy has dropped by two to five years, making it a larger threat to human health than “well-known killers like HIV/AIDS and malaria.”

4. Air Pollution Has A Nearly $3 Trillion Economic Cost, Equivalent to 3.3% of the World’s GDP

A report released in 2020 by Greenpeace Southeast Asia and the Centre for Research on Energy and Clean Air revealed the human and economic costs of air pollution from fossil fuels. Air pollution-related deaths are estimated to have a $2.9 trillion economic cost, and was responsible for 1.8 billion days of work absence – lowering participation rates in labour forces – 4 million new cases of child asthma, which causes children to miss more school, increasing healthcare needs and impacting guardians time away from their work, as well as 2 million preterm births in 2018. The report also points out disability from chronic diseases caused by poor air quality cost the world’s economy $200 billion, with sick leave and preterm births costing $100 billion and $90 billion respectively.

One of the most distressing facts about air pollution is that people living in Sub-Saharan Africa and South Asia regions are significantly more likely to die from outdoor air pollution than those residing in Europe and North America, where death rates are 100 times greater. Indoor air pollution rates, which refers to the air quality within and around buildings and structure, are similarly higher in lower-income nations due to a reliance on solid fuels such as wood, crop wastes, charcoal and coal, as well as kerosene in open fires, for cooking. About 2.6 billion people in the world continue to rely on this cooking method and are vulnerable to illnesses caused by indoor air pollution. 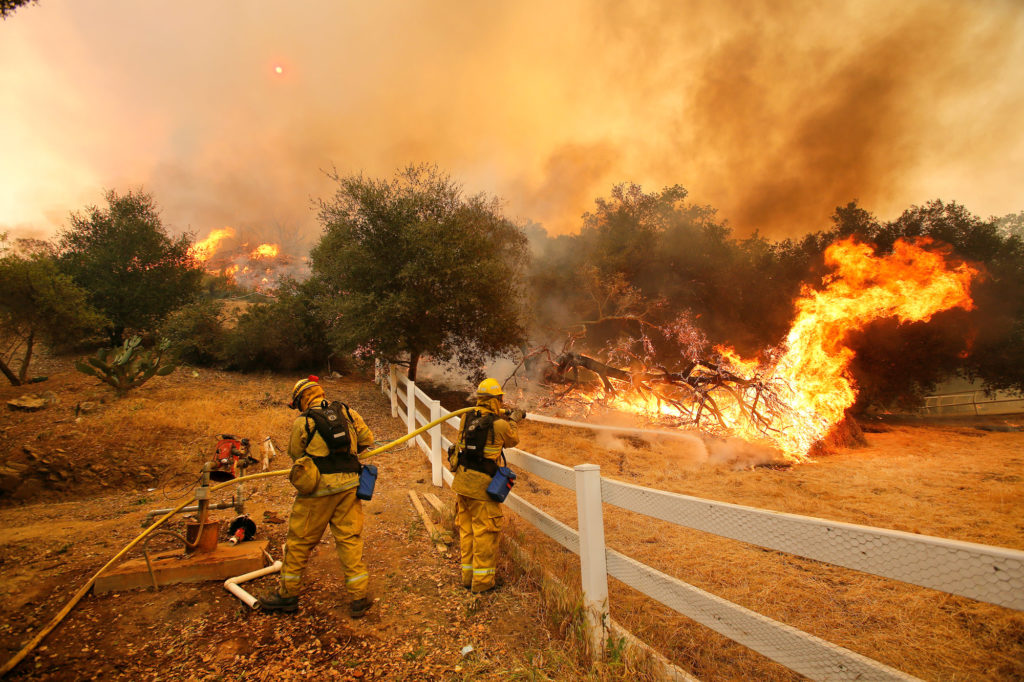 6. Climate Change Increases Risks of Wildfires and Air Pollution From It

Extreme weather events and wildfires have become more frequent and intense as a result of climate change. As drought seasons become more prolonged, as well as growing deforestation rates to make way for agriculture development, so do the risks of wildfires. Large-scale wildfires release carbon emissions, smog and pollutants into the air, which can spread across countries and regions. In July 2021, unprecedented heatwave and wildfires in the western regions of the US and Canada caused cities on the East Coast including New York to be shrouded in smoke and polluted air. Similarly, Siberia experienced one of the worst wildfires during the same period where smog reached to dangerously high levels, forcing more than 280,000 residents to remain at home.

Though Hotan in China takes the lead as the most polluted city in the world with an average of 110.2 µg/m³ of Particulate Matter 2.5 in the atmosphere, 10 of the world’s 15 most polluted cities are located in India. According to the IQAir’s 2020 World Air Quality Report, India’s cities on average exceed WHO guidelines for the amount of PM2.5 in the atmosphere by 500%. This is due to the aforementioned factors of emissions from vehicular traffic and the burning of fossil fuels in cooking by poorer families, in addition to the fumes from waste burning. However, the country has made huge progress thanks to its National Clean Air Programme, which aims to reduce air pollution levels by up to 30% by 2024. Following Prime Minister Modi’s pledge to reach net zero emission by 2070, India will see its energy from renewable sources increase up to 50% by the end of 2030, significantly reducing carbon emissions and pollutants.

8. Particulate Pollution in China Dropped by 29% Within 6 Years

Despite China being the world’s largest carbon emitter and the country with the worst air pollution on the planet (with 2013 reaching its highest pollution level) where 1.25 million Chinese residents die early each year from air pollution, studies have shown the nation to have made major progress in reducing air pollution thanks to strict policy action. Within six years, particulate pollution has declined by 29% and dropped below 1990 levels.

China has also invested more in solar energy than any other nation, representing 45% of all global investment in solar and is expected to generate twice as much power from solar as the US by 2024.  However, currently,  98% of the nation’s urban areas still exceed WHO guidelines and 53% exceed China’s own less stringent national standards.

9. None of the World’s 100 Biggest Cities Are Able to Meet WHO’s Updated Guidelines

One of more recent facts about air pollution: the WHO issued new stringent guidelines on air pollution in September 2021, following new research showing fine particulate matter to be more harmful than previously thought where an estimated 8.7 million people a year die early due to breathing air from coal, oil and gas burning. This accounts for 20% of global deaths. To push countries to ramp up efforts to improve air quality, WHO’s new acceptable limit for PM2.5 has been slashed by half while nitrogen dioxide (NO2), produced mainly from diesel engines, is lowered by 75%. Based on these new guidelines, no major city is able to meet it according to an analysis by Greenpeace. The WHO says that if the world collectively reduced its air pollution levels to within the new limits, nearly 80% of air pollution-related deaths could be prevented.

10. Air Pollution Contributes to the Spread of COVID-19

A recent preliminary study from Harvard University found a positive correlation between COVID-19-related mortalities and air pollution, adding that there is a plausible association of airborne particles assisting the viral spread. Based on studies observing COVID-19 related deaths and air pollution – noting that Northern Italy is one of the most polluted areas in Europe – the investigation discovered even a small increase of 1 μg/m3 in PM2.5 levels was associated with an 8% increase in COVID-19-related fatality.