Book Review: Ocean of Life: The Fate of Man and the Sea 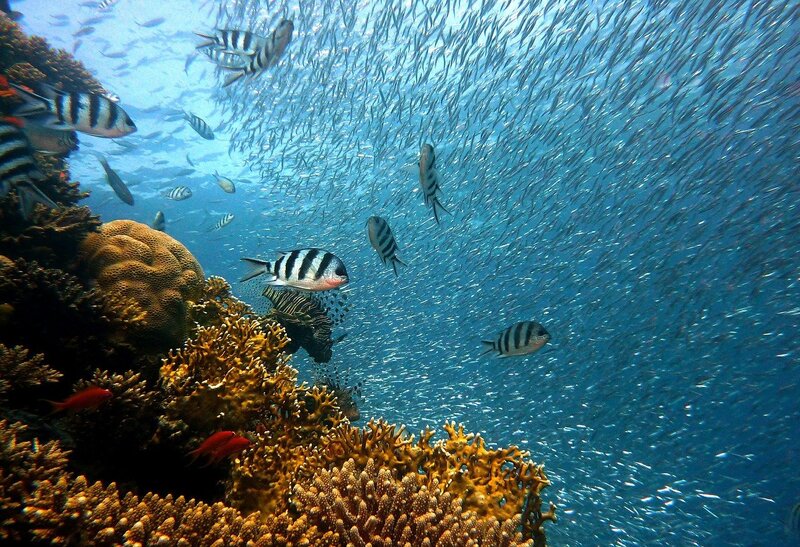 Callum Roberts’ 2013 book, Ocean of Life: The Fate of Man and the Sea, follows the fascinating relationship between man and water. A powerful warning to save our oceans before it is too late, this book does not hold back – it shows us just how much of an impact overfishing, pollution and climate change have had on marine life.

Roberts starts Ocean of Life by putting our exploitation of the ocean into historical context. He holds a magnifying glass to humanity’s relationship with the ocean, critiquing how – especially since the Industrial Revolution – we have treated the ocean as our personal food source and trash can, without considering the negative impact that our selfishness has had on marine life.

To start off, this book is incredibly well-researched and presented. Roberts’ sentences are delightfully concise and precise, never long-winded or pretentious. There is no purple prose here – Roberts’ arguments are straightforward, convincing and well-cited, making his work easy to digest and understand.

Despite how packed with information this book is, it never comes off as sensationalist or alarmist. Rather, the tone of this book is informative and empathetic. Unlike some authors, who can be myopically anthropocentric at times, Roberts is compassionate towards animals and humans alike (perhaps unsurprising as he is a marine biologist). Accordingly, he has included striking photos to illustrate the devastating impact of pollution on marine life, the most memorable of which shows a dead flamingo with plastic in its stomach.

Furthermore, instead of speculating about what may happen in the future, Roberts sticks to proven facts and viable solutions. This makes his book stand out from other recent environmentalist works’ inability to offer solutions for the “doomsday scenarios” they present through their barrage of facts and statistics. The last quarter of Ocean of Life is packed with potential solutions that industries, companies, governments and ordinary people can adopt.

Ocean of Life stands out in particular for outlining the impact of overfishing on marine life. As he writes, the industry’s assumption that “there are always more fish in the sea” is dangerous, since they continue to rely on this assumption even when there is clear evidence to the contrary. Overfishing has led to smaller catches, depleted ecosystems and shrunken fish. As an example, in Key West, Florida, goliath grouper fish have been shrinking in size and abundance since the 1950s. Roberts emphasises this point by including photos that illustrate just how much these fish have shrunk. In the 1950s, the goliath groupers were as tall as the men posing with them, but by 2007, the fish had shrunk to a portion of their original size. As Roberts notes grimly, “[m]odern-day tourists [travelling to Key West] have no idea that anything has changed”- the grins on the anglers’ face are “just as broad today as they were in the 1950s.”

Unfortunately, we may be more like these tourists and anglers than we think. Most of us are currently experiencing what Roberts calls the “shifting baseline syndrome,” in which “we take for granted things that two generations ago would have seemed inconceivable.” This is why so many of us are still in denial about “creeping environmental degradation.” One of Roberts’ goals in this book is to address this shifting baseline syndrome by telling us what exactly is at risk. “History offers many examples of civilisations that have been destroyed by environmental catastrophes that they have unwittingly brought on themselves,” he recounts. The Mayans’ hillslope farming practices, for example, depleted their region of topsoil, leading to prolonged drought and the end of the Mayan civilisation. Like the Mayans, we too will bring about our own demise if we do not stop to think of the consequences of our actions.

All in all, Roberts’ tour de force is a sobering read. Not only is it full of relevant facts about the ocean and human history, but the last quarter of the book also provides us with realistic solutions for the problems canvassed in the first three-quarters of the book. I recommend it for anyone interested in saving our oceans – which should be everyone.