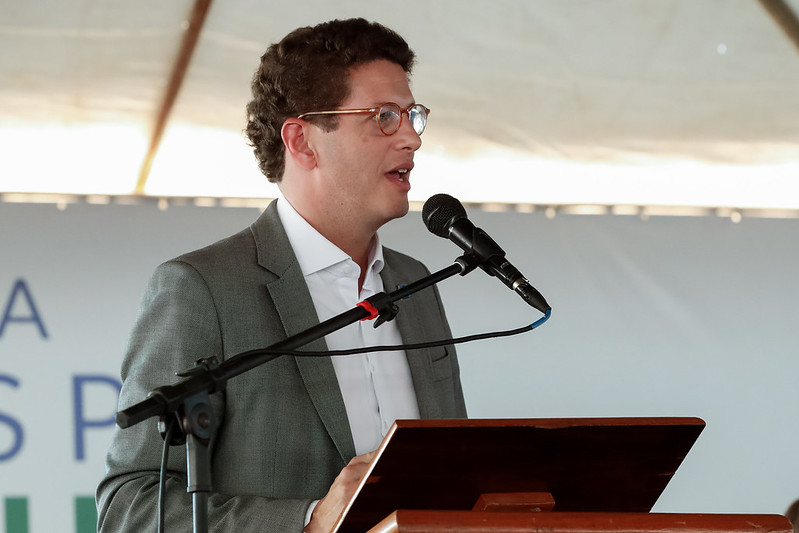 Environment minister of Brazil, Ricardo Salles, has been named in a probe for alleged illegal exports of Amazon timber, following a Federal Supreme Court ruling allowing federal police raids in various ministry offices in the early hours of May 19.

The Supreme Court ruling refers to suspicious operations linked to Salles. The Federal Police reported the existence of $14.2 million reais ($2.7 million) in “extremely atypical financial transactions” involving a law firm where the minister is one of the stakeholders.

The ruling grants police access to the confidential banking records of Salles and others under investigation. Among the potential crimes are corruption, misconduct and smuggling facilitation involving public agents and businessmen in the timber industry, the documents reveal.

Salles denied any wrongdoing and called the operation “exaggerated” and “unnecessary” in a press conference on May 19.

“The Environment Ministry has always acted reasonably, respecting the laws and the due process. We understand that this inquiry was presented in a way that misled the judge,” he said.

The investigation, named after the Indigenous deity Akuanduba, was set up in January after foreign authorities suggested the possible “misconduct of Brazilian civil servants in the export of wood,” the federal police said in a statement. The operation involved 160 agents in charge of 35 search warrants in Brazil’s capital Brasília and in São Paulo and Pará states.

In addition to the raids, 10 high-ranking environmental officials in President Jair Bolsonaro’s government were suspended from their posts. This includes Eduardo Bim, the head of IBAMA, the country’s environmental agency.

Akuanduba is a deity from the mythology of the Araras Indigenous group, from Pará state. According to legend, if someone committed any excess, contrary to the norms, the deity would sound a small flute, restoring order.

The news throws a grim spotlight on a key figure involved in Brazil’s international climate change accords, and was celebrated by activists, politicians and academics because since Salles took office in 2019, he has been heavily involved in the dismantling of Brazil’s environmental protections.

Greenpeace Brazil called for his dismissal: “We Brazilians are proud of our environmental heritage and do not deserve to be internationally humiliated by these disastrous anti-environmental policies,” the organisation said on its own Twitter account.

Salles — a lawyer, who just before taking federal office had been convicted for administrative impropriety relating to his time as secretary of the environment for the state of São Paulo – has enjoyed relative stability within Bolsonaro’s administration, despite his controversial remarks and heavily criticised policies that fuelled the skyrocketing deforestation rates in the Amazon over the last two years. Since 2019, deforestation has soared nearly 50%, hitting its highest level since 2008.

In April 2020, Salles lost credibility when a video emerged of him at a meeting with ministry officials held in Brasília, suggesting the government push through environmental deregulation.

In the footage, he says the ideal thing to do would be to take advantage of the “press that only talks about COVID-19” to “change laws without having to go through Congress. Just sign it!” — [or] “tem que passar a boiada,”…“Run the cattle through.”

Last month, the environment minister made headlines again when the federal police chief for the state of Amazonas, Alexandre Saraiva, was replaced after he accused Salles of colluding with illegal loggers operating in the Amazon.

“Let all the trees of the forest sing for joy,” Saraiva said on Twitter, quoting a Bible verse.

Despite the recent public furor and constant criticism, the government has continued to push ahead with its pro-business agenda. Just last week, Brazil’s Lower House approved a bill that exempts environmental impact assessments and licensing for development projects, further endangering the country’s ecosystems and traditional communities.