How California is Leading the Renewable Energy Transition in the US 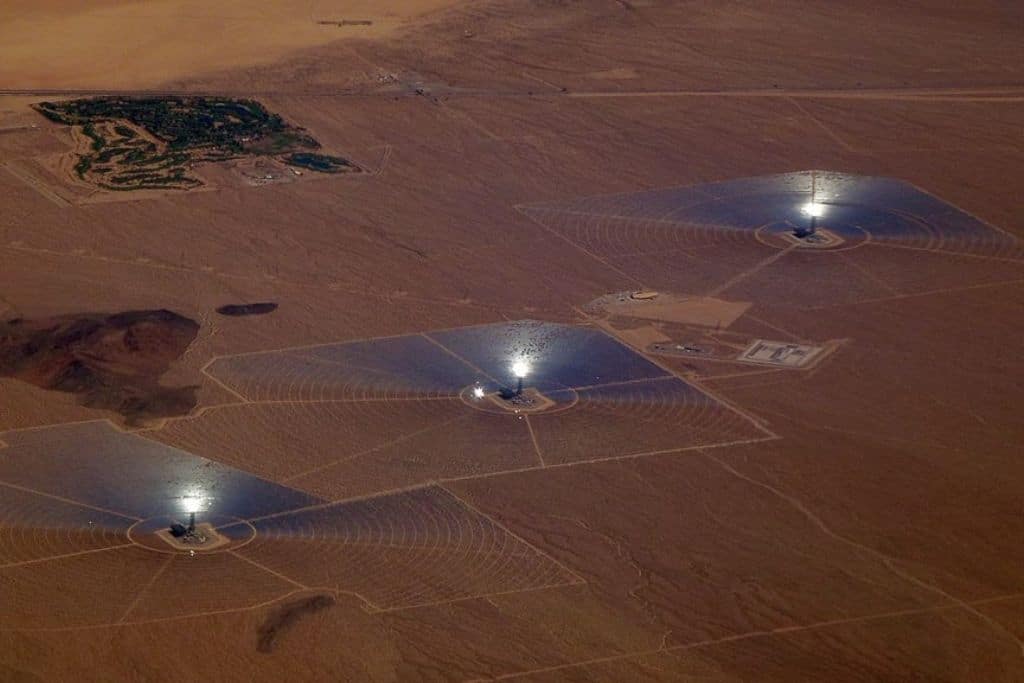 Renewable energy in California successfully met 100% of the state’s electricity demand in May 2022, albeit briefly. We take a look at how the Golden State has managed to surpass its electricity targets and the outlook for its net-zero goals for 2050.

California has long been proud of its reputation for being environmental and climate forward,  from its stringent – more so than federal standards – state vehicle pollution standards limiting the amount of greenhouse gas emissions, to introducing the country’s largest food waste recycling programme to reduce planet-warming methane emissions and overall waste. But it’s their unrelenting push to drive up renewable energy generation and capacity that has been receiving wider attention.

In May 2022, California made news for meeting 100% (103% to be exact) of its electricity demand from renewable sources for the first time, breaking its 99.9% record from just the week prior. Though it did not last long, the achievement showed the state’s significant progress in their renewable energy transition.

California boasts a rich landscape, stretching from dry valleys and deserts like the Mojave Desert to rocky mountains and its iconic redwood forest, as well as coastal landscapes. Its population is just as diverse; as the most populous state in the US, it is home to nearly 40 million people made up of a wide range of ethnicities – according to 2018 US Census Bureau estimates, Caucasians and Hispanics represents 60% of the population, 14.7% Asians, and 6% African Americans.

But the people of the state share the same priority when it comes to the climate agenda amid prolonged and rampant wildfire seasons, severe megadroughts, as well as rising sea levels: they want to mitigate climate change by dramatically reducing greenhouse gas emissions and ramp up renewables. California has therefore set itself several ambitious targets; to achieve 33% of energy generation from clean sources by 2020, 60% by 2030, and committing to 100% by 2045.

To do this, California is making use of its vast lands and abundance of sunshine. Sparse populations and the fact that the area receives up to twice as much sunlight than any other regions in the country, make the ecologically important Mojave as well as the Colorado/Sonoran Desert area in southeastern California – covering roughly a combined 22.6 million acres – ideal for scaling up solar energy generation and developing solar power plants. Currently, there are at least 770 solar power plants in the state, with an installed capacity of about 14,060 megawatts (MW). 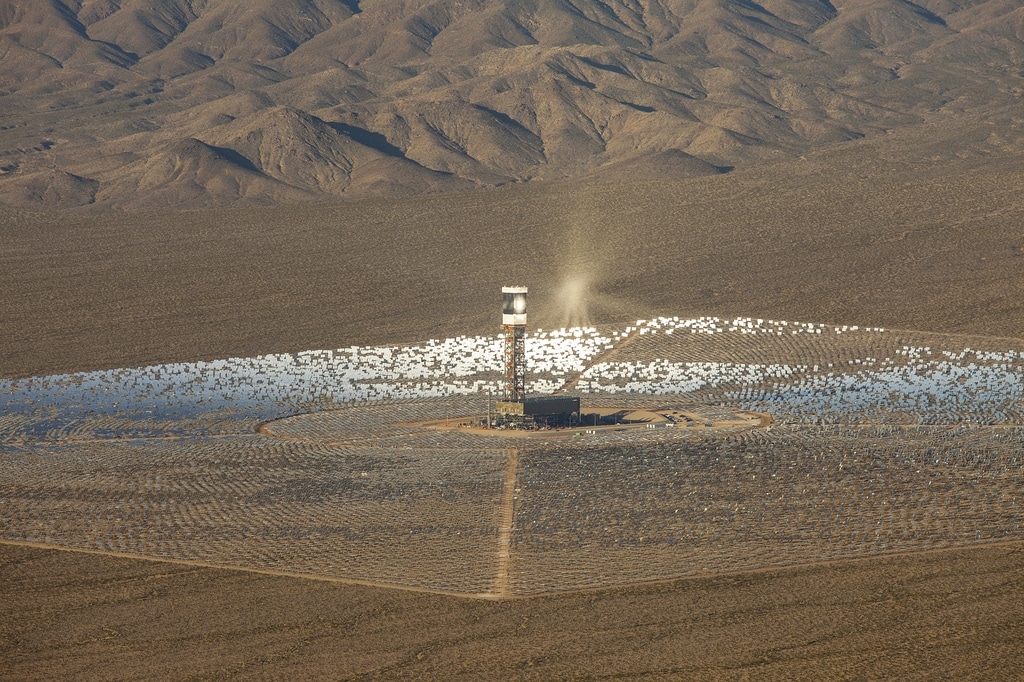 The Ivanpah Solar Power Facility in the Mojave Desert of California. Image by: U.S. Department of Energy/Flickr (CC BY 2.0)

Aside from power plants, the state has installed large amounts of solar panels along Interstate 10, the fourth-longest Interstate in the US, stretching 2,460.34 miles (3,959.53km). A number of organisations, including Environmental California, helped push for 1 million solar rooftops to be installed across the state. The California Solar Initiative, launched in 2017, also provided financial incentives and other support to encourage the construction of new, energy-efficient solar homes. It successfully led to 1.3 million homes with solar energy systems installed.

Solar is evidently the key to meeting the state’s net-zero goals. In fact, there is so much solar power in California today that it can generate more electricity than is needed during the middle of the day. But other forms of renewables must be utilised as well to rapidly end its dependence on fossil fuels. This includes wind, geothermal, biomass, biogas and hydroelectric.

The latter is the second largest source of renewable energy in California, producing nearly 21,414 GWh in 2020 or 11.22% of the state’s energy portfolio, while boasting 274 hydroelectric facilities across the state with an installed capacity of 14,042 MW. Yet ironically as global temperatures continue to rise, resulting in more prolonged and severe droughts, hydroelectric generation has shown signs of decline. Pandemic-related delays are also slowing down new projects, too.

In regards to geothermal, once again benefiting from its geography and location on tectonic plate conjunctions, California contains the largest amount of geothermal electric generation capacity in the US. Despite this, the source contributed only 11,345GWh of electricity in 2020 and represents only a small fraction of the state’s energy generation.

It is wind energy, however, that has the greatest potential to rapidly grow and increase utility-scale generation in the Golden State, considering its desert climate. Currently it is generating up to 13,708 GWh a year, with 5,787MW of capacity, which roughly translate to electricity for about 2.3 million California households.

Combined, California has demonstrated promising progress in scaling up its renewables. Indeed, renewable output across the California Independent System Operator nearly doubled in the last decade and data from the California Energy Commission (CEC) shows that 59% of the state’s electricity came from renewables and zero-carbon sources – including nuclear – in 2020, far exceeding its 33% target for the year and will likely be ahead of its 2030 goal.

The biggest challenge stems from the fact that solar power disappears from the grid rapidly when the sun sets, meaning the state needs to rely on other energy sources in between, striking an imbalanced supply and demand. To wean off fossil fuels, California needs to adopt more and new technologies such as long-duration energy storage projects to store up more solar power.

As days are getting longer and amid rapidly declining solar prices –  the median price of solar dropped from about USD$9.80 per watt in 2007 to about USD$3.80 in 2020 – there’s a greater potential to generate more solar energy. Wind energy also needs to take a much larger role in the renewables share – there’s still plenty of under-utilised desert space.