Can Sanctuaries Save Sharks From Extinction? 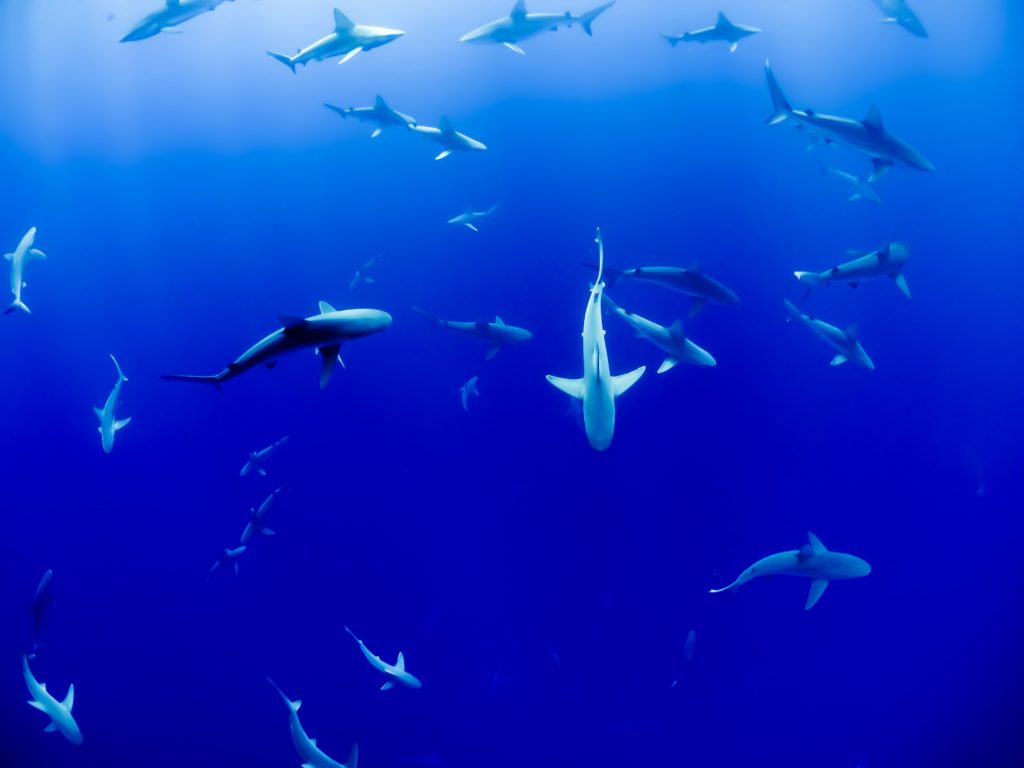 Sharks have been around for 450 million years, living through five global mass extinctions. But today, man’s relentless greed could sound the death knell for them. Can new sanctuaries save the shark?

Sharks–the ocean’s top predators–face a survival threat from us. Practices like shark finning- severing the fins while sharks are still alive, and subsequently dumping the bodies back into the sea– together with rampant illegal fishing, are decimating the shark population worldwide. Bycatch–the accidental capture of sharks while catching other fish– also have worsened the situation. At least 100 million sharks are killed every year while 31% of the world’s sharks species face extinction.

As deterrent measures targeting consumption, like bans on the sale and trade of shark fins, are failing to tackle the problem at its roots, conservationists and scientists today argue that creating shark sanctuaries might be the most effective strategy to protect the species.

Shark sanctuaries are a government solution to reduce shark mortality in their waters. Whilst prohibiting commercial fishing and bycatch of all sharks, they also ban the possession, trade, and sale of shark products within a country’s exclusive economic zone (EEZ).

The first sanctuary was created in Palau– the small Pacific island nation–in 2009 prompting others to follow suit. Over the past decade, the number of shark sanctuaries around the world has grown to 17, covering an area of 19.4 million sq km–about the size of South America.

The results are tangible. Palau witnessed an increase in the shark population. “There is ample empirical data that shows the shark population at Palau’s dive sites have rebounded to healthy and increasing levels,” says Dermot Keane, managing director of a premier scuba diving company and a long-time advocate for shark protection in the country.

In the Maldives, prior to 2009, the government imposed many but ineffective measures to curb shark fishing. But, the number of sharks continued to decline. Authorities finally designated a shark sanctuary imposing a complete ban on all types of shark fishing in its EEZ waters. “Fishers and divers reported increases in shark numbers in the Maldives,” says Khadeeja Ali, senior research officer at the Marine Research Centre, the Maldives. “And we are now playing an active role in regulating the global trade of sharks.”

The first global assessment of shark sanctuaries reveals that the shark population decline is becoming less pronounced, fewer are being sold on the market.

The establishment of sanctuaries also sparked a new conservation movement helping to spread awareness of the shark issue. In the Bahamas, where the shark tourism industry is a significant contributor to the country’s economy, the government designated a shark sanctuary in 2011. “It increased the knowledge of the importance of sharks in marine environment amongst Bahamian people,” says Eric Carey, executive director of The Bahamas National Trust. He underlined how small countries like the Bahamas, despite their limited resources, can make important contributions to conservation efforts and succeed.

Policing and monitoring remain a considerable challenge. For example, in Honduras, fishermen catch at least 100 sharks every day despite a shark sanctuary having been designated in its waters more than a half decade ago. Without adequate enforcement, sanctuaries risks existing just on paper. Authorities generally lack a strategy to comprehensively monitor offshore and remote areas, where illegal fishing boats operate.

Why is satellite imagery useful for ecologists?

The benefits of tracking ships in near real-time extend beyond just protecting sharks; like allowing for more careful monitoring of transshipments, or the undocumented transfers of illegal catches to new ships, which is often how illegally-caught fish end up in markets.

Stronger cooperation between international organisations, stakeholders, not-for-profits and the private sector can aid in the establishment of protected areas and contribute to their effective monitoring and policing.