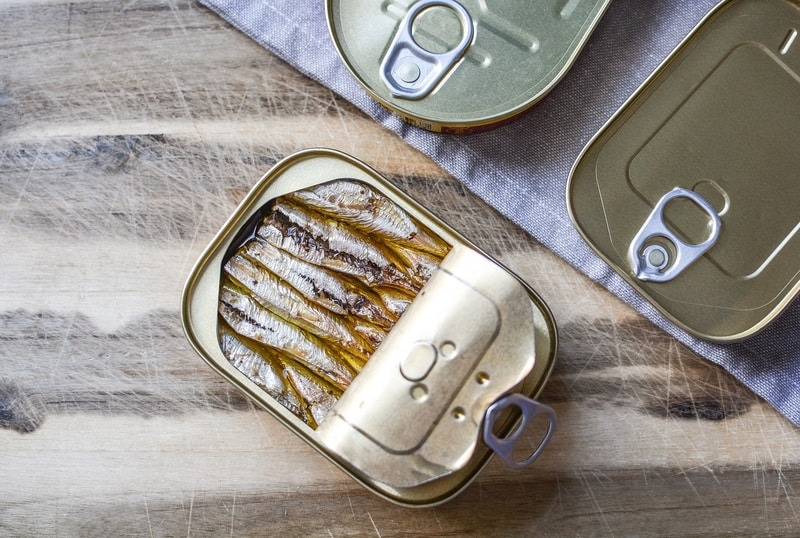 The Consumer Council, the consumer watchdog of Hong Kong, reported various levels of metallic contaminants in samples of canned fish that could pose health risks if eaten in excess. The watchdog also found that the contaminants reported were not present in a similar study conducted in 2004.

The council examined 46 samples of canned fish in Hong Kong, all of which are available on the market. In particular, 19 types of sardines, 20 types of tuna, and seven kinds of dace fish were tested, with prices ranging from HK$7.8 to HK$149 per can.

On average, the sardine samples were found to contain the highest amount of cadmium- a chemical which can lead to chronic poisoning or irreversible kidney damage if consumed in copious amounts- followed by tuna. The dace fish samples did not contain any cadmium.

The Food Adulteration Regulation, which is yet to take effect in Hong Kong until November, states that the maximum amount of cadmium that is safe for consumption is 0.1 mg. Two of the sardine samples, which were imported from Thailand, contained 0.11 to 0.13 mg per kg of cadmium.

Half of the sardine samples also contained polychlorinated biphenyls (PCBs), a carcinogenic harmful to humans as classified by the International Agency for Research on Cancer.

More than 70% and 10% of the sardine and tuna samples respectively contained inorganic arsenic- a toxin which, following prolonged exposure, can cause neurological and cardiovascular diseases. However, the samples contained between 0.04 to 0.08 mg per kg, below the maximum safe limit.

Methylmercury was identified in 18 of the 20 tuna samples, with levels ranging from 0.06 to 0.28 mg per kg- within the 0.5 mg per kg upper limit in Hong Kong. Consumed in excess,however, methylmercury can hinder foetuses’ nervous system development. “Foetuses and children are more prone to the adverse health effects posed by methylmercury as their brains are still developing. Excessive intake would lead to a decrease in intelligence of toddlers,” warned the council in their latest publication.

All of the seven types of dace fish samples were found to have levels of metallic contaminants and PCBs well below the maximum cut-off guidelines.

In 2004, a similar study by the Consumer Council examined nine types of sardines and eight types of tuna and found levels of arsenic that complied with Hong Kong’s food regulations at the time, although cadmium, lead and PCBs were not found.

Levels of methylmercury were found in four samples of canned tuna in amounts well below the safety limit in mainland China, the regulations of which were more stringent than those in Hong Kong at the time. The council did not express concern over the methylmercury content in canned fish.

Gilly Wong Fung-han, chief executive of the council, says, “the latest study reflects the severity of environmental pollution in the food chain, which in turn shows the increased contamination in canned fish.”

Nora Tam Fung-yee, chairwoman of the Consumer Council’s research and testing committee, says that consumers needn’t be worried about eating canned fish in general, as ‘you have to eat a huge amount over a long period of time to be adversely affected’.

Wong noted that consumers should not completely cut canned fish out of their diet as it is an ‘easy source of high protein’, but they should rather limit intake and eat in moderation. She however advises that pregnant women avoid canned fish so as not to risk harming foetuses.

What Does this Mean for the Future of Food Security?

Hopefully, following the enactment of Hong Kong’s Food Adulteration Regulation, the fishing industry and supermarket suppliers alike will become more strict regarding which canned fish products they make available on the market.

In order to strengthen food security, fishermen should designate fishing sites which lack pollution, are maintained to a high degree and that care for the health of the fish and their food chain.

Consumers should also be made aware of the potential risks of consuming canned fish to ensure they make an informed decision.

As metallic contaminants accumulate in the fatty tissue of fish, the safety of other marine animals, who share the same ecosystem and who may rely on fish as a food source, is an additional factor to take into consideration. Humans should either cut back on their intake on fish (and meat in general) so as to avoid contamination, or address the causes of the contamination in the first place, including pollution and waste water run-off.