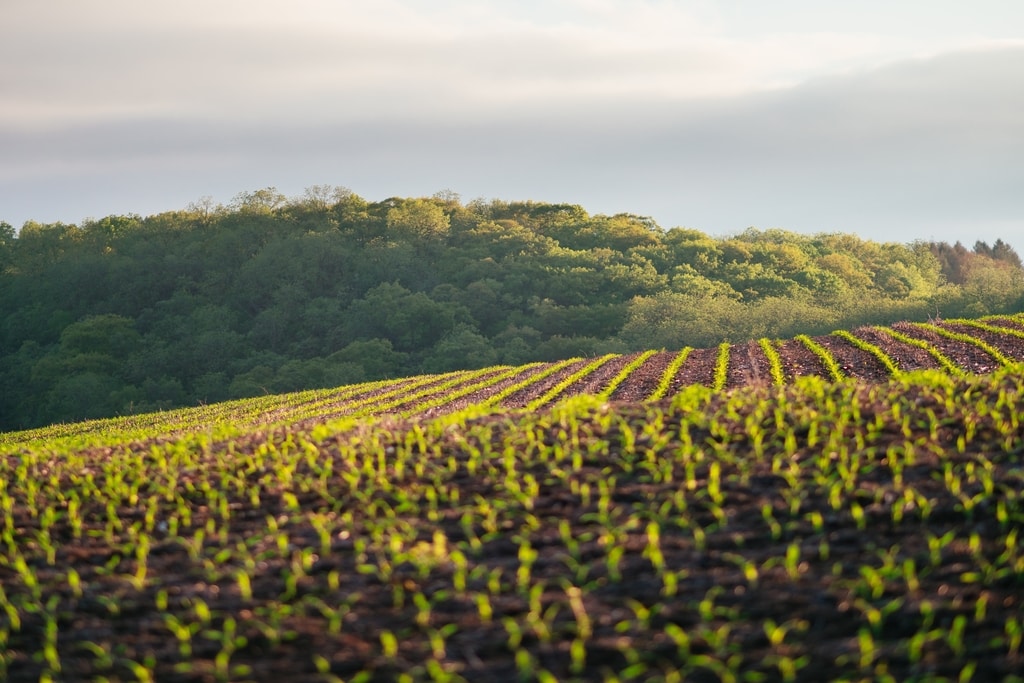 In 2018, the Intergovernmental Panel on Climate Change (IPCC) released a report on global warming, detailing the need for behavioural and technological change in order to limit global temperature rise to 2°C by the end of the century, a target that will most likely not be met. Global greenhouse gas emissions are projected to reach 52-58 GtCO2eq by 2030; limiting warming to the Paris Agreement targets requires yearly emissions to be halved. A way to help achieve this is regenerative agriculture. Also known as ‘carbon smart’ farming, it harnesses the power of soil to sequester atmospheric carbon into underground storage. With enough research to fill in existing knowledge gaps, it could well be a beacon of hope in society’s fight against the impending climate crisis.

Agriculture has one of the highest carbon footprints of all sectors; alongside forestry and other types of land use, it accounts for 23% of global emissions. Crop production releases greenhouse gases such as nitrous oxide through the use of fertilisers.

However, with the right management practices, agriculture may have the potential to mitigate the climate crisis while reaping other types of benefits. A particular practice is regenerative agriculture, or ‘carbon smart’ farming.

According to the Regenerative Agriculture Initiative and The Carbon Underground, regenerative agriculture describes farming and grazing practices that, ‘among other benefits, reverse climate change by rebuilding soil organic matter and restoring degraded soil biodiversity- resulting in both carbon drawdown and improving the water cycle’. It seeks to enrich soil health by implementing land management practices that encourage the proliferation of soil organic matter. Not only does this reduce soil erosion, it also promotes capacity for carbon sequestration deep within the soil, which directly contributes to climate mitigation.

One practice regenerative agriculture advocates for is the minimum tillage of soil. Soil tilling is the practice of turning over soil- up to 10 inches deep- and breaking it up. Used sparingly, it can loosen hardened soil and better integrate nutrients into it, increasing crop yield. But in the long run, its usage results in soil degradation, displacing plant matter, microbes and insects within the soil structure. The result is unhealthy, bare soil that is easily eroded by wind and water. History has shown how destructive poor tillage practices can be, not just for soil health, but for the economy as well. The Dust Bowl of the United States that formed in the 1930s, a period of severe dust storms triggered by drought, stemmed from the overplowing of farmland by inexperienced farmers, rendering the land non-arable. Without the prairie grasses and their extensive roots grasping the soil firmly in place, wind erosion eventually created huge dust storms that saw the loss of farmers’ livelihoods and triggered the displacement of 2.5 million people from the affected areas. Alongside economic woes caused by the Great Depression, the Dust Bowl aggravated economic disruption.

Keeping soils intact improves the absorption and movement of water within the soil system, reducing erosion and preventing water pollution by reducing the runoff of fertilisers and other agricultural chemicals into water bodies close by. No-tilling farming can also yield healthier soils by leaving soil microbes to their own devices, enabling nutrient cycling and the growth of more nutrient-rich crops. Long-term implementation of reduced tillage can also yield more productive crops, as research has shown.

Reducing tillage can be part of the solution to the climate crisis. Soil is a natural carbon repository, possibly storing up to thrice as much carbon content as the atmosphere. Disruption from tillage causes organic carbon material to ascend aboveground, whereby carbon reacts with atmospheric oxygen to form carbon dioxide. It is estimated that globally, more than 130 billion tons of carbon- approximately a fourth of all carbon emitted by humans since the Industrial Revolution- has been lost from soils. Minimising tillage thus allows carbon to stay within the soil.

Other practices under carbon smart farming include cover cropping– growing crops with the aim of improving soil quality, rather than harvesting, and crop rotation and composting.

Essentially, carbon smart farming represents a better manner of land management as part of the climate solution. Half of the world’s livable land has been converted for agricultural purposes, leading to the loss of 50 to 70% of carbon that was originally stored in soils. Changing the way agriculture is practiced and by proxy the way soil is treated, could thus promote soil carbon sequestration instead, reversing the role of soil from a carbon source to a carbon sink.

Soil has significant potential as a carbon sink. If technology can transfer atmospheric carbon underground, the goal of limiting warming to 1.5°C could be within reach. According to the Rodale Institute, an American non-profit research organisation for organic farming, soil carbon sequestration could potentially store the world’s yearly greenhouse gas emissions. Even though there is a limit to the extent of carbon that can be stored in soils, that is, soil organic carbon will no longer increase once saturation is reached, better land management could raise the carbon storage capacity of croplands considerably. Moreover, carbon stored underground may be more long-lasting than carbon stored in aboveground biomass like trees, because the former is likely better able to withstand the effects of natural forces, such as fire and wind.

However, in spite of its potential as a natural climate solution, carbon smart farming is not the silver bullet to global warming.

For one, as global temperatures climb, warming soils may be releasing more carbon than they are drawing down. In a 26-year experiment, researchers observed an overall loss of organic carbon from warming soils due to changes in microbial activity, painting a likely picture of positive feedback loops from certain carbon sinks as global warming progresses. Considering the significant carbon loss from soil to atmosphere, the difficulties faced by society in climate mitigation would be compounded.

This phenomena may have arisen as certain tipping points are crossed as the world warms. In other words, once global temperatures climb past certain benchmarks, say 1°C of warming, tipping points are breached, forming a domino effect of extreme weather events, ultimately exacerbating warming- which is what is currently being observed in warming soils.

The debate about whether soil would be a boon to mitigating the climate crisis persists. Some scientists believe that the carbon sequestration potential of soils is viewed too favourably, and the actual capacity is lower. Further studies reflect that soils are not straightforwardly net sinks of greenhouse gases; even with their ability to draw down atmospheric carbon, uncontrolled fertiliser usage can increase nitrous oxide emissions through interactions between microbes, soil carbon and nitrogen cycles, nullifying any climate mitigation benefits.

At the end of the day, there is general consensus around the potential of carbon smart farming to improve soil health and contribute to climate change mitigation to an extent. There is growing interest among more governments and organisations in using soil organic carbon as a natural climate solution, partly because carbon smart farming offers multiple benefits, is relatively easy to implement, and can positively engage the agricultural sector in climate solutions. Nonetheless, more research will be necessary before scientists have full confidence in the capacity of carbon smart farming in addressing climate change.