Kelp Forests: Restoring a Lifeline for the Ocean 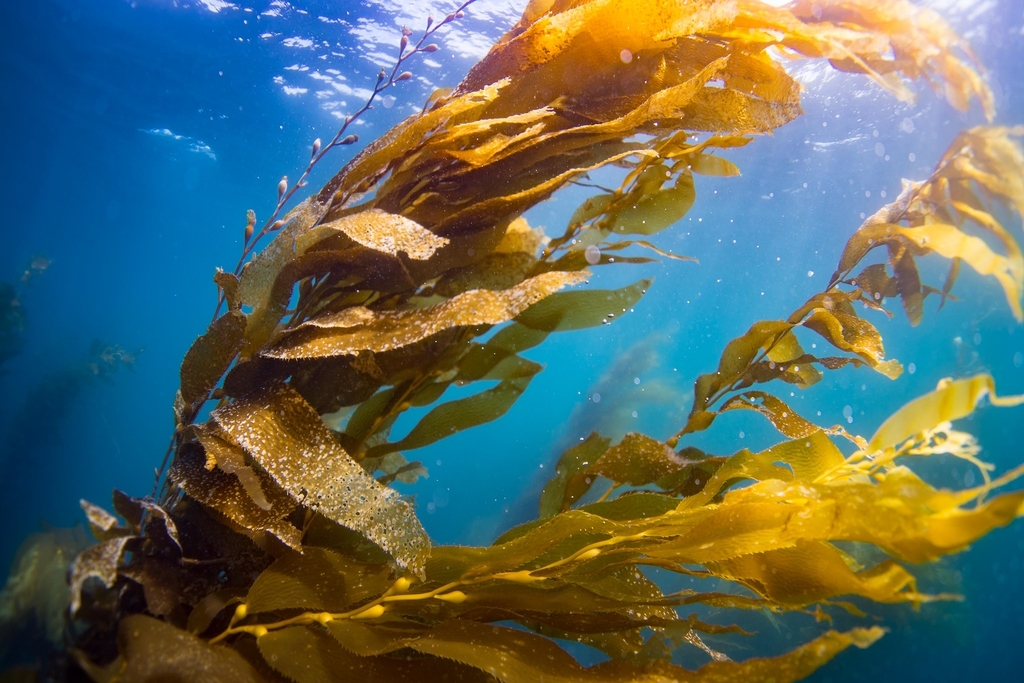 There are plenty of novel solutions to be had in tackling the climate crisis. One of them is kelp forests, which have been found to be a vital solution in the restoration and protection of the environment.

What are Kelp Forests?

Kelp is the name given to large brown algae seaweeds, which often accumulate into dense groups known as ‘kelp forests’. These extensive underwater habitats range along 25% of the world’s coastlines, and are one of the most productive and biodiverse ecosystems on Earth.

Although kelp forests are often neglected and overlooked, they are vital tools of environment restoration, helping to combat climate breakdown by purifying water and providing shelter and food to various marine wildlife, including seahorses, cuttlefish, seals, crustaceans and dolphins. A study found that kelp forests in Southern California alone have helped to support over 200 ‘commercially important’ species of algae, invertebrates, fishes and marine mammals.

Kelp grow at an extraordinary rate, up to 2ft in a single day; seaweeds can grow more than 30 times faster than land-based plants. As a result, kelp forests sequester vast amounts of carbon as they grow. Research has found that per acre, kelp forests can absorb up to 20 times more carbon dioxide from the atmosphere when compared to land-based forests. Globally, these underwater kelp forests absorb roughly 600 million tonnes of carbon per year, which is almost twice the annual carbon emissions of the UK. As carbon is drawn into the kelp, they oxygenate the water, fostering marine environments that can more easily flourish, especially being faced with warming ocean temperatures.

A kelp forest once stretched along 40km of the West Sussex coastline and 4km out to sea, all the way from Selsey to Brighton. In the 1980s, divers often recorded kelp as being ‘abundant’ or ‘common’ in over 50% of dive sites (from Selsey to Eastbourne.) Additionally, in 1987, a Worthing Borough Council report revealed that historic kelp beds covered 177km², with 10km² being described as ‘very dense.’ Unfortunately, within the last few years, these kelp forests have almost completely disappeared, with only a few pockets remaining. By the late 2010s, these forests now cover an area of just 6.28km², a 96.4% decrease since 1987. Reasons for this decline include changing fishing practices and the dumping of sediment close to shore which blocks light and limits the kelp’s ability to grow.

As Sir David Attenborough states, “The loss of the Sussex kelp forests over the past 40 years is a tragedy. We’ve lost critical habitat that is key for nursery grounds, for water quality and for storing carbon.”

Fortunately, a campaign to restore the kelp forest is in the works. The Sussex Inshore Fisheries and Conservation Authority (IFCA) has proposed a new bylaw restricting trawling along the Sussex coastline year-round. This decision was made after the Help Our Kelp campaign received overwhelming support. Featuring a documentary voiced by Attenborough, the film showcases Sussex’s kelp forest decline, and the importance of its conservation.

Led by Sussex Wildlife Trust, Blue Marine Foundation and the Marine Conservation Society, the aim of the bylaw is to give the kelp enough breathing space to recover. Since trawling vessels have repeatedly torn kelp from the sea bed, thus preventing its natural regeneration, regulating them is a vital first step towards the kelp re-wilding initiative.

Dr Ian Hendy, Head of Science at Blue Marine Foundation says, “There is still a chance to bring back the kelp forests. By re-wilding the kelp forests back to their natural habitat, the oceans will come alive with a diverse abundance of marine wildlife, impacts of climate breakdown will be reduced and local fisheries will improve.”

Sarah Ward, Living Seas Officer at Sussex Wildlife Trust spoke to The Telegraph about this subject, saying, “kelp forests can absorb and lock up carbon just as effectively as woodland, if not more so, and we’re able to create this habitat on a scale that simply couldn’t be replicated on land. This will be a huge step forward in addressing the escalating climate crisis.”

The Sussex campaign has come during a rise in global awareness of the value of seaweeds. Findings have suggested the use of seaweed in animal feed could have the potential to decrease methane emissions from cattle. Studies have documented how they contain many essential nutrients, ranging from omega-3 fatty acids, amino acids, vitamins, minerals and bioactive compounds. However, challenges of incorporating seaweed wholescale into the general human diet remain.

With the bylaw being the first of its kind put into place to help cut greenhouse gas, this campaign is a major milestone in alleviating global warming. Charles Clover, executive director of the Blue Marine Foundation, voiced his support, “This is an initiative that tackles climate change and overfishing impacts all at once, the first of its kind in the UK. This is exactly what we need to be doing in marine habitats all over the world.” Hopefully, other countries can take note of Sussex’s conservation efforts and also follow suit.