Why We Need to Change Capitalism for Climate Action 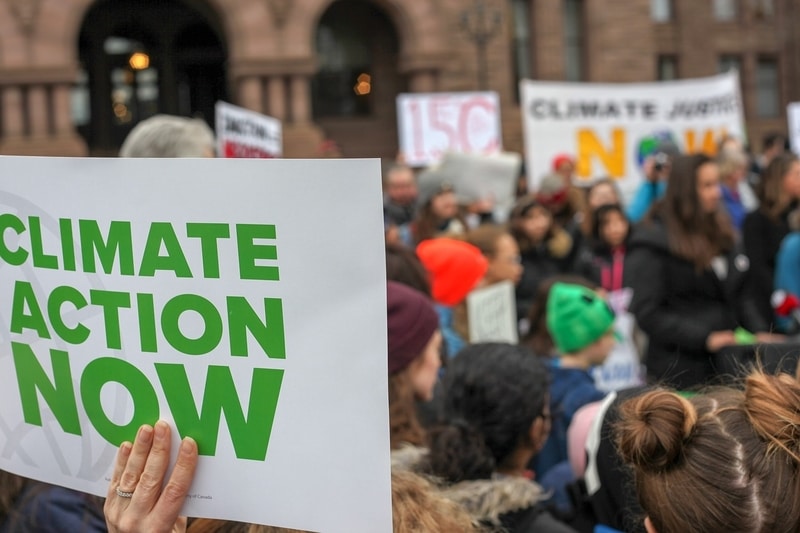 Climate activism and capitalism are often seen as paradoxical to each other. With prominent social activists like Naomi Klein stating that a capitalist world is inherently unsustainable, the plausibility of solutions within a capitalist system are often ignored in popular discourse. However, a protest in the streets of Paris twenty years ago might hold a less radical path for climate action than the abolition of capitalism.

In June 2000, some students from the Sorbonne raised their voices against the exclusion of issues such as inequality and environmental degradation in the teaching of economics. They believed that national or corporate economic performance did not exist separately from these social and environmental realities. In an article for the Financial Times, Leo Johnson, co-founder of the advisory firm Sustainable Finance and partner at PwC United Kingdom, stated that this idea might lie at the core of mitigating climate change. The purpose here is to rethink how performance is measured and mould capitalism into an agent for climate action.

How Capitalism and Climate Change Are Linked

The importance of capitalism as a major contributor to climate change cannot be ignored. Jason Moore, an environmental historian and sociologist at Binghamton University went as far as to call our time the Capitalocene. He believes that the use of the term Anthropocene to define the current geological age shifts blame from corporations and capitalist structures to the average consumer. After all, the Carbon Majors Report in 2017 revealed that just 100 companies were responsible for 71% of global industrial greenhouse gas emissions since 1988.

Such linkages between excessive capitalism and environmental problems have led to a rise in demand for radical climate action with movements such as Extinction Rebellion in the UK or support for the Green New Deal in America. The World Economic Forum however stated in a collaborative article with Project Syndicate that the costs of radical reform such as a zero carbon economy by 2025 might be too high which could lead to numerous developmental issues. What could work instead are new definitions and parameters for economic performance and a gradual shift towards a more sustainable economy. As German economist EF Schumacher stated, we must function as if both the planet and people matter.

You might also like: As the World Turns to Science During a Pandemic, Will We Trust Climate Science More?

Within the corporate world change is already emerging with an increasing number of companies incorporating Environmental, Social and Governance (ESG) factors into their annual reports and according to Impax Asset Management these companies actually tend to be better investments for investors in terms of long-term performance. As more individual investors seem to choose sustainable options and consumers demand transparency in terms of ESG indicators, companies are increasingly incorporating environmental considerations when measuring performance. Harvard Business Review reported a 96% increase in the amount of financial investment firms committed to incorporating ESG factors in investment decisions since the creation of UN Principles for Responsible Investment in 2006.

These firms are not just shifting their idea of performance based on these financial trends but there is also an increasing realisation about the effects of the climate crisis on economic performance. Rostin Benham from the Commodity Futures Trading Commission of the United States said, “If climate change causes more volatile frequent and extreme weather events, you’re going to have a scenario where these large providers of financial products […] cannot shift risk away from their portfolios.” So, you have a situation where firms can no longer ignore the long-term effects of the climate crisis on financial markets which is why these new ideas of environmentally conscious economic performance are likely to gain even more traction.

In the beginning of this year Larry Fink, BlackRock chief executive, committed to divest USD$7 trillion from coal. His actions are no longer an anomaly within the financial sector, with the Bank of England mandating disclosure of climate risk in the financial sector or the issuance of green bonds becoming more common. The corporate world is clearly starting to shift towards new ideas of how capitalism must function which will not only result in the mitigation of environmental degradation but could also help solve the climate crisis as resources will be used more efficiently to spur innovation in green technology or tap into the market for potential sustainable investments which is estimated to be around $26 trillion.

It is important that this ideological shift in terms of measuring economic performance is also mirrored by governments. While the corporate sector looks into sustainable investment opportunities, nations must rethink how they view development and economic growth. Currently, GDP is most commonly used as an indicator of economic performance and while it is a good measure of the final monetary value of goods and services, it fails to account for social and environmental costs and thus provides an inaccurate picture of development and growth.

What is the Alternative to GDP?

An alternative for GDP can be found in the Genuine Progress Indicator (GPI), a way of measuring economic growth that takes into account both environmental and social factors and is based upon ideas of sustainable income presented by the economist John Hicks. Professor Murray Graham Patterson from Massey University found that while GDP in New Zealand has increased by 91% since 1970 the GPI only saw an increase of 51%. Recently Prime Minister Jacinda Arden spoke up about how New Zealand would have a “wellbeing budget,” something that would indicate how the nation is moving closer to adopting measures such as GPI as it starts acknowledging the importance of social and environmental issues along with economic ones. In the US, GPI has been in use since 2012, when Vermont became the first state to adopt it. Since then, 20 states have joined Vermont in using this alternative metric of measuring economic performance.

States like Vermont present a real life example of how measures such as GPI can help in the struggle for climate action. As focus is shifted away from purely economic indicators, governments are likely to focus on actions that lift GPI, such as generating more energy from renewables, preserving natural habitats or increasing energy efficiency which will in turn help mitigate the climate crisis. This shift towards GPI is not only favourable in terms of the climate but can also prove to be more financially efficient and sustainable as it provides a more comprehensive look at success and can thus better inform state economic policy by taking into account hidden environmental and social costs.

The capitalist system that currently governs both corporate and national interests is capable of shifting its focus from short term profit maximisation to an environmentally conscious and sustainable ideology. While radical action seems highly appealing to activists it remains costly and thus often alienates large segments of the population along with corporate and national interest groups. A strategy that integrates the current system of capitalism with climate action might prove to be more successful as measures of performance are redefined and economic growth takes environmental costs into account.