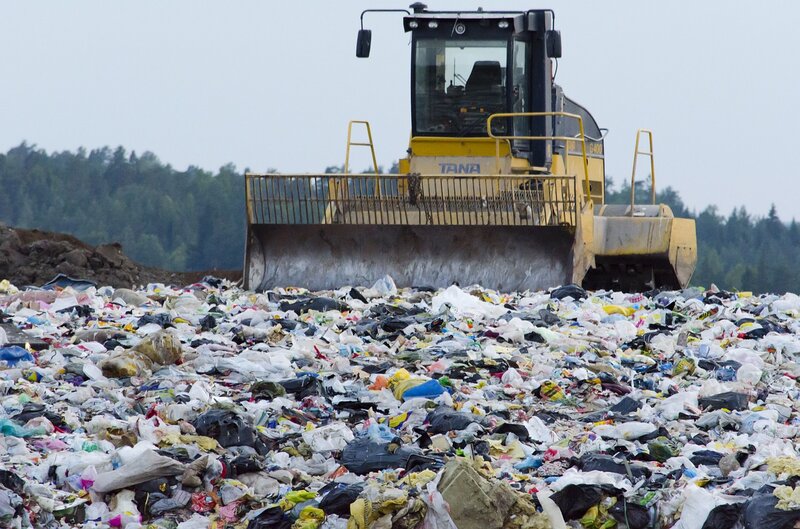 In 2017, China imported nearly 5.7 billion kilograms of scrap plastic. A year later, that figure had dropped by 99.1%, following the implementation of China’s “National Sword” policy, when the Chinese government began to heavily regulate and restrict the importing of waste materials into China. But what effects is the policy having on global recycling efforts?

For nearly 30 years, China imported over half of the world’s scrap plastic recyclables. This appeared to be a symbiotic relationship; countries were able to ship away their plastic problem and Chinese recyclers had a constant stream of materials. However, due to the world’s infatuation with plastic, the stream turned into a tsunami, and Chinese recycling plants began to find themselves overwhelmed with waste from all corners of the globe. A lack of monitoring and regulation of the processing of the waste materials led to high levels of water and air pollution being generated by the recycling plants, which caused many health problems in China. In an effort to curb these problems, the government introduced the “National Sword” policy in 2018, which banned the importing of 24 categories of solid waste, including post-consumer scrap plastic and mixed paper, and reduced the acceptable contamination level of other waste materials to just 0.5% (previously China had accepted contamination levels of between 5-10%). This level of contamination is so low that it effectively constitutes a ban too. The policy was part of a broader initiative to curb the illegal importation of recyclates; following on from Operation Green Fence (2013) and preceding the Blue Sky Initiative (2018).

The effects of the ban created a void in the market for recyclables, which exposed the vulnerability of the global reliance on a single importer. Large exporting countries were left scrambling to find solutions to their waste problems, while smaller South East Asian countries suddenly saw a sharp increase in the amount of waste arriving at their ports. In 2017, Thailand received 153 million kgs of scrap plastic. By the end of 2018, one year after China began enforcing the ban, Thailand’s importation of scrap plastic had more than tripled to half a billion kilograms. Over the course of 2018, Indonesia experienced a 250% increase in scrap plastic imports and Vietnam experienced a 200% increase.

Another country that saw a marked increase in waste importation post-ban was Malaysia. Malaysia has a large Chinese-speaking minority, which made it easy for Chinese waste processing plants to relocate there. In the town of Jenjarom (near Kuala Lumpur), residents noticed a marked increase in the number of plastic plants in early 2018. These plants were continually pumping noxious fumes into the air, and residents began experiencing respiratory problems. By mid-2018, community members had located about 40 processing plants in the town, many of which were operating without licenses. Continued lobbying of government officials saw the closure of 33 plants, but activists believe that many of these have just moved elsewhere in the country.

It is unsurprising that smaller nations are willing to accept the world’s waste. Government figures show that Malaysia’s plastic recycling and manufacturing industry is currently worth about USD$7.2 billion. Unfortunately, these smaller nations are ill-equipped to cope with the volume of waste the world generates, and many have had to start enforcing restrictions themselves.

When the ban came into effect, experts hoped that the inability to rely on China would encourage Western countries to expand their waste processing abilities and spur manufacturers into making more easily recyclable products. Before the ban, the EU exported 95% of its collected plastic to China, while America exported 70%. These countries have well-established recycling collection programs, but due to their reliance on China, the development of domestic waste markets and infrastructure has been stifled.

The ban highlighted two important lessons. Firstly, it served as a wake-up call for governments to invest in local recycling infrastructure. Secondly, and perhaps more uncomfortably, it highlighted that simply recycling is not enough to atone for purchasing plastic-packaged goods. Many consumers feel a sense of absolution and satisfaction when recycling plastic packaging. Yet, as the ban showed, recycling programs cannot be the only solution to the plastic plague. Consumers need to use their dollars as the catalysts of change and simply refuse to continue to purchase plastic-packaged goods.

It has now been almost three years since the ban, and in many ways the world is better for it. Despite the upheaval and chaos that was caused, many nations have now sought to ban certain single-use plastic items. While these bans cannot be solely attributed to a consequence of China closing its doors, the change in Chinese policy certainly had an effect. In October 2018, the EU voted for a complete ban on a variety of single-use plastic items, which it hopes to see come into effect in 2021. The British government is seeking to tax any plastic packaging (produced or imported) in the UK that does not contain 30% or more recycled plastic. The tax will come into effect in April 2022. Finally, in China itself the ban has seen some positive impacts. From the beginning of 2019, more than 40 Chinese cities began rolling out waste sorting programs for recyclables and trash. The country that once recycled the world’s waste was notoriously bad at dealing with its own. However, given the void left in the Chinese recycling market, the scrap plastic industry in the country is well equipped and ready to deal with its own recyclables. Last year, China unveiled a pilot scheme for 10 zero-waste cities. While the scheme does not aim for the cities to produce no waste, it hopes to achieve a more circular economy through “an advanced urban governance concept, which aims for minimum generation, maximising recycling and disposing of solid waste in an environmentally sound manner.”