Number of Chinstrap Penguins Fall As Temperatures Rise In The Antarctic 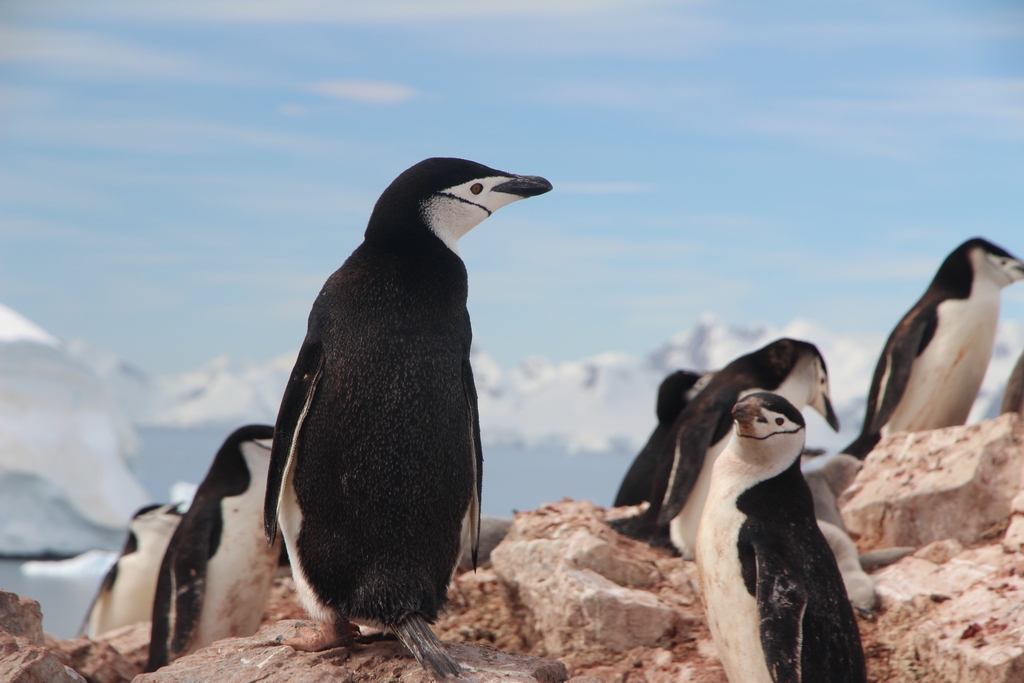 The climate crisis, combined with increased human activity in the Antarctic Peninsula, has led to a decrease in populations of Chinstrap penguins. As recently as 2014, chinstrap penguins were rated ‘Least Concern’, facing low risk of extinction, by the International Union for Conservation of Nature (IUCN). However, a new census has found that colonies have fallen by more than half.

The Antarctic region has been severely impacted by global warming, having experienced a heatwave in February that produced a record high temperature of 20℃. Temperatures in the region have risen by an average of 3℃ overall in the past 50 years. Average air temperatures across the globe have risen by a little more than 1 ℃ since 1880, demonstrating that Antarctica will be the most impacted by the climate crisis.

The Chinstrap penguin is one of five penguin species found in the Antarctic, the South Sandwich Islands, the South Orkneys, the South Shetland islands and the Scotia Sea. Nicknamed ‘ringed’, ‘bearded’ and ‘stonecracker’ penguins, it is estimated that there are up to 13 million penguins in the sub-Antarctic and the Antarctic Peninsula regions, with an estimated 7.5 million breeding pairs of chinstrap penguins. They often form large colonies on icebergs to live and breed and are considered near-shore feeders, meaning that they catch krill and small fish near the iceberg where they inhabit.

Recently, a team of scientists from Stony Brook University in the US discovered the shocking drop in the numbers of chinstrap penguins, with less than half of the breeding pairs left on Elephant Island, as compared to the results recorded in 1971. Noah Strycker, an ornithologist and penguin researcher at the university and a member of the penguin census team, remarked that the results show that ‘the marine ecology is broken, or has drastically changed since the 1970s’.

Why are the numbers of chinstrap penguins falling?

There have been little conservation efforts for the penguins as they were not considered to be endangered until recently. Little attention has been given to them and some colonies have not been counted for three decades, while the last census conducted on the penguins on Elephant Island was almost 50 years ago, indicating a lack of data on these animals.

Strycker concluded that the decline in the population of these penguins is a result of reduced breeding success and increased mortality, probably due to the decreased supply of krill, a major part of the penguins’ diets.

In recent years, krill fishing has gained popularity. An analysis predicted that the global krill industry was expected to grow 12% a year up to 2021; krill populations have already declined by 80% since the 1970s due to overfishing and a boom in demand for krill-based health products which claim to help with a range of ailments from heart disease and high blood pressure to strokes and depression.

Additionally, the ice that is home to the algae and plankton that krill feed on is retreating at a rapid pace. The record-breaking temperatures in the Antarctic this year will no doubt result in more rapid krill population declines, threatening the penguin populations further.

The rates of each animal species in the Antarctic adapting to the warming climate are different. Some, such as Gentoo Penguins, have the flexibility to migrate to new colonies and they can alter their breeding schedules and gradually change their diet as they don’t rely on ice surfaces as much as other penguin species. However, the future is bleak for the majority of other penguins, including Emperor and Chinstrap Penguins.

Positively, the global community has the opportunity to reach a consensus on implementing measures to tackle the climate crisis; the UN is discussing a global ocean treaty aiming to conserve marine biodiversity by including areas outside of the national jurisdiction of coastal states by 2030; however the conference was supposed to take place in April and has been postponed to an as-yet-unknown date. Additionally, three sanctuary proposals are scheduled to be discussed in October at the Antarctic Ocean Commission.

The sharp decline in the population of these penguins demands imminent climate action. Although the Gentoo Penguins appear to be the winner amid climate change, the penguins in the Antarctic are facing the threat of extinction. Sustained greenhouse gas emissions will further threaten the populations of these and many other animals in the region and it is therefore imperative that nations cooperate with one another to ensure that sustainable fishing takes place.