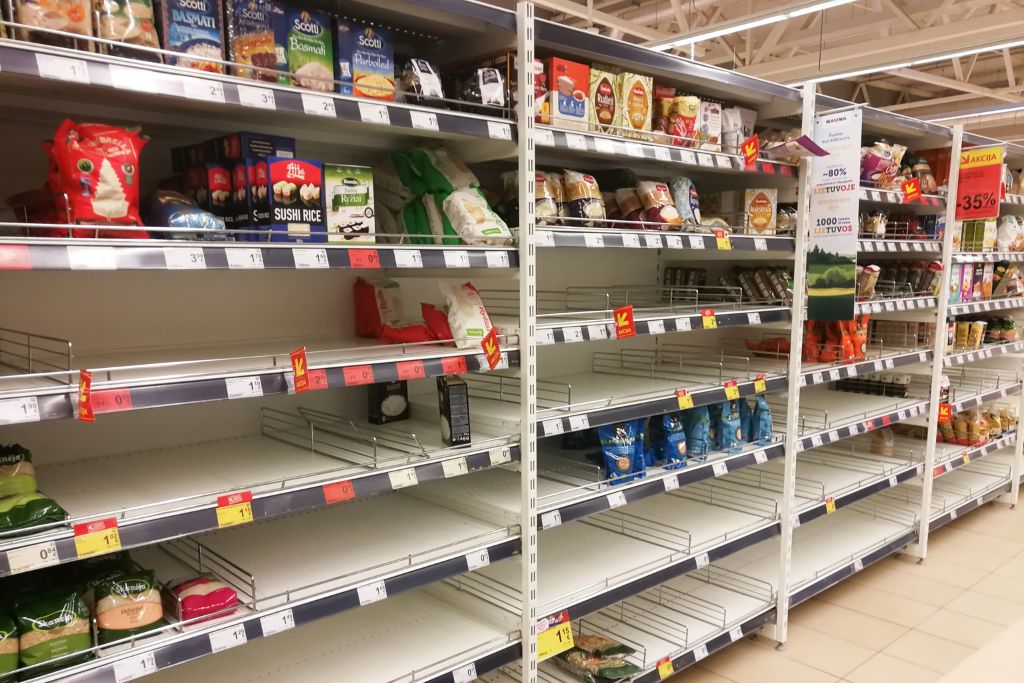 With climate change producing mounting harms throughout the world, as well as the war in Ukraine raging on, the issue of a global food price inflation and shortages has reached international attention. Food security is not a new phenomenon, but one that has existed for years now, backgrounded against more pressing concerns.

Growing levels of food insecurity have been observed around the world, caused by a myriad of factors including reduced incomes, disrupted supply chains, socioeconomic conditions, climate change, and conflict, even before the COVID-19 pandemic. On top of that, the war in Ukraine has impacted supply chains, hamstringing production, trade, and consumption all around the globe. From a European perspective, Russia and Ukraine account for at least 30% of global agricultural trade. Russia alone is the second largest producer of wheat in the world, while Ukraine is the eighth largest producer, although they rank first in highest production of sunflower seeds. Together, they form a major breadbasket region for Europe.

However, external anthropogenic factors have impacted production for some major exporters. In Europe, rising input costs and increasing gas prices have resulted in decreased production of ammonia, a key ingredient for nitrogen-based fertilisers, which are used in agricultural processes. Similarly, in China, the largest producer of wheat and rice, diammonium phosphate fertiliser exports have been curtailed in order to ensure domestic availability amid shortages and higher demand from foreign markets.

Together, these factors have resulted in global food price inflation. According to the UN Food and Agriculture Organization (FAO),  global food prices have jumped more than 70% since mid-2020, reaching their highest levels in March 2022. Food commodity prices are also up by a third compared to the previous year amid disruptions to supply chains. This has led to more food protectionism, which in turn could push costs even higher. Consequently, millions of people around the globe are at increased risk of food insecurity and malnutrition-related deaths, and place additional stressors on top of already strained ecosystem services. In particular, indigenous people, women, children, and the elderly within regions across Africa, Asia, Central and South America, and small islands are the most vulnerable to these harms. The destruction of livelihoods, increased cost of living, and competition over scarce resources like land, food, or water are impacts that can be seen and felt all over the world. The increase over resources and food also fuels more conflicts, putting even more lives at risk.

Bleak as the situation may be, the IPCC has published a comprehensive document for policymakers, laying out adaptation measures that would foster climate resilient development. In short, resilient development is enabled when governments, civil society, and private sector actors make inclusive choices that highlight the importance of risk reduction, poverty, equity, and justice. Quite broadly, this includes measures to facilitate international cooperation between governments and non-state actors, combining financial resources, and addressing structural inequalities, all to safeguard vital ecosystems and biodiversity. Inclusive governance is the lynchpin of resilient, sustainable development, and the current climate crisis demands equitable and fair access to the decision-making process, built upon shared technologies, knowledge, and experiences.

Therefore, since hunger is a very real problem that can be experienced by anyone in the globe, it is in the common interest of the international community to start taking greater steps in addressing the basic needs that every human has a right to. Although, against the far-reaching impacts of climate change, as well as war and conflict, there remains much to be done.

Alexander Pham is a graduate with a bachelor's degree in political science from Wilfrid Laurier University and a master's degree in international public policy from the Balsillie School of International Affairs. Previously, he worked as a research fellow for Global Affairs Canada, writing and presenting a policy brief in a team of other fellows. His research interests lie in environmental policy, regarding issues such as clean energy, carbon pricing, climate justice, green economies, and sustainable development.