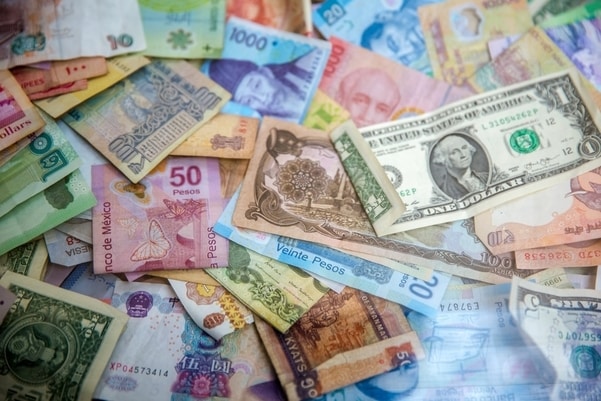 The effects of the climate crisis are being felt today across ecological, social and financial dimensions, threatening the global economy, with some effects being observed decades ahead of previous estimates. Whilst the former two aspects cannot be directly quantified, financial losses in recent years have been significant, reaching US$340 billion in 2017, of which only USD$140 billion was insured. It is clear that the status quo is threatening long-term global stability. How can central banks take the lead in facilitating the transition towards more sustainable models?

How does the climate crisis hurt the global economy?

The increasing frequency and severity of natural disasters such as wildfires, storms and droughts not only impose hefty fiscal burdens on authorities and local communities to repair and upgrade damaged infrastructure (the recent bushfires that tore through Australia cost an estimated US$100 billion, while Hurricane Harvey in the US in 2017 cost US$125 billion), but it also presents disruptions in production and supply, with especially pronounced impacts in the agricultural and logistics sectors. An impact assessment for agriculture by Climate Impact Group projected that given current warming trajectories, the second half of this century would feature decreasing crop yields globally, even in temperate regions which are benefiting in the short-term. The assessment says that farm-level adaptation may be able to cope with up to 1–2°C warming, but considering that the UN has warned that the planet is on track for 3-5°C warming by 2100, this is cold comfort.

Coupled with a soaring demand for food- particularly energy-intensive varieties like red meat– from booming global population and income, real prices per caloric unit of food will soar in the long-term, before accounting for increased likelihood of price spikes  from extreme weather events. This phenomenon is likely to become increasingly pronounced over time, presenting inflationary pressures which will hurt the poorest segments of society. Even food-exporting countries may experience net welfare losses, as any increases in export revenues risk being outweighed by rising infrastructure expenses from potential natural disasters.

Despite such poor outlooks for the planet and the global economy, there is insufficient action being taken to tackle the climate crisis. Perhaps the greatest impediment against extensive policy action stem from its accompanying transition risks, which will lead to immediate disruptions in our current business models. Hypothetically, imposing hard limits for energy consumption or greenhouse gas emissions even 5-10 years in the future would lead to massive present-day repricing for tradable equities, since conventional valuation techniques like the Discounted Cash Flow (DCF) model are based heavily upon short-term revenue and cost projections. For instance, if environmental protection policies result in a 5% decrease of shareholder dividends for traditional fossil fuel companies could reduce their valuation by up to 40%, causing global stock markets to plummet by 11%.

Since many financial institutions invest in heavily-polluting industries, this would erase a substantial amount of value from their balance sheets, risking the stability of entire financial systems. Consequently, several central banks and financial institutions, for example the Bank of England and investment firm Blackrock, have called for companies to disclose their greenhouse gas emissions, as increased availability of such information allows the relevant financial risks to be priced into the market at an earlier stage, reducing the magnitude of sudden disruption. For instance, implementing a carbon tax would prompt companies to adopt more environmentally-friendly practices, which facilitates the transition towards a greener business model. 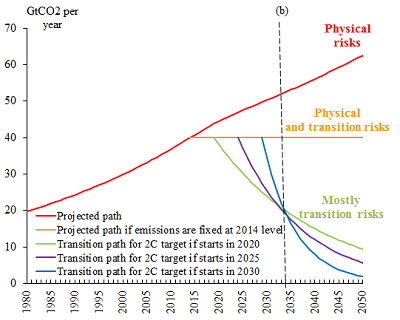 To tackle climate change as a key policy objective, central banks can start by targeting an ‘Earth budget’ every year to restrict its damaging effects. This can take place through implementing mandatory disclosures of greenhouse gas emissions and other polluting acts from all companies above a stipulated size, including indirect holdings in the financial sector. At present, some information on climate-exposure can be gathered from private-sector research firms like S&P, Moody’s and Fitch, which has begun to consider climate-related risks within their rating decisions. Central banks can aggregate this data to assess all listed companies, imposing penalties (such as lending above the standard policy rate) on financial institutions involved in dealings beyond a predetermined pollution threshold, alongside regular press releases of firms which exceed their environmental footprint to raise public awareness and exert external pressure for change. Where quantitative easing- whereby a central bank buys government bonds or other financial assets in order to inject money into the economy to expand economic activity- is used in monetary policy, asset purchases by the central bank can favour those that fulfil predetermined ‘green’ requirements, as a form of ‘Green QE’.

While disruptive to the status-quo, it is vital that action be taken urgently, as longer delays translate to shorter transition periods for cutting greenhouse gas emissions, necessitating even more drastic measures which stretch the limits of the financial system.