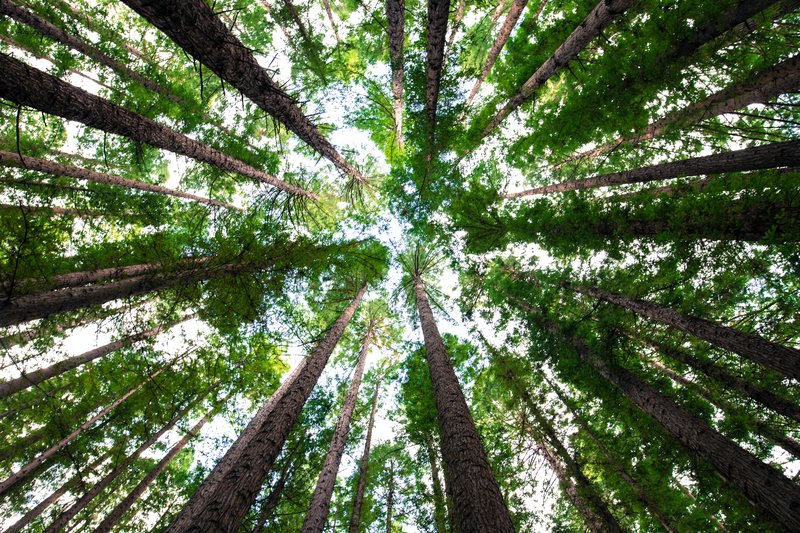 Anthropogenic climate change is having a profound effect on forest dynamics worldwide, a new study finds. Rising temperatures and increasing CO2 emissions, in combination with extreme weather events and deforestation that are all accelerating the climate crisis, are driving the shift towards younger and shorter trees in forested ecosystems, presenting worrying consequences for both the carbon storage capacity and biodiversity of the world’s forests.

In order to evaluate how the climate crisis and other disturbances affect tree populations worldwide, researchers focused on determining the response of forests to longer term climatic changes, as well as short-lived disturbances, and combined these findings with global land-use change and disturbance data-sets.

Nate McDowell, who led the study at the US Department of Energy’s Pacific Northwest National Laboratory, describes how “Over the last hundred years we have lost a lot of old forests” and emphasises that “They’ve been replaced in part by non-forests and in part by young forests. This has consequences on biodiversity, climate mitigation, and forestry.”

Forest dynamics are governed by three primary processes, namely recruitment – the rate at which seedlings are added to a population, growth – the rate of biomass production, and mortality – the loss of a plant’s reproductive ability. Other natural disturbances such as wildfires and droughts, as well as land-use changes, interact with these processes, which ultimately alters biomass and species composition.

Europe and much of the Americas are already witnessing these shifts towards younger and shorter forests, where analysis reveals that over the past 40 years, tree mortality rates have doubled. Tom Pugh, a scientist from the University of Birmingham who was involved with the analysis, highlights how unnaturally young and short forests occupy much of the UK and Europe, he says “They are not of the stature that many of those forests would have been before humans fundamentally changed them by harvesting at regular intervals and planting new species.”

The study found that the percentage of trees younger than 140 years old has increased from 11% of forested area in 1900 to 34% in 2015, as a direct result of land use changes and wood harvesting. Due to limited data, researchers were unable to confidently estimate how much shorter trees have become.

Impact of Climate Change on Forests

Increases in temperature is one driver of tree mortality as it causes the stomata of plants to close whilst limiting the process of photosynthesis, vital for plant growth. This not only causes greater levels of tree mortality but also hinders regeneration. This causes larger plants to die, with those replacing them being smaller in size.

The effect of CO2 on forest dynamics is slightly more complex. Higher levels of CO2 in the atmosphere can actually trigger growth in young forests, as long as there is an abundance of nutrients. Where forests have insufficient access to nutrients and water, the benefit of increased CO2 emissions isn’t as pronounced. Some of the studies analysed suggest that increases in atmospheric CO2  may actually increase tree mortality rates.

As well as these longer term changes in climate and CO2 concentrations, forests are constantly being threatened by a number of extreme weather events, made more frequent and severe due to anthropogenic climate change, as well as deforestation. Whilst the different disturbances have varying impacts on forest dynamics, the overall trend is that tree mortality is consistently increasing, causing plants to be both shorter and younger.

Whilst recruitment and growth rates are expected to vary over time as well as geographically, the evidence suggests tree mortality rates will continue to increase in the future resulting in reduced forest canopy cover and biomass. There is however some uncertainty surrounding several feedback mechanisms, triggered by climate change and other disturbances, which could help to mitigate these changes to forest dynamics. These mechanisms include the ability of forests to adjust to changes in climate, adapt to a range of biotic (living) and abiotic (non-living) factors and to migrate in response to changing climatic and environmental conditions.

Why are forests important for mitigating climate change?

Forests act as a vital carbon sink for greenhouse gas emissions, however shifting forest dynamics pose serious implications for the total terrestrial carbon storage available. Increased plant mortality, along with limited recruitment or growth, significantly reduces the carbon storage potential since younger forests aren’t able to store as much carbon as older forests. This raises additional challenges to the global effort of tackling the climate crisis.

In a study published in March, scientists made the concerning discovery that intact tropical forests absorbed 46 billion tonnes of carbon in the 1990s but by 2010, this had decreased by a third to 25 billion tonnes. Critically, forests absorbed 17% of human induced carbon dioxide emissions in the 1990s, compared to just 6% in 2010, highlighting the worrying trend of reduced carbon storage capacity of the world’s forests, where they could move from being sinks of carbon to sources of carbon.

Professor Simon Lewis at University College London sheds some more optimistic light on this research as he explains: “Because old-growth forest is being lost, then on average, across the globe, forests are getting shorter and younger. Yet, counter to this, and what the researchers don’t highlight is that within many old-growth forests the opposite is happening.” He argues that: “The world’s intact tropical and boreal forests are both globally important as carbon sinks, and are getting larger.”

This study raises greater awareness and understanding of the impacts of the climate crisis and environmental disturbances on the dynamics of forests. The authors make the recommendation that ‘forest management must ultimately confront the elevated mortality and uncertainty in recruitment and growth when considering options for sustaining the societal benefits of forests into the future’. Thus the findings from this study should be used as a critical step forward in effectively managing the impacts of anthropogenic climate change on forests now and in the future.