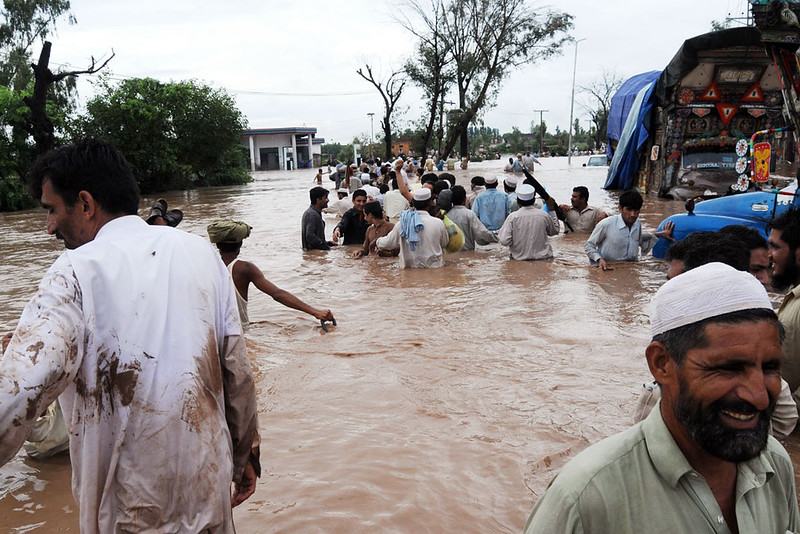 A new report by the Organisation for Economic Co-operation and Development (OECD) has found that climate finance provided by developed to developing countries rose 11% to USD$78.9 billion in 2018, from $71.2bn in 2017. This increase was driven by a rise in public climate finance, while that in the private sector was flat.

The report, titled, Climate Finance Provided and Mobilised by Developed Countries in 2013-18 measures the progress towards the UNFCCC goal of mobilising $100bn per year by 2020 to help developing countries tackle and adapt to climate change.

In contrast, the level of private climate finance mobilised was virtually flat, at $14.6bn in 2018, up slightly from $14.5bn in 2017. Climate-related export credits were at $2.1 billion, accounting for less than 3% of total climate finance. 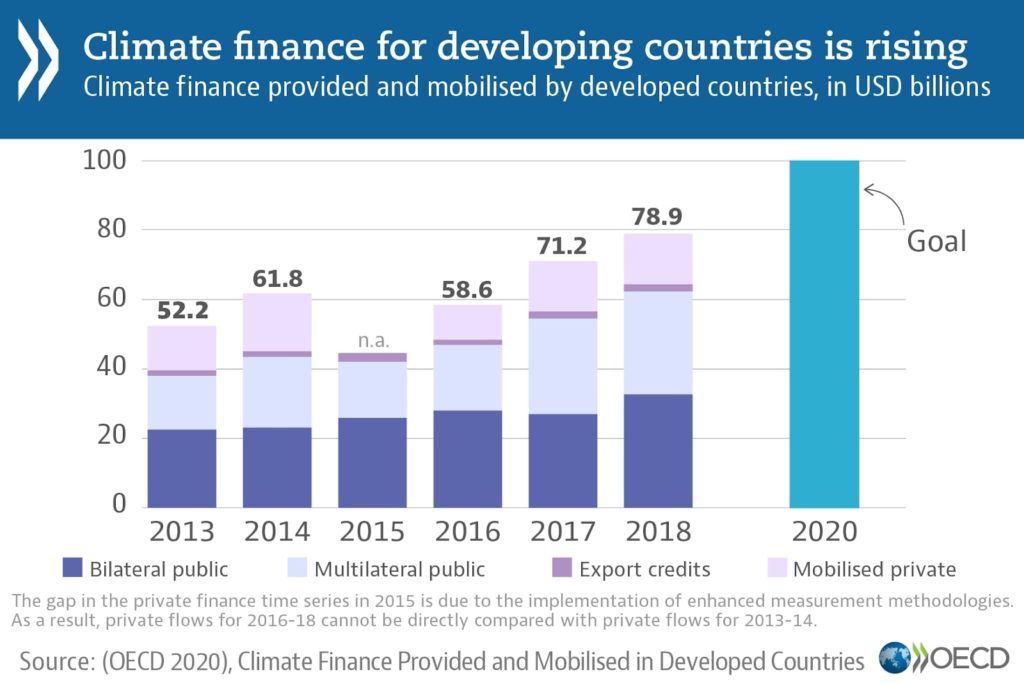 OECD Secretary-General Angel Gurría, says, “Climate finance to developing countries continues to grow but in 2018 was still $20bn short of the 2020 goal of mobilising $100bn. Early 2019 data from the European Union and its member states, the largest provider taken collectively, indicate that bilateral public climate finance may have continued to increase last year. Donors need to urgently step up their efforts to support developing countries to respond to the immediate effects of the pandemic and to integrate climate actions into each country’s recovery from the COVID-19 crisis to drive sustainable, resilient and inclusive economic growth.”

In terms of where the mobilised funds went in 2018, 70% went to climate change mitigation activities, 21% to adaptation and the remainder to crosscutting activities. More than half of total climate finance targeted economic infrastructure – mostly energy and transport – with most of the remainder going to agriculture and social infrastructure, particularly water and sanitation.