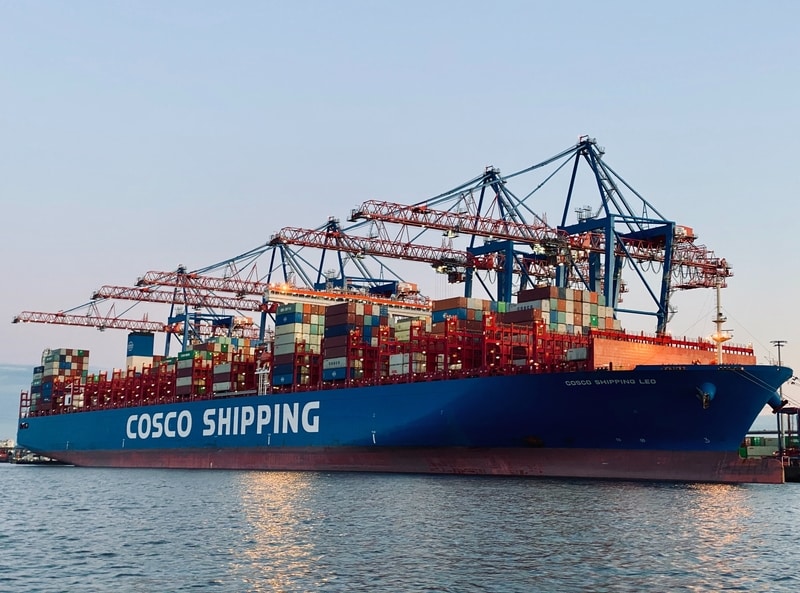 While the shipping industry has made a commitment to implement the International Maritime Organisation’s (IMO) ambition of reducing CO2 emissions by at least 70% by 2050, the sector is encountering obstacles in meeting this target. The capital-intensive industry is plagued by thin margins, limited technology and a high dependency on energy-dense fuels. While it already moves approximately 90% of world trade volumes, this volume is expected to almost double by 2030, making meeting these decarbonisation targets all the more important. As the global economy grows, exemplified by the expansion of trading capabilities of the Panama Canal and the Belt and Road Initiative, so too will carbon emissions from the shipping industry and therefore, pressure to accelerate decarbonisation.

To reach this goal, commercially viable zero-emission vessels need to be introduced into the global fleet by 2030, and the fuel supply chain must be reexamined. This can only be achieved through existing coalitions and greater collaboration between the major players in the maritime industry, energy sector and governments, but are such commitments possible to reach these decarbonisation targets?

The shipping industry is large and ever-expanding, with shipping emissions having increased by 70% since 1990. It currently represents 2.7% of global emissions, with 85% of these emissions coming from bulk carriers, oil tankers and container ships. There are 53 732 seagoing vessels that run on highly polluting fuel with most using heavy fuel oil (HFO) or marine gas oil (MGO) which are both major sources of harmful emissions, such as nitrogen oxides (NOx), sulphur oxides (SOx), black carbon (BC) and particulate matter (PM), which cause substantial damage to human health and local ecosystems.

Some of the barriers to making the shipping industry more sustainable is that existing cleaner fuels are costly, and the feasibility of energy-efficient solutions, such as liquefied petroleum, remain limited. The industry is exploring several alternative clean fuels, including ammonia, hydrogen, methanol and biofuels, but major shipping players are concerned about not only their costs, but also their lower energy density and extensive storage needs.

Furthermore, given the 20 to 30-year lifespan of ships, those in operation today will still make up most of the global fleet in 2030. To meet the IMO decarbonisation targets, the industry will need to invest substantially in net-zero vessels. However, there remains reluctance due to a lack of clarity regarding future fuels and regulation that has exacerbated unwillingness to invest in new ships.

According to the University Maritime Advisory Services, it is estimated that for the shipping industry to meet the IMO carbon neutrality targets by 2050, the sector will need to invest at least $1.65 trillion, of which 87% will need to be dedicated to creating fuel supply infrastructure.

Decarbonisation decision-making across the industry is complex due to the fragmentation of the global shipping fleet; 20% of the total shipping capacity is owned by 10 ship owners while the remaining 80% of the global fleet is owned by thousands of smaller ship owners, alongside different forms of company ownership. This makes it difficult to get consensus in the industry. However, this collaboration is vital to stimulate the development of viable technologies, cross-sector research and systemic change across the shipping supply chain.

To deal with coordination efforts for the transition of shipping from ideas to action, orchestration of the industry stakeholders is vital. An example of this is the creation of a non-profit research centre, the Maersk Mc-Kinney Møller Centre in Copenhagen, Denmark, has a specific mandate to drive zero shipping emissions by stimulating greater collaboration across all segments of the shipping sector.

The centre is being guided by the shipping giant Maersk who themselves have managed to reduce their emissions by 41% relative to cargo moved by the end of 2017 with a reduction target of 60% by 2030 and carbon neutral by 2050, leading the decarbonisation agenda for the entire shipping industry.

Brian Østergaard Sørensen, vice president at MAN Energy Solutions, says, “No technology or company can do this alone which is why we need to join forces across the supply chain to meet this challenge.”

The centre’s team will focus on collaboration in order to create solutions towards accelerating the development of selected decarbonising fuels, decarbonisation pathways and assist in the establishment of a legal, financial and commercial framework to drive the transformation across the entire shipping industry by working with industry, academia and authorities.

Much like the research centre in Copenhagen, new industry alliances are being created, such as The Net Zero Asset Owner Alliance and the Clean Cargo Working Group. However, there needs to be greater and more diverse collaborative efforts across the industry due to the complexity of the problems to reach the targets.

While maritime organisations might compete with one another, there’s an opportunity to work together and build on the existing momentum to drive practical change towards reaching the decarbonisation objectives and create fundamental systemic change.