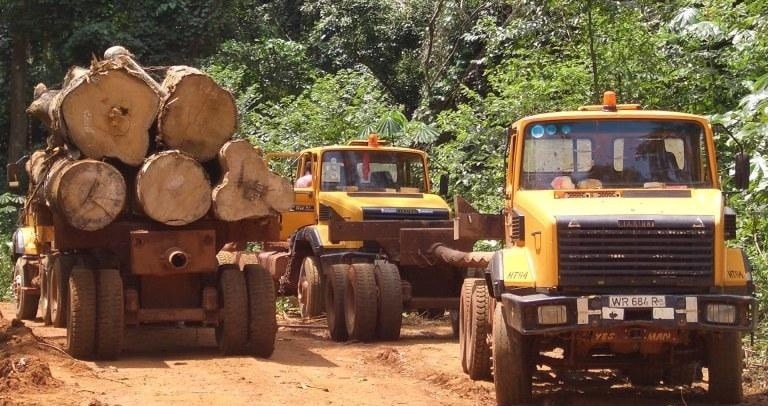 A new analysis conducted by the Zoological Society of London (ZSL) of 100 of the most significant tropical timber and pulp companies has found that over half do not publicly commit to protect biodiversity and just 13% actively monitor for deforestation in the areas they manage. The analysis shows an overall failure of timber companies to guarantee environmental protections for at least 11.7 million hectares of tropical forests.

The analysis shows that over half of these companies (54%) do not publicly commit to protect biodiversity and 44% have yet to publicly commit to zero-deforestation. Meanwhile, only 37% provide evidence of conservation, such as restoring river habitats or planting native species in degraded areas. Alarmingly, only 13% report actively monitoring for deforestation in the areas they manage.

Overall, these companies manage 11.7 million hectares of tropical forest around the world. However, as many of the companies do not disclose the size of the areas under their control, the real extent of at-risk tropical forests is probably far larger, despite the agreement to halve deforestation by 2020 in the New York Declaration on Forests (NYDF) which was signed by governments, representatives of the timber industry and NGOs in 2014.

Charlie Hammans, ZSL’s Forestry Technical Manager and leader of the analysis, says, “Tropical forests play a vital role as a carbon ‘sink’. They regulate global weather patterns, contain countless species and are home to 300 million people, yet companies still aren’t complying with the basic reporting standards expected of the sector.”

The assessments have revealed that significant improvements are required from companies to ensure the future of millions of hectares of carbon-rich forest.  Without adequate protection, forests are vulnerable to rapid deforestation and degradation, which often leads to the eventual clearance for other commodities such as palm oil, rubber or cocoa.

Hammans adds, “Worldwide trade in unsustainable timber threatens the livelihoods of indigenous and local communities and the existence of wildlife reliant on forest ecosystems. It is accelerating the loss of biodiversity and eroding natural protections against zoonotic viruses. Companies should focus on identifying previously degraded landscapes for new plantation development, alongside adopting robust environmental, social and corporate governance policies and constantly monitoring their implementation.”

COVID-19 has highlighted the risk of zoonotic diseases. Forest destruction and degradation, and the loss of biodiversity within ecosystems, are known to increase the risk of viral spill-over and make future pandemics more likely. In fact, this sentiment was echoed by the United Nations Environment Programme and the International Livestock Research Institute, who released a report warning that zoonotic diseases are increasing and will continue to do so without action to protect wildlife and preserve the environment.

With forestry operations and trade ministries worldwide keen to boost exports following the economic impact of the pandemic, governments and industries must improve sustainability standards and drive a green agenda.

Eugenie Mathieu of Aviva Investors says, “Deforestation, loss of biodiversity and climate change all pose significant financial risks, not only to the planet but also to economies, corporate bottom lines, and investors’ savings and investments. There is now a growing expectation for companies to publicly disclose and implement a zero-deforestation policy covering the entire supply chain, and establish a transparent monitoring and verification system for their suppliers. This analysis not only highlights the companies improving their disclosures, it also shines a light on the laggards that are failing to meet basic commitments to protect these critical habitats.”