15 Countries That Waste the Most Food 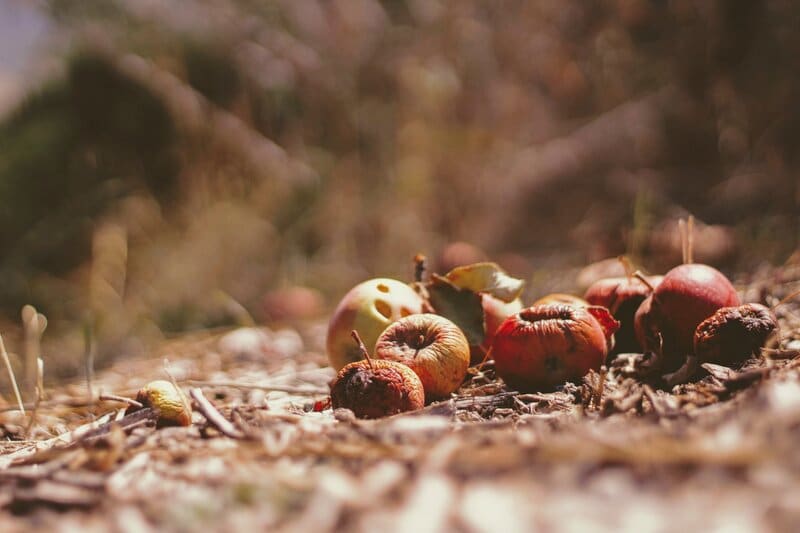 As the population continues to grow and climate change renders larger swathes of once-fertile land around the world useless, we need to ensure a global sustainable food supply. Part of this is acknowledging and reducing the immense amount of food that we waste. Food waste is a pervasive problem all around the world, not just among developed nations. Currently, over 800 million people are suffering from severe malnutrition, a shocking thought when one third of all the food that is intended for human consumption is wasted or lost. Further, if food loss were a country, it would be the third largest greenhouse gas emitter, behind China and the US. Food waste negatively affects the environment, the economy, food security and nutrition. Successfully dealing with the issue remains a great challenge for the coming years. Earth.Org has put together a list of 15 countries that waste the most food.

It is important to note that these statistics are in per capita which measures the average food waste per person. They are taken from Statista.com and the latest data is from 2017. 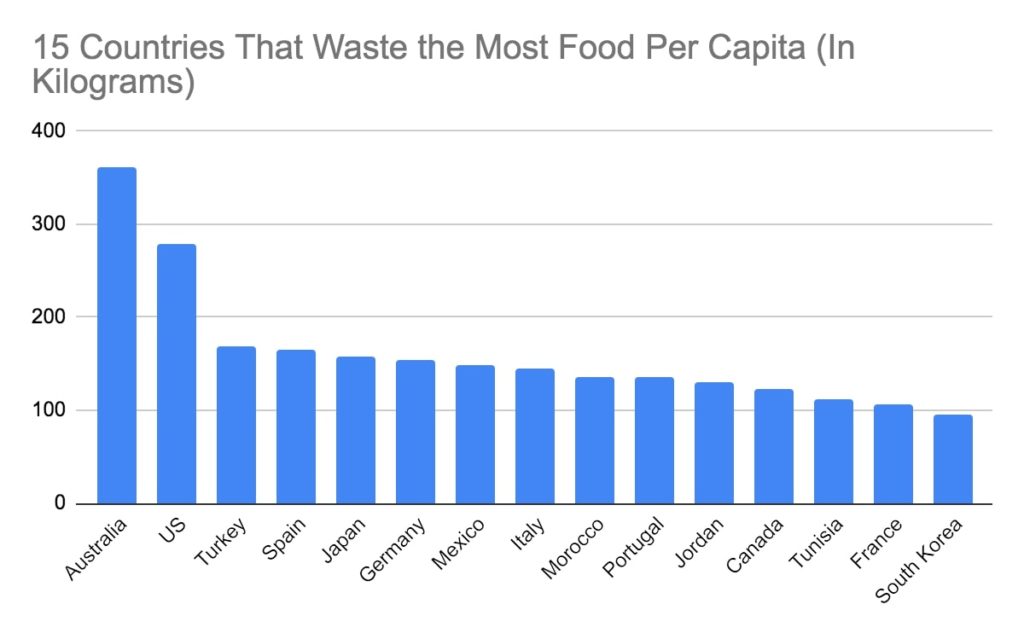 A graph of the 15 countries that waste the most food per capita (Source: Statista.com, graph created by Earth.Org).

To put into perspective the amount of food wasted in Australia and the US, Greece and China’s residents waste about 44 kgs of food per capita each year, compared to Australia’s and the US’ at 361 and 278 kgs per year respectively. As a whole however, the US actually produces more food waste than the UK, Germany, France, Italy and Sweden combined.

Fresh fruits and vegetables are the most commonly disposed of food. Residential homes are one of the largest producers of food waste, however the problem needs to be looked at at every link in the supply chain, from producers to processors to retailers to consumers. In developing countries, 40% of losses occur at the post-harvest and processing stages, while in developed countries, more than 40% of losses occur at the retail and consumer levels. At the retail level, large quantities of food are wasted because of quality standards that over emphasise appearance- in fact, half of all produce is thrown away in the US because it is deemed too “ugly” to eat; this amounts to 60 million tons of fruits and vegetables.

The food currently wasted in Europe could feed 200 million people, in Latin America 300 million people and in Africa 300 million people. Another sobering thought is that by mid-century, the world population will hit 9 billion people. By then, food production must be increased by 70% to meet this demand. It is therefore imperative that we reduce the amount of food wasted around the world; the failure to do so will cause a humanitarian crisis not seen before on this scale.