The impact of climate change has constantly reshaped the coastlines of Abu Dhabi. As the sea level continues to rise, by 2100, the coastlines are estimated to retreat by 2.26 to 3.81 kilometres.

Earth.Org has mapped the effect of severe flooding on Abu Dhabi by 2100.

Abu Dhabi is the United Arab Emirates’ second-most populous city after Dubai, and its center for politics and industry. Most of Abu Dhabi’s population and commercial and cultural activity is concentrated on its coastline, putting the bulk of its assets at risk from sea level rise.

When looking at our climate by the end of the century, there is uncertainty. Temperatures could increase by 1.4 to 5.8°C and sea levels could rise by 0.5 to 2 m. However, the most recent IPCC assessment has shown that the more we learn, the worse the situation appears. It would be wise for governments to prepare for the more extreme scenarios, and begin to seriously curb emissions.

In the case of Abu Dhabi, a sea level rise risk assessment study was conducted in 2012, where the authors estimated the proportion of urban area lost to the ocean for different scenarios. A half-meter rise would submerge 1.46% of the city, quickly jumping up to 9.45% and 15.89% for a 1.5 and 2 m rise respectively. The costs have not been precisely estimated, but considering Abu Dhabi’s economic importance (accounting for two-thirds of the UAE’s  US $400 billion economy), the damage could be in the billions of US dollars.

The impacts of rising waters could also have grave effects on the neighboring ecosystems, such as the precious mangrove forests. These coastal trees help soften the impacts of storms and floods, prevent erosion thanks to their roots, and trap large amounts of carbon. Unfortunately, they could be submerged, moving their ideal water depth further inland at a speed the ecosystem could not keep up with.

Despite an awareness of the mangrove’s value and the danger climate change poses, the United Arab Emirates remains one of the highest CO2 emitting countries per capita in the world. The facts are in front of them, and hoping for a mild future rather than assuming a worst-case scenario is now illogical.

Earth.Org has mapped severe flooding in Abu Dhabi by 2100 as a call to action. 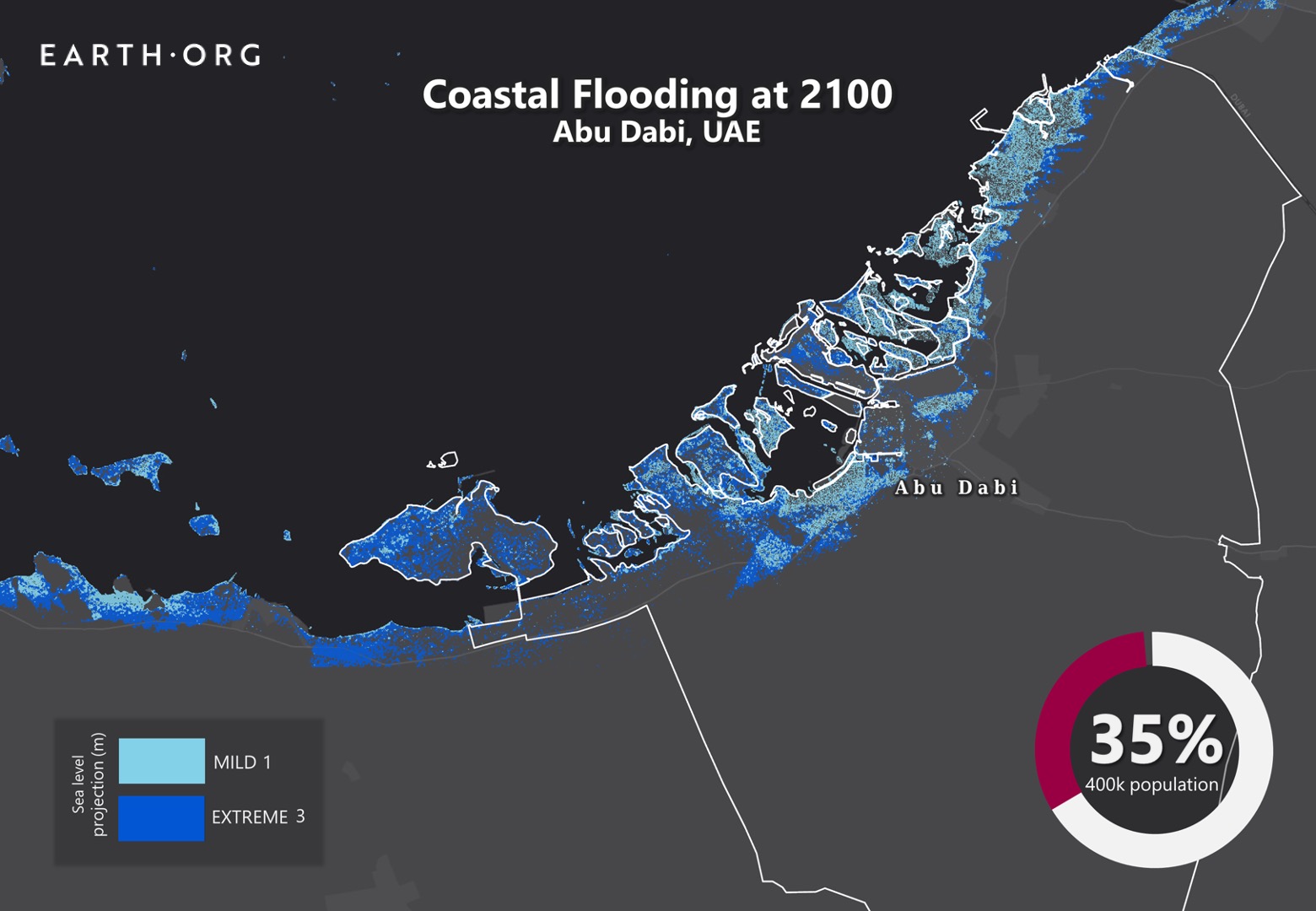