Tonga is an archipelago consisting of four clusters of islands, located northeast of Australia. With sea level rise at twice the global average speed, communities have already begun forced relocation.

The Kingdom of Tonga is an archipelago, which has 169 islands and only 36 of them are continuously inhabited. The island of Tongatapu is home to Tonga’s capital, Nuku’alofa. With a population of 70,000, it is home to 80% of the country’s population. The sea level around the country has risen by about 6 millimeters per year, which is double the global average. Similar to Palau, an island nation in the Pacific, higher ground in Tonga is mountainous and unsuitable for human habitation. A lot of infrastructure at sea level must be rebuilt annually as roads and paths are washed away due to the rising sea level and higher frequency of storms.

Several communities on the smaller islands have already relocated to other islands due to rising seawater and severe coastal erosion. The Hihifo District, southeast of the capital, feels climate change’s impacts most acutely. The combination of less rainfall due to the El Nino-Southern Oscillation (ENSO) and saltwater intrusion into the groundwater aquifer has left inhabitants with very little freshwater. In Ha’apai, a group of islands south of Tongatapu, coastal erosion has carved up to 40 meters of land off the island.

In 2010, the Tongan government developed a 5 years joint national action plan, Pacific Adaptation to Climate Change (PACC), that focuses mainly on water quality and access. Most Tongans remain vulnerable to displacement as they continue to lose ground to the ocean. It may not be feasible for the government to create a long-lasting defense for its people, in which cases Tongans may soon become a nation of climate refugees, likely moving toward New Zealand and Australia.

Earth.Org has modelled severe flooding in Tonga by 2100 to illustrate the urgent need for action today. 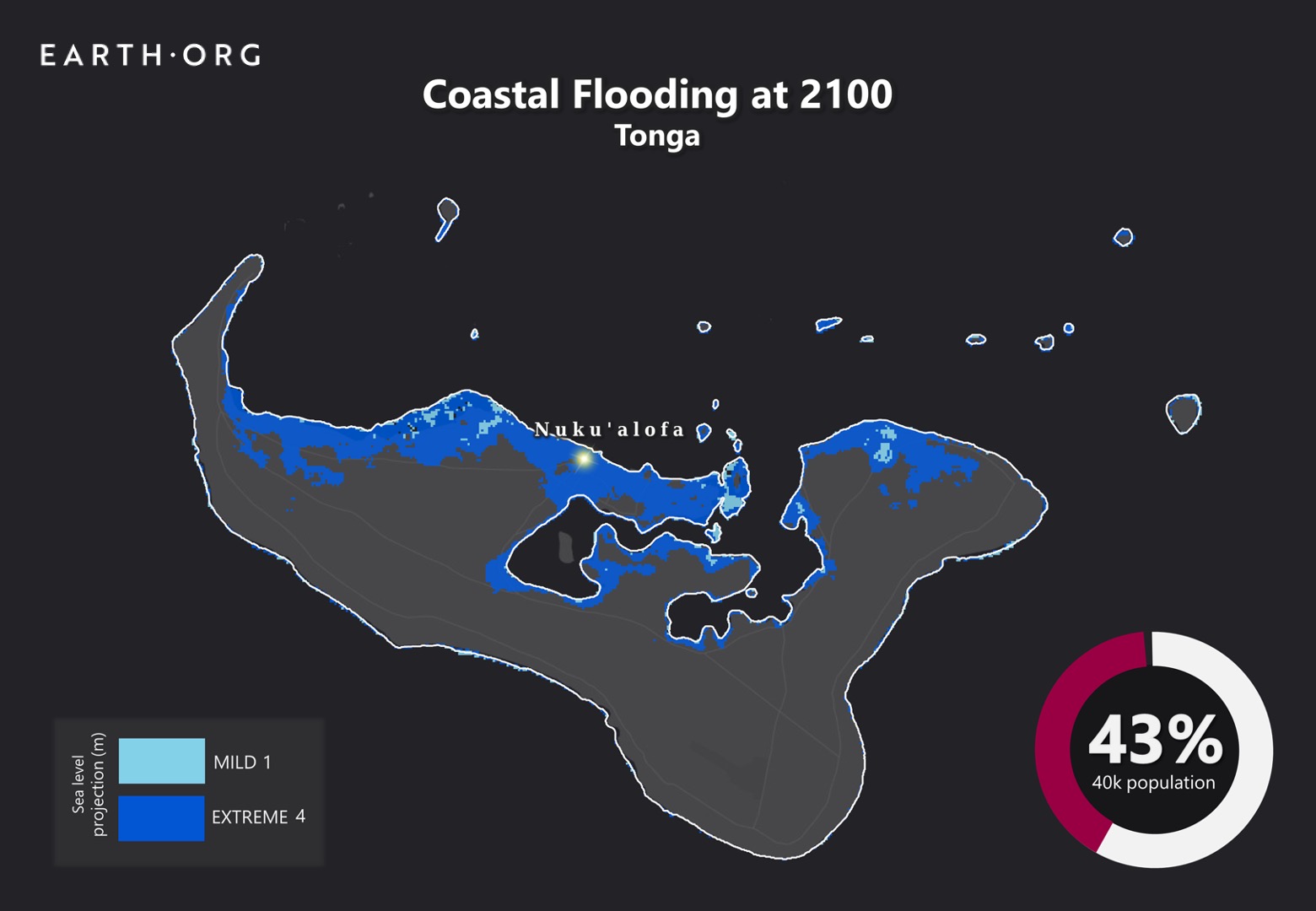