Ecofeminism is a movement that seeks to educate, elevate, and empower women in discussions on climate policy that can often lead to much more impactful outcomes. Though the concept has been around for decades, highlighting how gender inequality intersects with the environmental crises, ecofeminism has become more salient as growing research points to the disproportionate impacts of climate change on women, particularly in the Global South. The lessons we can learn from ecofeminism may hold the key to recognising how elevating women can help mitigate the climate crisis and create more equitable societies. These are some of the best ecofeminism books to start with.

Often regarded as the founding ‘mother’ of ecofeminism, Vandana Shiva pioneered the discussion and links between ecological crises, colonialism, and the oppression of women. Staying Alive is radical (at least the time it was published) text that uses feminist lens to foreground the challenges of women in the Global South; how rural Indian women experience the causes and effects of ecological destruction, and the role they play in stopping to the environmental devastation altogether and help regenerate the process. By delving into the history of development and progress, through violence against nature and women, readers learn that we are essentially threatening our own survival. But what makes this book relevant even to this day is its insights into how women can help untangle the destructive path that we’re on through their knowledge and vision, and what needs to be changed to create a paradigm shift in regards to development.

One of the most-referenced, classic ecofeminist books, Woman and Nature offers a no-holds-barred description of what misogyny is and means in society, and the process in Western culture, such as through language and science, by which women and nature have been subjected to a male patriarchy. The seminal work also explores women’s role and identification with the natural world; how they make sense of the world and reinterpretations of the human relationship to nature through beautiful prose and poetry and persuasive language. Griffin draws from all kinds of materials, from unremarkable medical texts to classical literatures, to highlight how patriarchy has seeped into all facets of life, and to encourage readers to review language in a new light.

Third of our list of top ecofeminism books is this academic and philosophical text on how ecofeminism and other theories including radical environmentalism are related and interconnected. Val Plumwood also details how relating male domination to the domination of nature have ties to the fundamental roots of the world’s current dilemma. Considering the prominence of these two thoughts and political movements that have emerged in the late twentieth century, Plumwood argues that feminist theory has an opportunity to make major contributions to political ecology and environmental philosophy, which arguably helped shaped today’s climate justice movement.  The Australian ecofeminist and intellectual takes issue with deep ecology, instead, she puts forward a better way of relating to the world is by through the spirit of friendship; worth is not proved by how similar something is to you, but by what it can offer you by being itself.

4. The Sexual Politics of Meat: A Feminist-Vegetarian Critical Theory (1990), by Carol J Adams

Though the title alone certainly received plenty of attention (and criticism), The Sexual Politics of Meat has also become a landmark, albeit controversial, text on the debate surrounding animals rights as well as society’s ingrained misogyny and obsession with meat and masculinity. The book provides no shortage of critical analysis of feminist literature, but the main takeaway is that meat-eating is strongly interrelated to other forms of oppression; Adams likens meat-eating to animals is what white racism is to people of colour. It’s worth checking out the 2015 edition, in which Adams published a new (and comprehensive) afterword, as well as updated discussions based on more recent discourse.

In Anne Karpf’s compelling analysis of the climate crisis, she explores how those who suffer most from climate change are those who have done least to cause it. And in acknowledging that fossil fuel executives have historically been men, the question is being put forward whether installing women in the same positions would therefore induce and inspire change and progress. However, don’t let the title fool you; the sociologist at London Metropolitan University has no interest in providing a guide on what and how women should tackle climate change specifically, but rather addresses how gender politics is closely intertwined with the climate crisis. With gender equality, we can inherently fix the climate emergency. Packed with refreshing interviews with female activists around the world, the book also offers concrete visions including a call for a Green New Deal for Women.

Some of the world’s most prominent ecofeminists, including Carol J. Adams, Karen Davis,  A. Breeze Harper and Pattrice Jones, have contributed to this anthology of powerful and candid essays that addresses interconnections between speciesism, sexism, racism, and homophobia. These 14 activists have shared deeply personal and sometimes harrowing accounts of cockfighting, factory farming, vivisection and the bushmeat trade to illustrate the human oppression of animals, forcing readers rethink how their daily choices affect animals and the changes they can bring for the abused. Sister Species also seeks to remind readers that women have always been important to social justice and animal advocacy, and the inherent links between feminism and animal activism.

There’s no better example of ecofeminism in action than this inspiring story of environmental justice activist Catherine Coleman Flower. Her award-winning memoir follows Flowers’  journey from a country girl in Alabama, known for its violent, racist history, to a student civil rights organiser, to her groundbreaking work to ensure basic sanitation to poor and minority communities. Far too many people in the country lack the means of disposing of their waste, a situation which Flowers describes to be America’s dirty secret. As climate change and other environmental problems continue to bring more sewage to more backyards, clean sanitation is a ticking bomb issue. Besides discussions of human dignity, the book also addresses systemic class, racial, and geographic prejudice that foster Third World conditions not just in Alabama, but across America.

8. All We Can Save: Truth, Courage, and Solutions for the Climate Crisis (2020), edited by Ayana Johnson and Katharine K. Wilkinson

60 of the world’s leading women climate activists have lent their voices and insights in this provocative book of essays and poetry. Amid the growing global movement of climate activism, where the highest-profile leaders are often women and girls, the book demonstrates how they are the agents of change and have the power to offer solutions in mitigating climate change. We need leaders who are rooted in compassion, connection, creativity, and collaboration to solve this existential crisis. Through persuasive and illuminating language, poetry and art, these activists hope to inspire more to join their movement, and the confidence and courage to take action, no matter the arena.

9. Refuge: An Unnatural History of Family and Place (1991), by Terry Tempest Williams

Refuge is a rather unconventional book that is both an intimate and personal retelling of Williams’ mother’s losing battle with cancer, and a deeply analytical discussion of the ecology and wilderness preservation of the Great Salt Lake. Being forced to confront the concepts and realities of death, Williams began exploring human’s relationship with nature, women’s health, before coming to the conclusion that we are living in a world ultimately controlled by natural forces. The author (and poet)’s fierce love of nature bleeds through every page, especially for the aforementioned lake and the birds of Utah, and transforms tragedy into a story of renewal and spiritual grace, making this an essential read and one of the top ecofeminism books to pick up.

Last but least of our pick of best ecofeminism books is notable botanist and citizen of the Potawatomi Nation Robin Wall Kimmerer’s comprehensive work about plants and nature. Filled with indigenous wisdom interweaving with science, this unique yet powerful book aims to instil in readers that nature is our oldest teacher; only when we choose to understand the language of other beings can we accept the generosity of the Earth and ensure a reciprocal relationship with the rest of the living world. With the aid of eloquent and beautiful writing, Kimmerer effectively conveys her love of land and nature, or as she writes, “this is really why I made my daughters learn to garden – so they would always have a mother to love them, long after I am gone.”

If you liked these ecofeminism books, you might also like: 20 Best Books on Climate Change and Sustainability in 2022 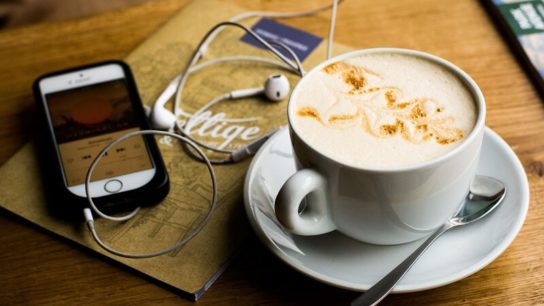