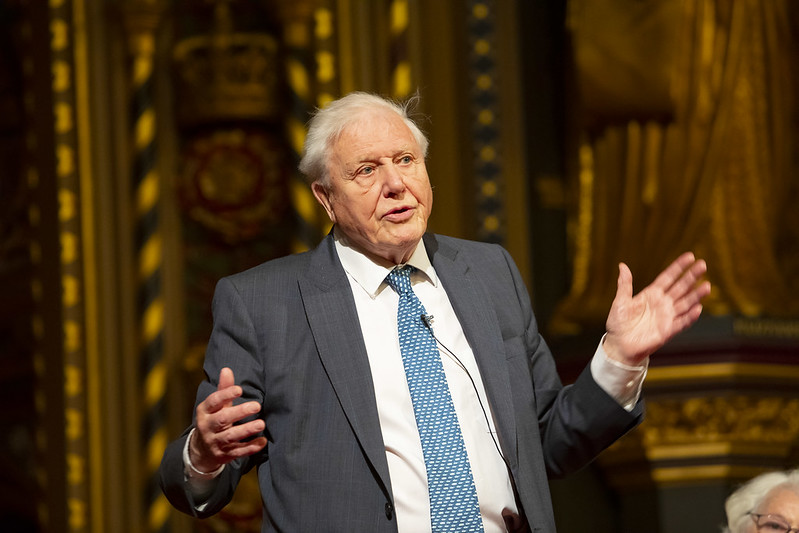 Environmental issues have proved themselves to be an increasingly hot subject in film and television. With access to a wide range of environmentally-themed documentaries or movies, it might be overwhelming searching for entertaining yet educational content. From old to new, here are 16 of the best environmental films of 2020, covering topics including climate change, water ecosystems, the animal industry and sustainability.

First on our list of the best environmental films is The Human Element. Centred around climate change, The Human Element chronicles the quest of environmental photographer James Balog to highlight how the four elements — air, earth, water and fire — are being altered by the fifth element of human activity. Pioneering in its videography, the documentary reveals how global warming has drastically contributed to wildfires and hurricanes that disrupt human-nature balance. To examine the impact, Balog visits Americans at the forefront of climate change, including inhabitants of Tangier Island, a fishing community facing rising sea levels. The documentary encourages audiences to reconsider their relationship with the natural world.

To sound the alarm on global warming, Before the Flood is a collaboration between actor and Earth Alliance co-founder Leonardo DiCaprio and National Geographic. Taking viewers around the world, the documentary features poignant accounts of how different stakeholders are affected by climate change, through deforestation, rising sea levels and other human activities. The film calls for world leaders to fight for a more sustainable future and arms viewers with solutions they can implement into their lives, from reducing meat consumption to voting for leaders who will initiate positive environmental change.

2040 is a refreshingly optimistic pick if you want something less grim. Rather than focusing on the urgency of problems, the solution-oriented documentary seeks out creative alternatives to tackle challenges of climate change. In particular, it imagines technological breakthroughs which, supported by academics and ecological experts, have the potential to reverse the situation by the year 2040. Cases in point include renewable energy like rooftop solar, shifts towards regenerative agricultural practices, and the versatile use of seaweeds as a facilitator of food security.

An Inconvenient Truth is a concert film recounting former US Vice President Al Gore’s campaign in 2000 to educate people about global warming, making the documentary stand out in its experimental narration. This presentation on climate change, Gore claims, has been delivered to worldwide audiences more than 1 000 times. Apart from detailed graphs, flow charts and visuals, the Keynote slide show also collates personal anecdotes of Gore such as his college education with an early climate expert. The film concludes with Gore stressing how “each one of us is a cause of global warming, but [….] the solutions are in our hands.” This is one of the seminal- and best- environmental films made.

Moving on to water habitats, RiverBlue follows Canadian conservationist, professor and paddler Mark Angelo embarking on an unprecedented three-year river journey around the world. During his adventure, he unveils the irreversible damage that the global fashion industry has inflicted on water supplies. Through interactions with local conservationists interspersed with footage of rivers and seas heavily polluted by toxic chemicals, this eco-fashion film urges us to reevaluate our thirst for fast fashion and reorient our consumption practices.

Produced by Patagonia, Artifishal exposes the impacts of overfishing, with a specific focus on wild salmon, which are now on the verge of extinction in North America. The documentary sheds light on the implications of wild salmon farming in aquaculture farms and fish hatcheries which is one of our many attempts to exploit nature for profit. Artifishal opens a rarely honest window on how our obsessive taste for seafood is eroding the diversity of ecological systems.

A Netflix original documentary, Chasing Coral, captures an assembled team of divers, photographers and scientists striving to document the alarming disappearance of coral reefs in warming oceans. They set out on an ocean voyage, discovering numerous bleached coral reefs around the world.  By unraveling the underwater mystery in a time-lapse framework, film producers illustrate that the looming death of aquatic life is an environmental tragedy of our own making and can only be prevented through active intervention.

This new documentary serves as the “witness statement” of 94-year-old naturalist David Attenborough, who traces his career as a natural historian and outlines how the biodiversity of our planet has degenerated over his lifetime. The narrative starts in Pripyat, the ghost city home to the former Chernobyl Nuclear Plant, and traverses across various locations including the African Serengeti. He laments over a drastic decline in wildlife, caused by humans. Attenborough ultimately articulates hopes for the future and brings to the forefront solutions that may restore biodiversity. Looking at his career that spans five decades, this could easily go down as one of the best environmental films of all time.

A moving documentary released by Netflix, My Octopus Teacher captures filmmaker and diver Craig Foster forging a peculiar friendship with a wild common octopus. Filmed in an underwater kelp forest in False Bay near Cape Town, South Africa, his once-in-a-lifetime experience includes tracking the octopus’s movements every day, witnessing how the octopus defends herself against pyjama sharks and eventually dies after mating. Foster describes the effect of this unusual encounter on his life and further reflects on his relationship with his son, who has now become interested in the wonders of marine life.

The poaching of elephants for ivory is inarguably a paradigmatic example of unsustainable trade in wildlife commodities, which is exactly what The Ivory Game delves into. This Netflix documentary features two undercover filmmakers investigating the multi-million-dollar ivory trade in China and Hong Kong, as well as its complexities and repercussions. The documentary also delves into the deep-rooted corruption fuelling the trade. Meant to incite a worldwide call to stop the trade, the film warns us of the impending extinction of elephants within the next 15 years if no action is taken.

Also centered on the animal industry, Cowspiracy: The Sustainability Secret dissects the catastrophic impacts of animal agriculture such as deforestation, water pollution and topsoil erosion. Identified as the most destructive industry facing the planet (and ironically the most unchallenged one), animal agriculture is further revealed to be responsible for more greenhouse gas emissions than the combined exhaust from all transportation. Implicit at the heart of the documentary also suggests a certain reluctance for leading environmental organisations to openly discuss this issue, and filmmaker Kip Andersen further probes their policies.

If you’re looking for a more intimate story that inspires change, this is a must-watch. In No Impact Man, American writer and blogger Colin Beavan partakes in a year-long experiment to radically reduce his carbon footprint, but his wife is hesitant to abandon her consumer comforts. The struggles that characterise the zero-carbon experience of the Manhattan-based couple invite viewers to individually question their personal habits and lifestyle choices. This is a light-hearted look at environmentalism that might perhaps strike us as more relatable: After all, who doesn’t get emotionally stressed when trying to change our ways?

Sustainability covers multiple aspects, food being one of the most notable. Food Inc. looks into how the fast food model employing harmful practices of corporate farming and agribusiness degrade the health of people and our planet. The film inspects the industrial production of meat and grains and vegetables and wraps up by pointing out the manipulative power of American multinational corporations who supply cheap but chemical-ridden food. By drawing attention to the recent booming trend of organic foods, the film compels us to make more environmentally conscious eating choices.

Energy is another aspect that sustainability touches upon. This documentary addresses the business of renewable energy by portraying unemployed workers in Richmond, Northern California engaging in green-collar job training to work in the field of solar installation. Also referencing the history of solar technology in the US and success stories of German and Indian clean energy businesses, Catching the Sun debunks the misconception that renewable energy requires sacrificing economic prosperity. Instead, these solutions are becoming more affordable, hopefully paving the way for a cleaner, greener future.

This is last on our list of the best environmental films, although certainly not least. Documentaries aside, here is an apocalyptic action movie in the realms of science fiction. The Day After Tomorrow is loosely based on the climate-induced disruption of the North Atlantic Ocean circulation, triggering global cooling and inevitably, a new ice age. Racked by abrupt global warming, the dystopian world drives home the message that human pursuits are transforming the climate which might lead us into unforeseen peril in the face of nature’s wrath.

Whether your tastes lean more towards plot-based narratives or documentaries, this list of some of the best environmental films offers something for everyone to get a rounded view on the problems of today and the potential solutions that come along. 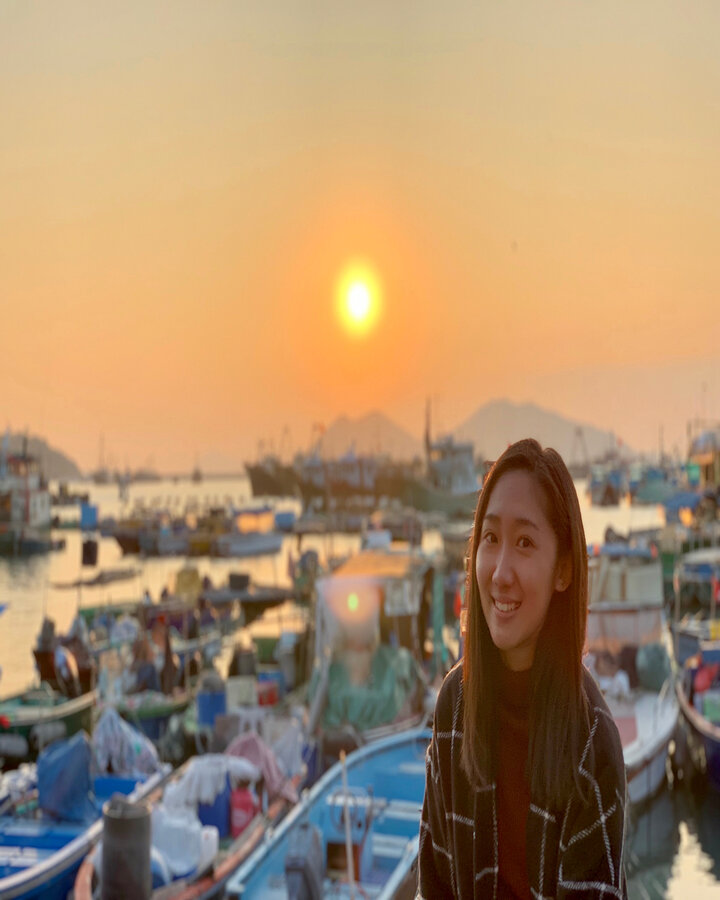